This is a companion post to yesterday's discussion about High Temperature Categories.

Over the course of a year is Fairbanks more likely to have a low temperature in the 20°s, 30°s, or 40°s? Fairbanks actually has more days with low temperatures in the 40°s than any other 10° category.

To be included in this analysis a station was required to have at least 10 complete year's of data since 1981. In Alaska, Airport stations (USW) and Cooperative stations (USC) were evaluated. In the Lower 48, only Airport stations were looked at. A total of 88 stations in Alaska met the selection criteria.

Only 2 stations had more days with high temperatures in the 50°s than any other category – Anchorage's Merrill Field and Lake Hood. The lowest category is 'Below -19.' I suppose it would have been better to create 10° categories all the way down to the -70°s but that would have made for an awful lot of empty categories. Therefore, places on the North Slope that peaked in the Below -19 category would have a different peak category with the continuation of the groupings (see Collville Village in Figure 1).

Figure 1 shows a sample of low temperature distributions for five stations across Alaska. Figures 2 and 3 are maps that show the spatial distribution of the peak categories. Without question, 30°s and 40°s rule the State. As noted in the earlier paragraph, they should probably cover an even larger area than they do in Figure 2. 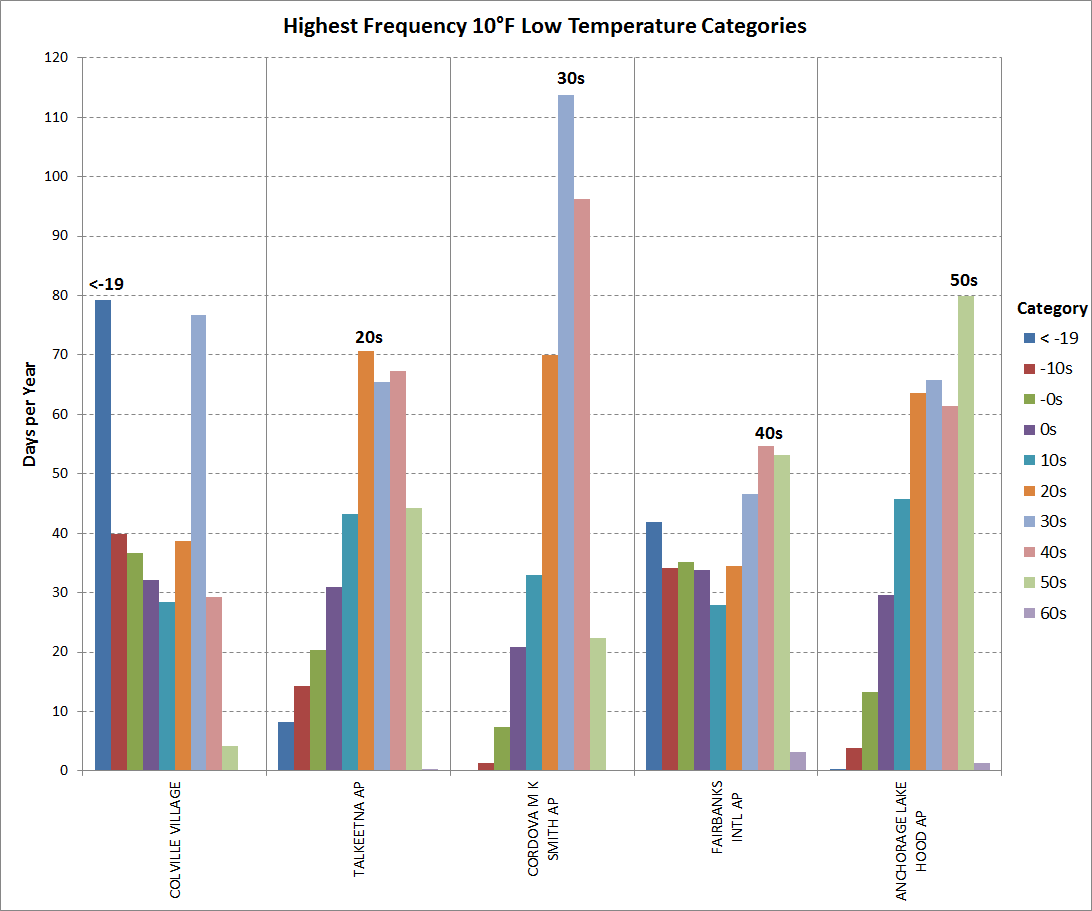 Figure 1. Table of tow temperature distributions for several stations is Alaska. Each station has a peak value in a different category. 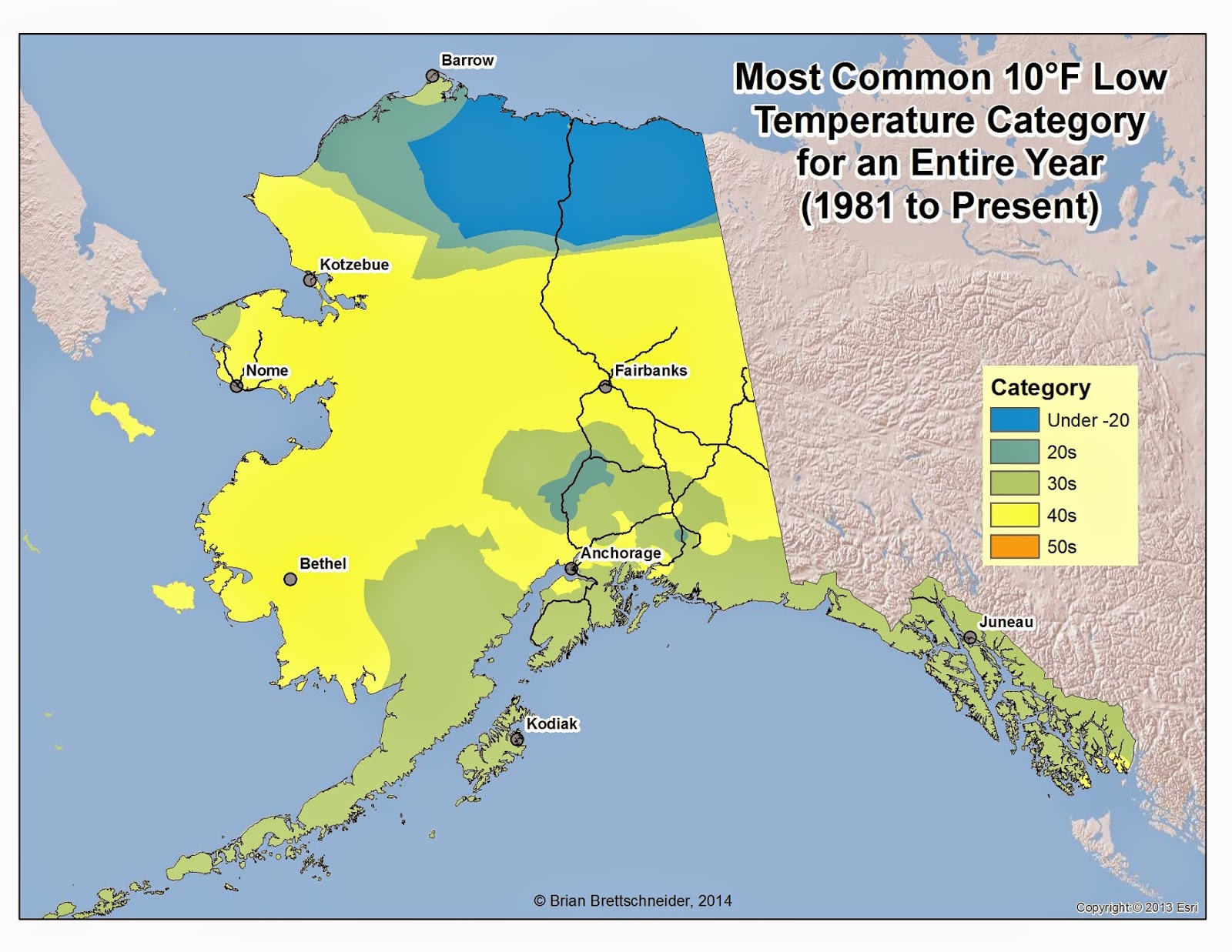 Figure 2. Map showing the distribution of most frequent 10°F low temperature categories in Alaska. Note: No stations had peak values in the -10°s, -0°s, +0°s, or the 10°s but the interpolation algorithm assumes those categories exist. 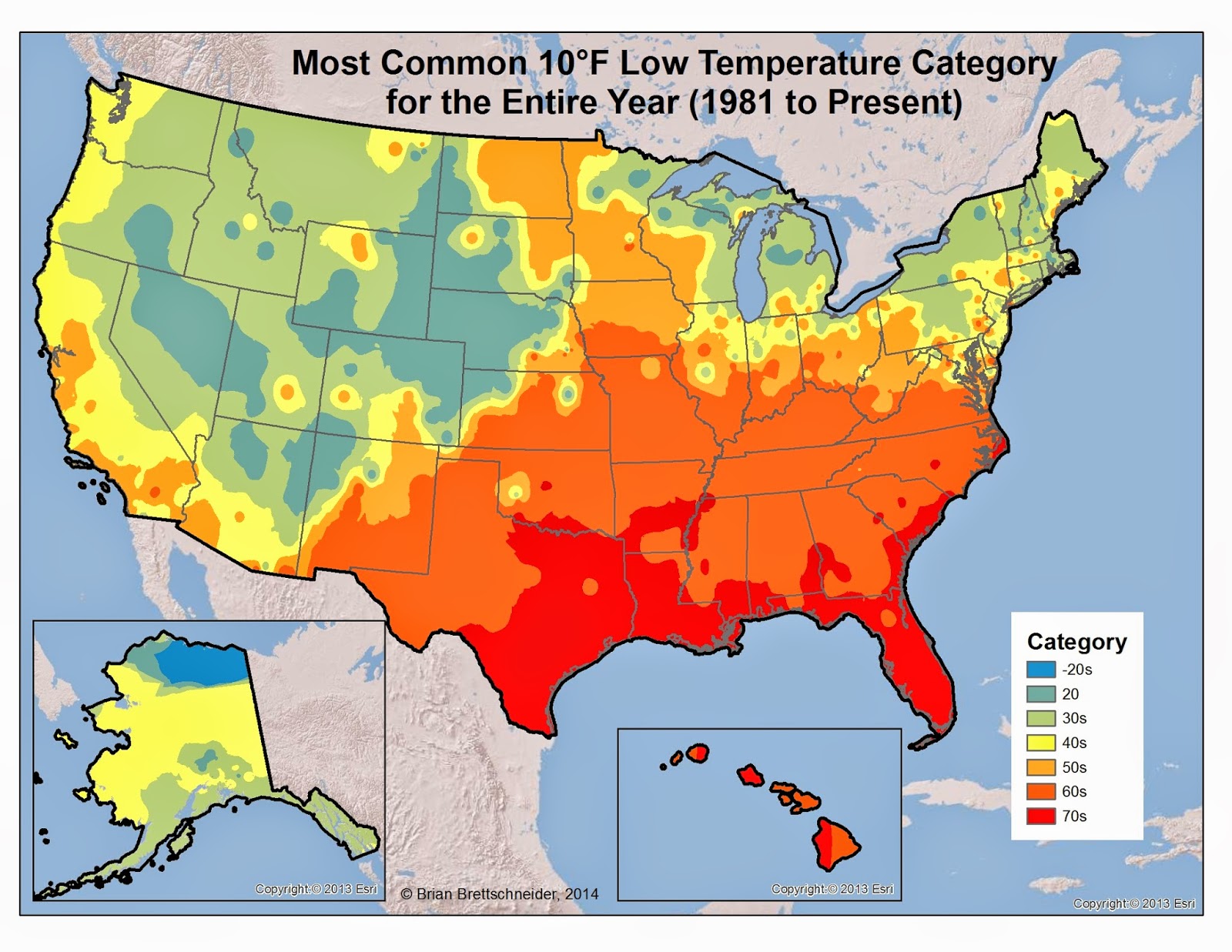 Figure 3. Map showing the distribution of most frequent 10°F low temperature categories in the U.S..