Weather warnings have been hoisted across interior and northern Alaska today, as a powerful cold front makes its way eastward across the state.  Heavy snow was reported at Fairbanks airport between 3 and 4 pm, and this is a rarity in the Fairbanks climate.  The last time heavy snow was reported in Fairbanks was in the epic snowstorm of February 2011.  The current weather situation bears resemblance to the active weather pattern in the last 10 days of that month - read more about it here:

Looking farther back in the history of hourly observations at Fairbanks, heavy snow has been reported on only 17 previous occasions since 1950 (I threw out a couple of bogus reports).  Only 12 of these were during the winter months of November through March, so that's an average rate of about once every 5 years during winter.  Interestingly February has seen more occurrences of heavy snow than any other month, with 4 previous events that produced snow totals of 16.8" (1977), 5.9" (1981), 14.5" (1996), and 18.6" (2011).

Here's the scene at the Golden Heart Plaza at 4pm, with Iron Dog festivities hurriedly wrapping up under the heavy snowfall. 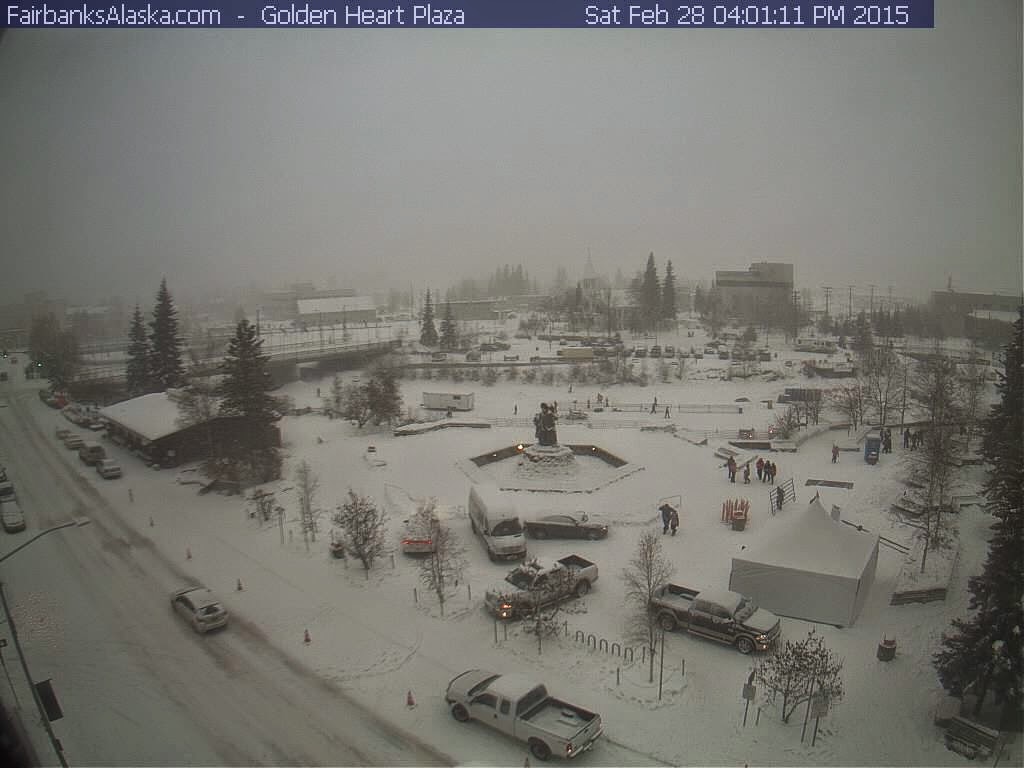 The following maps illustrate the meteorological situation at 3pm AKST, with a pronounced 500mb shortwave and vorticity maximum just upstream of Fairbanks and a strong 925mb temperature gradient across northwestern Alaska.

The preliminary 3pm surface analysis from Environment Canada shows (in the far upper left, click to enlarge) the strong surface low just to the northeast of Barrow.

As the low moves east and colder air rushes in, a severe blizzard is expected to develop over the eastern North Slope.  The NWS forecast discussion notes that "wind gusts are expected to increase to at least 80 mph this evening".  The intense temperature gradient and wind associated with the front are evident in the graphics below, which show a time-height cross-section of forecast conditions at Barter Island.  As of this hour, winds have gusted to 51 mph at Deadhorse and at least 58 mph at Nuiqsut (although the anemometer has now stopped reporting).  Interestingly the Umiat RAWS is reporting wind gusts to 54 mph, so the high winds are extending well inland from the ocean. 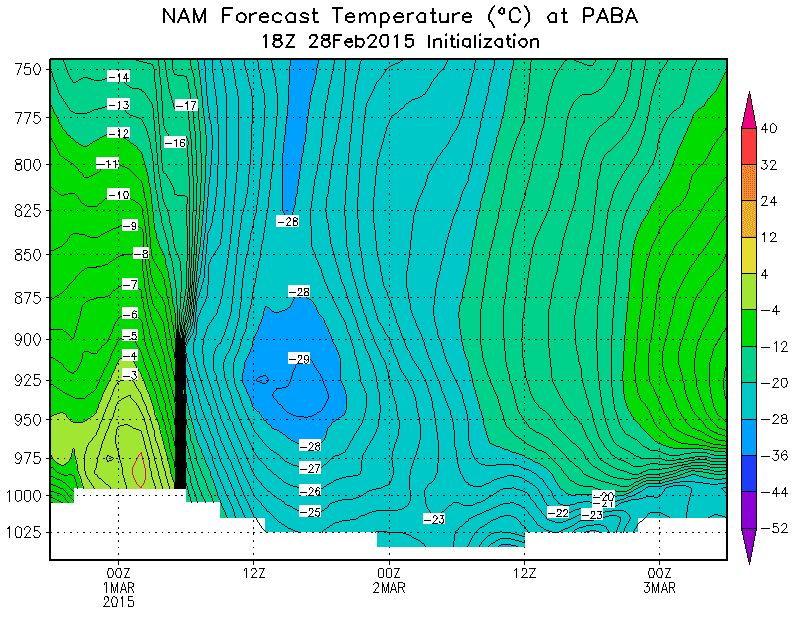 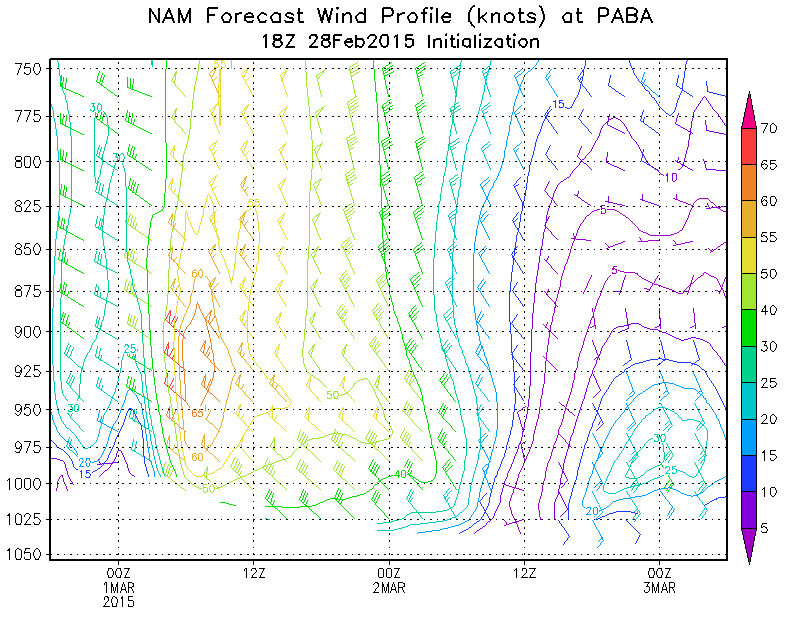 Finally, for reference, here is a recent plot of METAR observations showing the heavy snow in Fairbanks and the building blizzard on the eastern North Slope.