In what may be the least surprising weather development this winter, warm conditions have returned to many parts of Alaska in recent days.  The PDO is still very strongly positive.  Bettles has reported a high temperature of 30 °F the last four days including today; the last time four consecutive days were this warm in December through February was in 1991.

The charts below show the temperatures compared to normal since November 1 at Bettles, Fairbanks, Barrow, and Kotzebue.  The late January cold snap stands out as significant at Bettles - although it wasn't anything special by historical standards.  Remarkably, Barrow has not yet seen a single day with daily mean temperature more than 1 standard deviation below normal, and this is unprecedented if we compare historical temperatures to the modern normal. 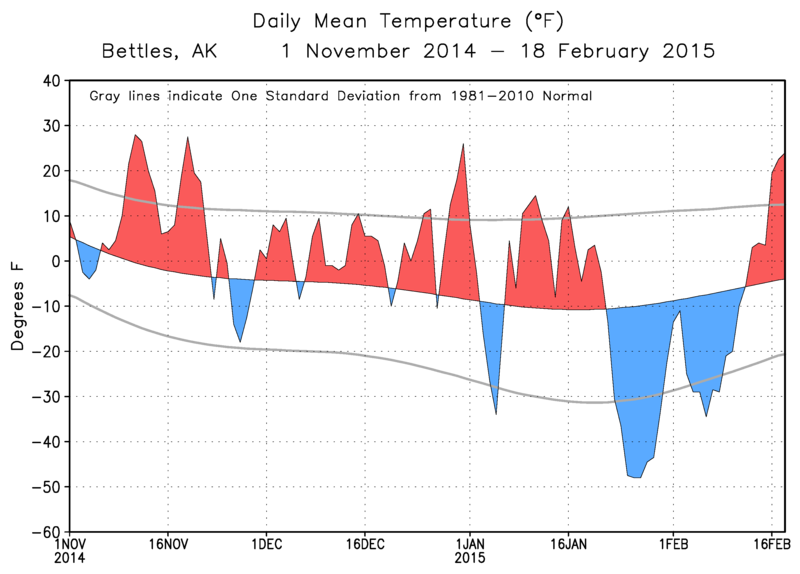 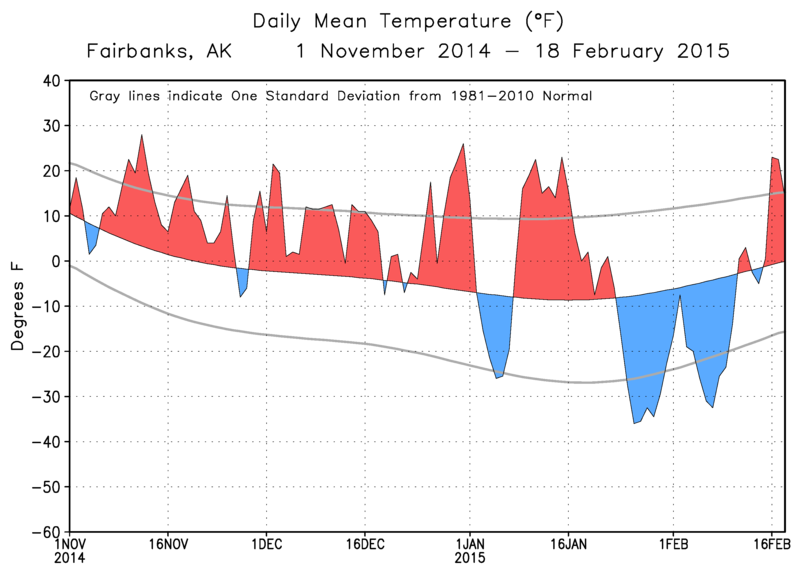 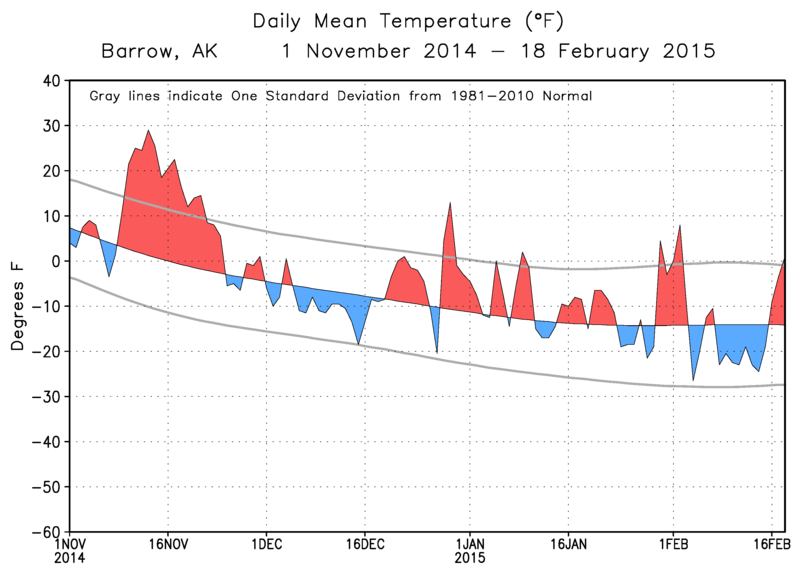 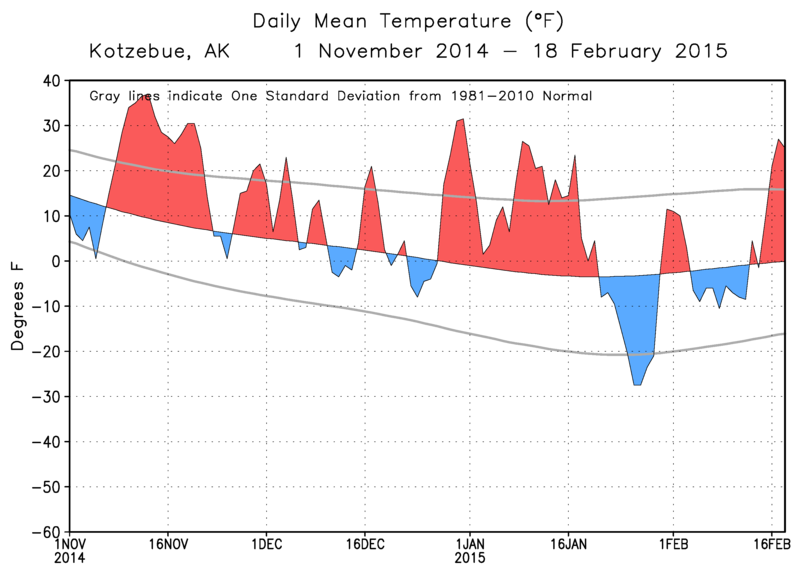 The snow drought continues in Kotzebue, with a meager 4.3" of snow in 2015 so far, and still only 4 inches on the ground.  The snow depth has not yet exceeded 4", which is a record low.  The ranked observations of total snowfall and maximum snow depth through February 18 are shown below.  The colored markers highlight the most recent 12 years, showing that this winter is the complete opposite of the very snowy conditions observed often in recent winters. 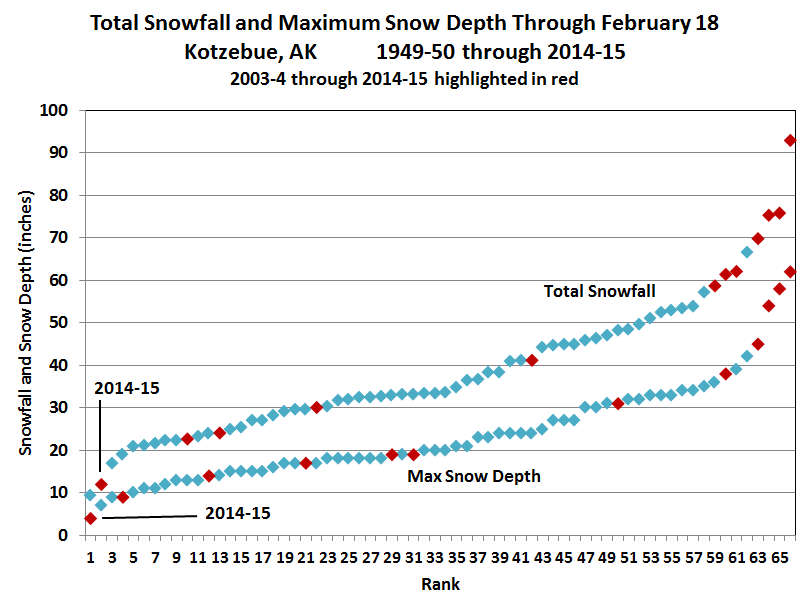