As Rick alluded to in his post yesterday, this is the time of year when temperature inversions usually become more persistent and dominant in the Fairbanks area.  In fact, today is the day when the climatological daily mean temperature becomes lower at Fairbanks airport than on Keystone Ridge (the latter being over 1100 feet higher); this will remain true until mid-April. 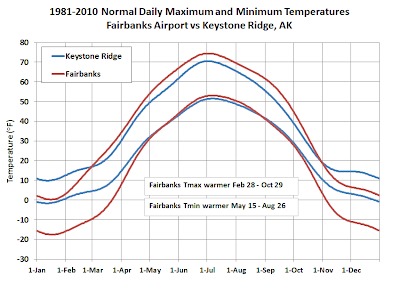