In a rapid response to the cooler - though still much warmer than normal - conditions, ice has begun to form on inland waterways across northern Alaska.  The webcam photo below, courtesy of Pro Music in downtown Fairbanks, shows some thin ice on the Chena River, and FAA webcams reveal a similar situation on the Yukon River at Beaver and the Koyuk River at Koyuk (also shown below).  It is interesting that in the case of Koyuk, the lowest the temperature has dropped is 27 °F, but with a stiff breeze today, that is all it took to begin the process of freeze-up. 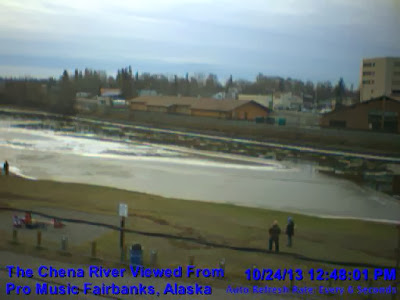 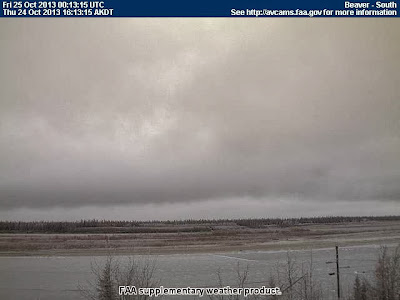 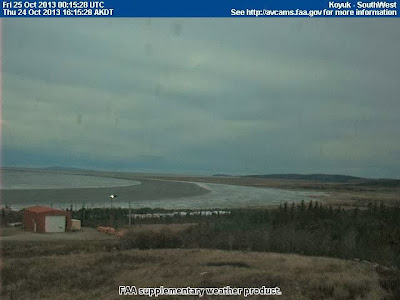 Also of interest is the view from Kivalina, on the Chukchi Sea coast northwest of Kotzebue.  Despite temperatures only dropping below freezing yesterday evening, and a morning low temperature of only 24 °F, the lagoon behind Kivalina shows a substantial amount of ice today.  There's just no getting around the inevitable for this time of year. 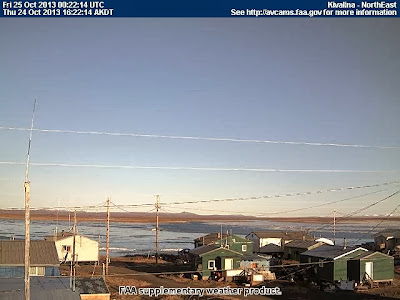 Posted by Richard James at 4:55 PM