If temperature data were exactly normally distributed, we would expect that 16.6 days per year would be +/- 2.0 standard deviations from the mean. In actuality, the long term average for Fairbanks (and Anchorage) is 14.6 days per year. I believe this discrepancy is due to a few large outliers pushing the standard deviation values higher than what would be expected from pure normally distributed data. 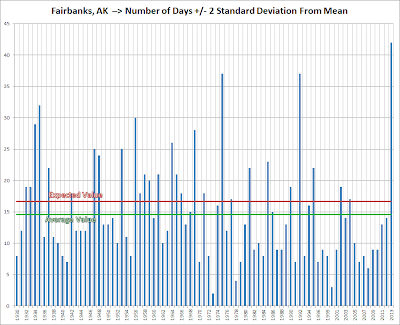 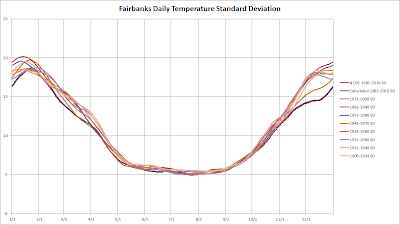 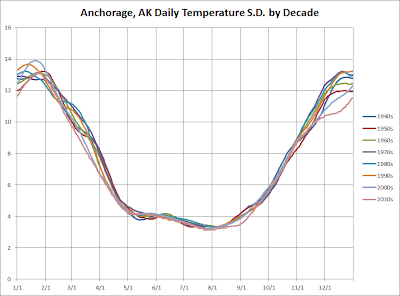