Heading into some of the warmest late October weather in years, here's an update of normalized daily temperature departures for Fairbanks for 2013. The upper plot is the daily values, the lower plot the 5-day running mean (to help see the patterns). Recall that standardized anomalies are nothing more than the departure divided by the standard deviation, and makes for an equal comparison across the seasons. This is highly useful in Interior Alaska, where typical variability of cold seasons temperatures is several times greater than the warm season. Each passing day now without snow cover becomes more significant, with daily mean temperatures falling at nearly a degree a day, and it's quite likely that daily departures will exceed two standard deviations later this week, 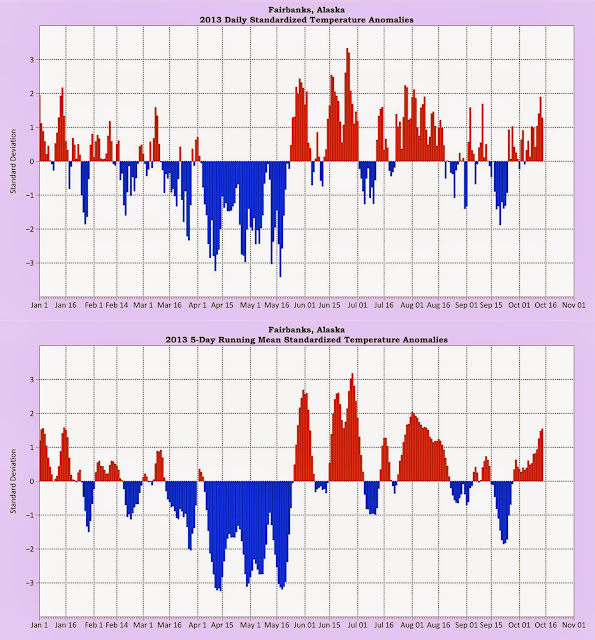