While browsing the UAF Puffin Feeder the other day, I noticed this image of the Arctic coastline. The image was taken with the Suomi NPP using the VIIRS sensor. Amazingly, there is no snow on the ground around the Mackenzie River Delta and no ice along the shoreline. The cyan (light blue) colors represent snow and ice and the milky white areas north of the coast are clouds. A similar image obtained today is much cloudier but the patterns visible through occasional breaks look nearly the same. This morning's sounding from Barrow showed a freezing level of 3,200' AGL and temperatures along the coast were at or slightly above freezing. 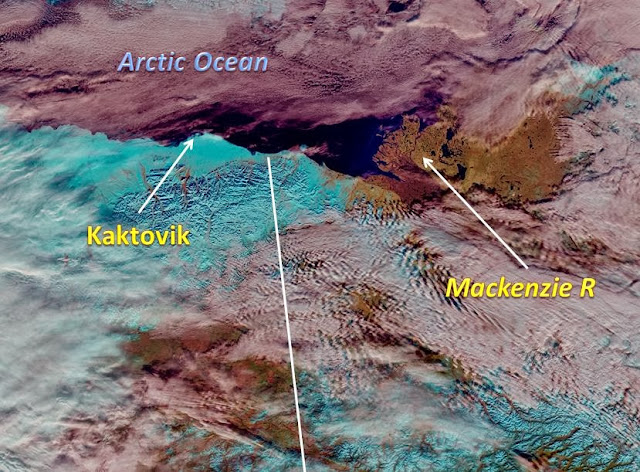