Today, May 15th, is the average date for the last freeze at the Fairbanks International Airport using data from 1981 to 2013. If we look at the entire station history for the Airport, the average last date is May 16th. The low today in Fairbanks was above freezing and the 7-day forecast calls for above freezing low temperatures on every day. Therefore, it is entirely possible that the 31°F reading from yesterday (May 14th) will go down as the last freeze for the 2013-2014 winter. While this is almost average, it turns out that the number of sub-freezing days this winter was far less than average. In fact, only 211 days recorded temperatures below freezing. The 210 days in the winter of 1982-1983 is the only season since 1948-1949 with fewer freezing days. Figure 1 shows the annual last freeze date and the total number of freezing days. 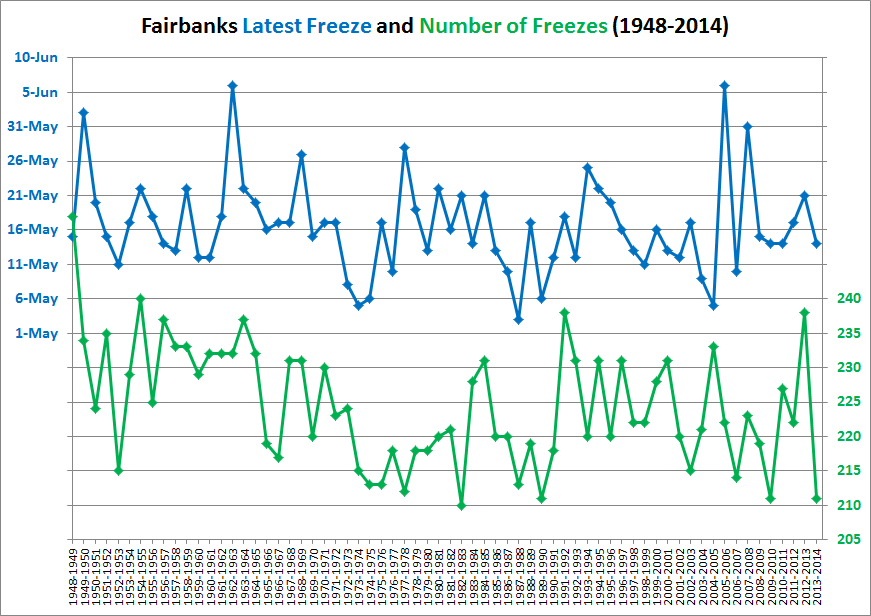 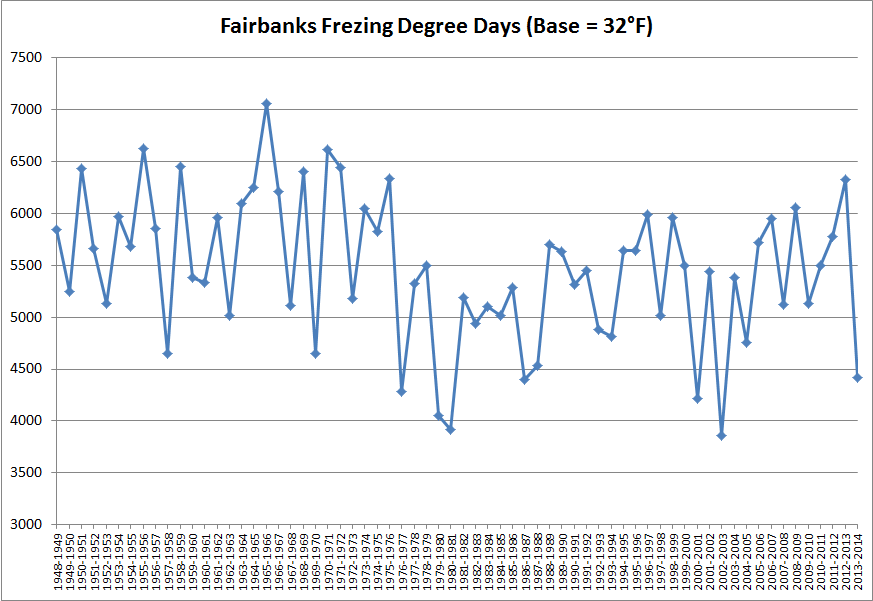 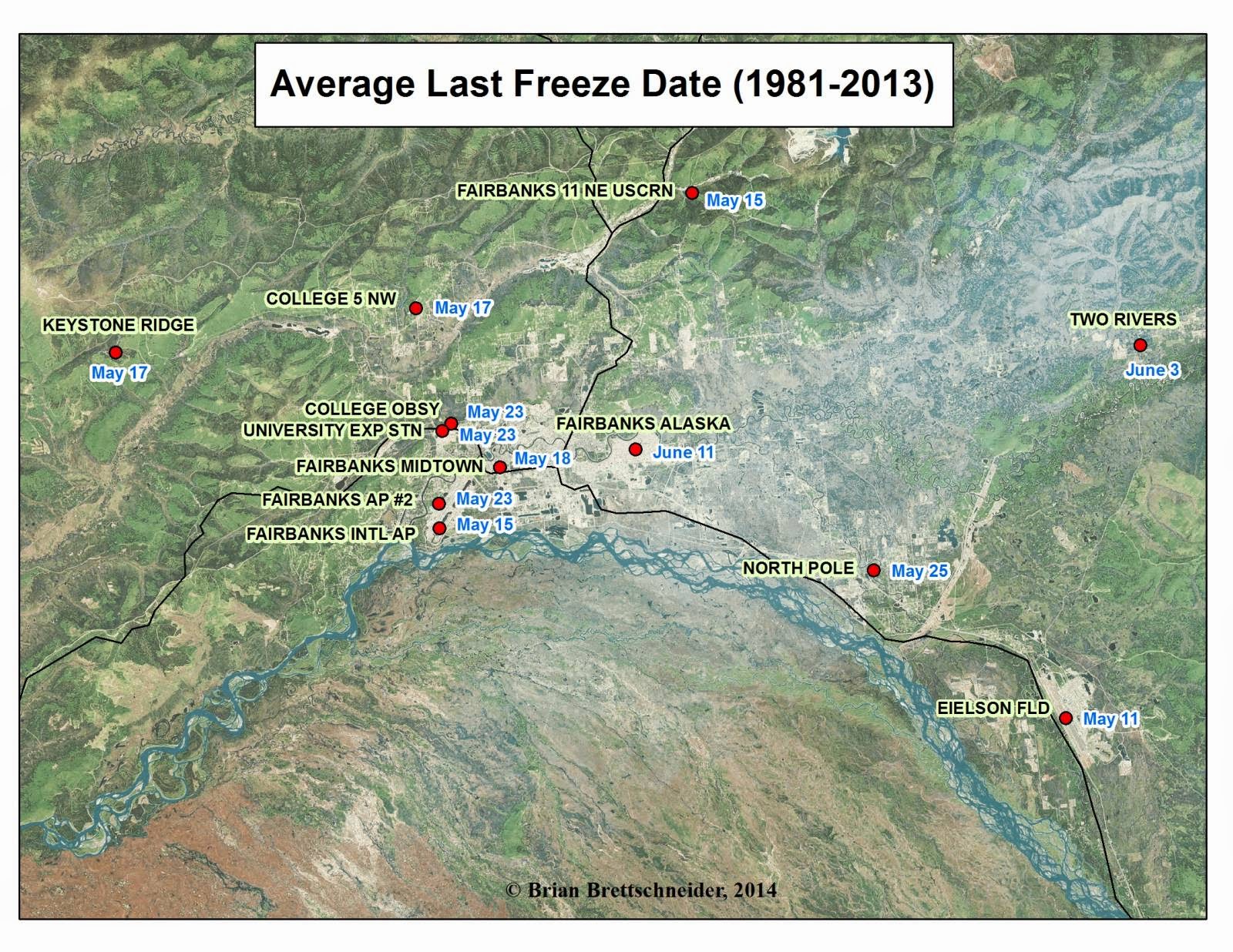 Figure 3. Average date of last freeze in the greater Fairbanks area. All stations in the GHCN (v3) database with at least 10 complete years of temperature data since 1981 were used. 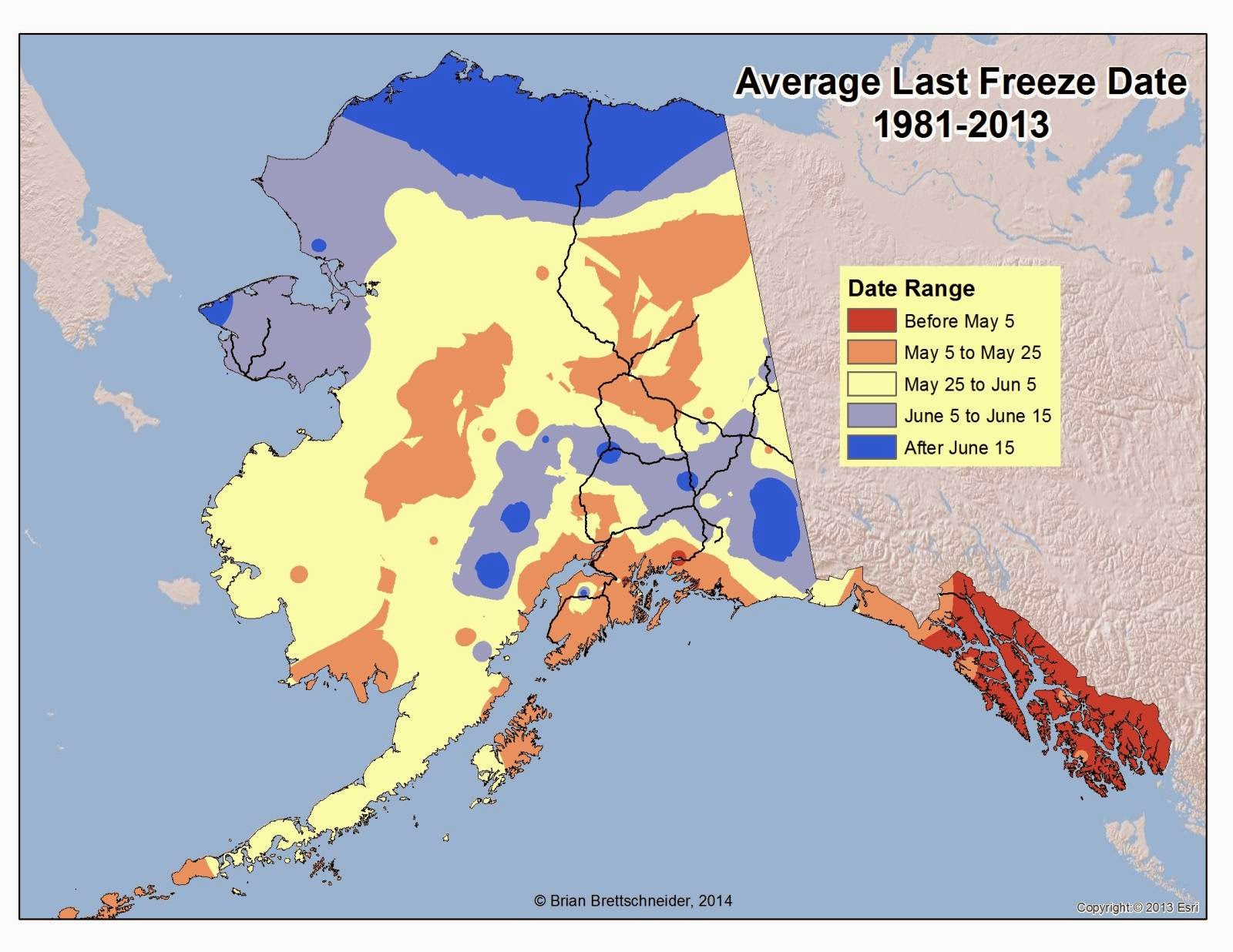 Figure 4. Average date of last freeze across Alaska. All stations in the GHCN (v3) database with at least 10 complete years of temperature data since 1981 were used.