With potentially much below normal temperatures possible in the next few days in the central and eastern interior (latest MOS number -65 °F for Fort Yukon on Tuesday), I started to wonder about historical changes in the frequency of large temperature anomalies.  We know that cold extremes are less common in winter now, even relative to the warmer modern "normal", but what about warm extremes - have these become more or less common?

The chart below is a histogram of the daily temperature anomalies in November through March in Fairbanks, for two 30-year periods: 1931-1960 and 1981-2010.  In each case I compared the daily mean temperatures to the daily normal values for the 30-year period in question, so this is a straightforward comparison of daily temperatures to the contemporary climate normal.  The results show that large anomalies were noticeably less common in the 1981-2010 period than in 1931-1960, and that the decrease in extremes occurred on both the warm and cold sides. 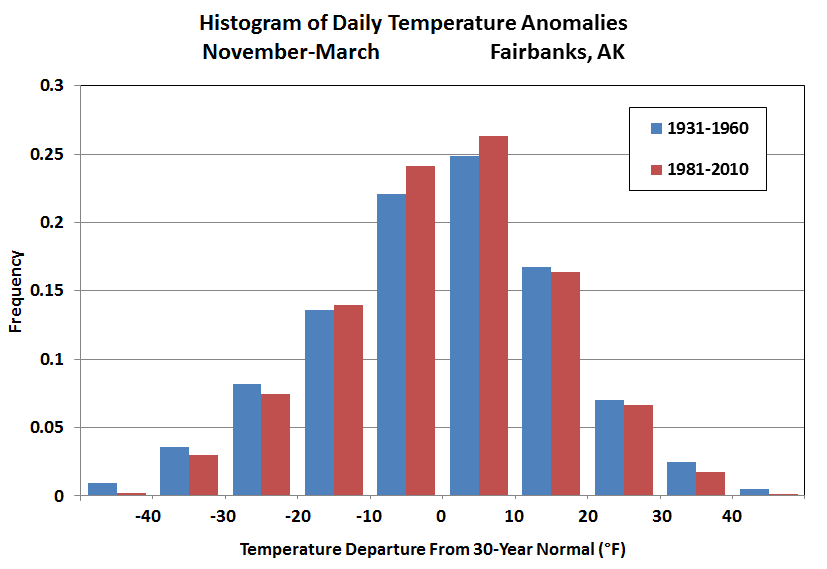 In the extreme tails of the distribution, there was a large proportional decrease in frequency of daily anomalies greater than +/- 40 °F.  On the cold side, anomalies more than 40 °F below normal decreased from 0.95% of days to 0.22 % of days, and on the warm side the frequency of +40 °F anomalies decreased from 0.48% to 0.13% of days.  The chart below shows the numbers of days by decade that saw +/- 40 °F anomalies on either side.  As noted in earlier posts, the 1930s was an extreme time for Fairbanks climate. 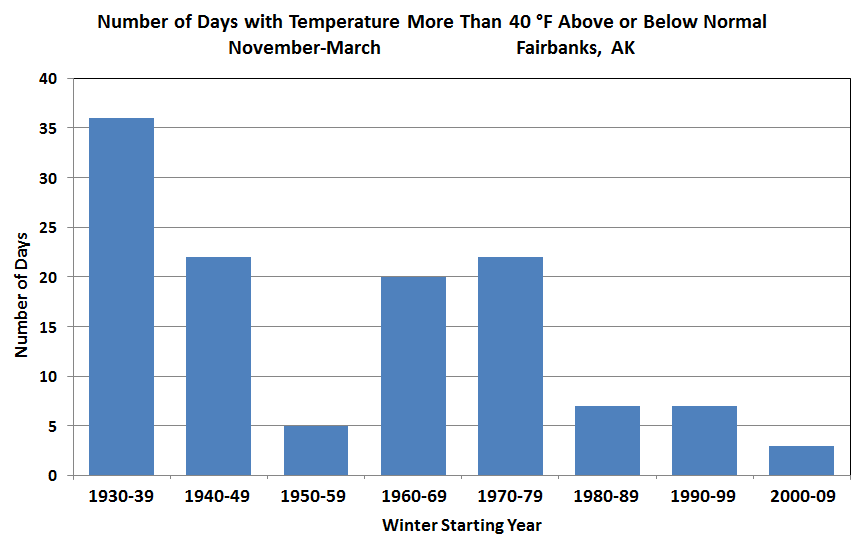 The decrease in temperature variance over time in Fairbanks was previously noted in Brian's analysis here.

As an aside, a corresponding analysis for the warm months of the year does not show the same decrease in extremes (see below); in fact the 1990's was the decade with the highest frequency of daily anomalies greater than 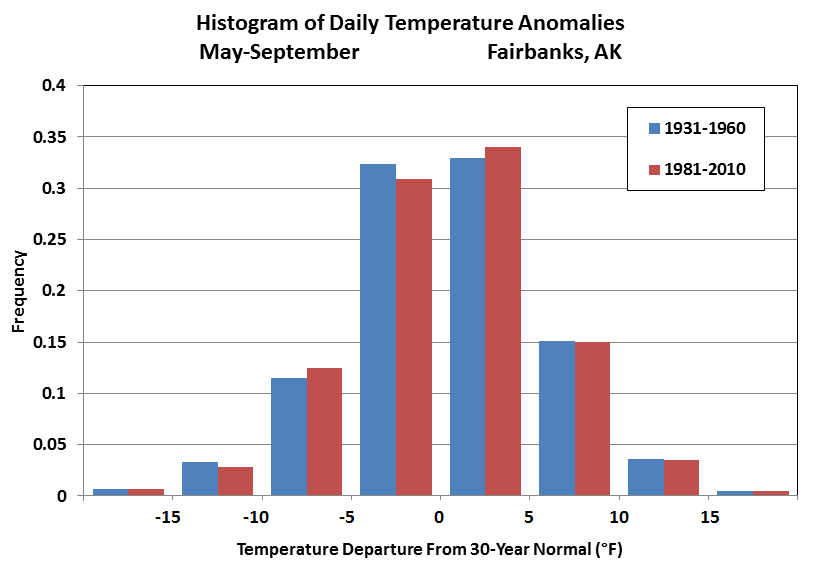