The coldest temperatures of the winter so far in Alaska were observed this morning, with the -50 °F level broken for the first time to my knowledge: -51 °F was reported at Huslia in the lower Koyukuk River valley.  The infrared satellite image below, taken at 3:53 am AKST this morning, shows the areas that cooled off under clear skies in the western interior: dark shades are colder, and Huslia is located close to the prominent dark patch in the upper center of the image. 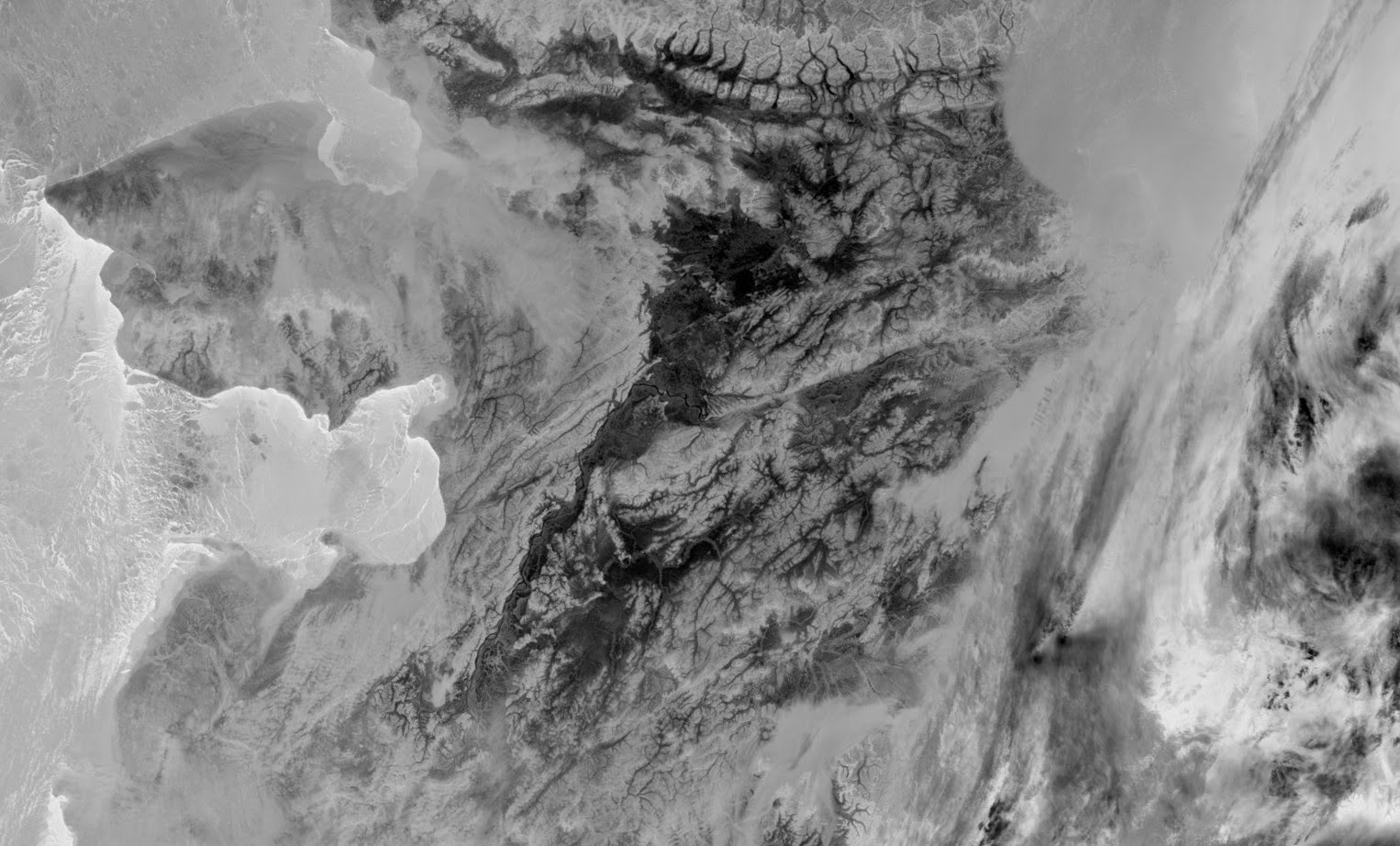 In contrast, heavy cloud cover has so far kept temperatures relatively milder in the eastern interior, although Arctic air has been working its way in at low levels despite the blanket of clouds.  The frontal zone aloft over Fairbanks created a band of snow today that became quite narrow and fairly intense as it persisted just east of the city (see below); a storm total of 7.7" was reported from North Pole as of 4:42pm.   This kind of "mesoscale" feature is nearly impossible to predict more than a few hours ahead of time but makes a great difference for total snowfall amounts. 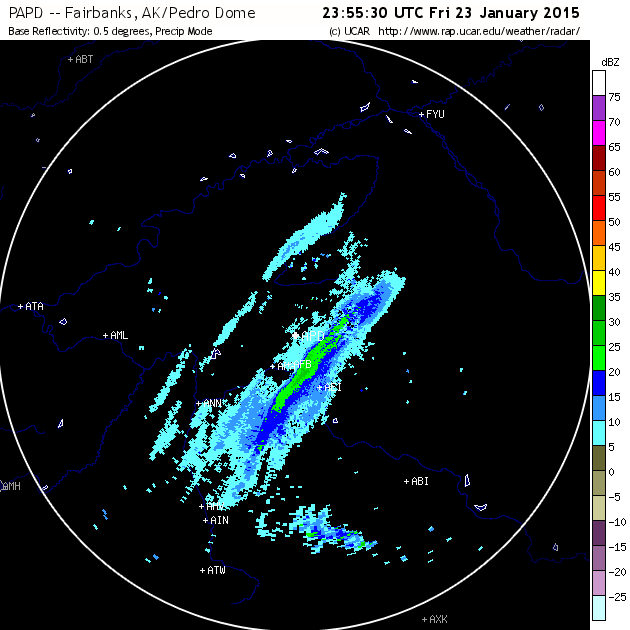 As clouds and moisture migrate eastward in the next couple of days, and high pressure builds across the north, the cold conditions already observed in the west will envelop the central and eastern interior.  This morning's GFS MOS forecast numbers were remarkably cold, including -49 °F at Fairbanks airport and -50's at various locations along the Tanana River valley on Monday or Tuesday.  Readers can track the latest MOS (statistical) forecast temperatures at the following page: