A few days ago the hardy residents of eastern North Slope communities experienced a combination of windy and cold conditions, leading to some sustained low wind chill values.  The chart below shows recent observations from Deadhorse airport; the wind chill was sub-minus 50 °F for quite a lengthy period over the weekend, and the lowest value was -57 °F. 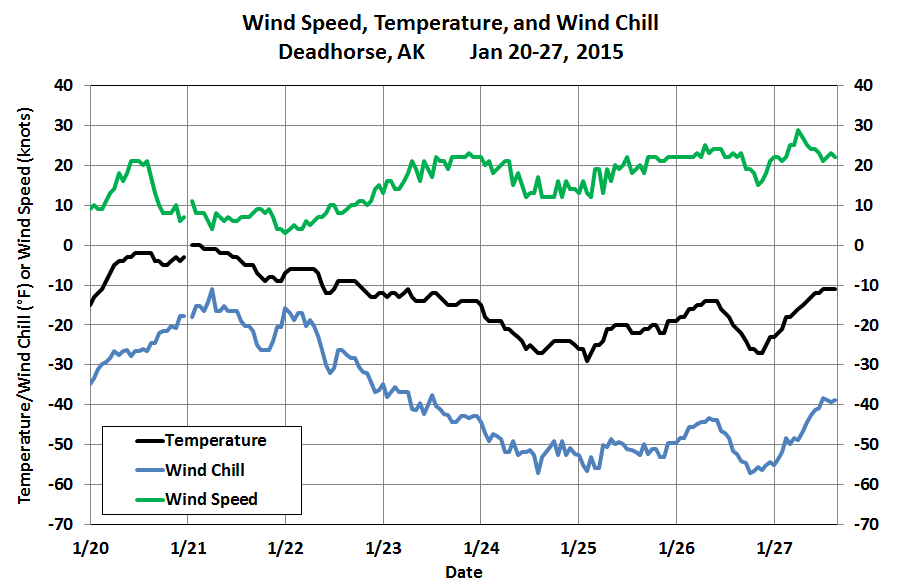 How unusual is this?  The answer is "not particularly" for this time of year.  The box-and-whisker plot below shows the monthly distribution of wind chill values from the hourly observations since 1982 in Deadhorse.  The central box in each column indicates the inter-quartile range, i.e. the top and bottom of each box show the upper and lower quartile respectively for the month.  The thick horizontal line in the middle of each box shows the median, and the "whiskers" above and below the boxes show the extreme values. 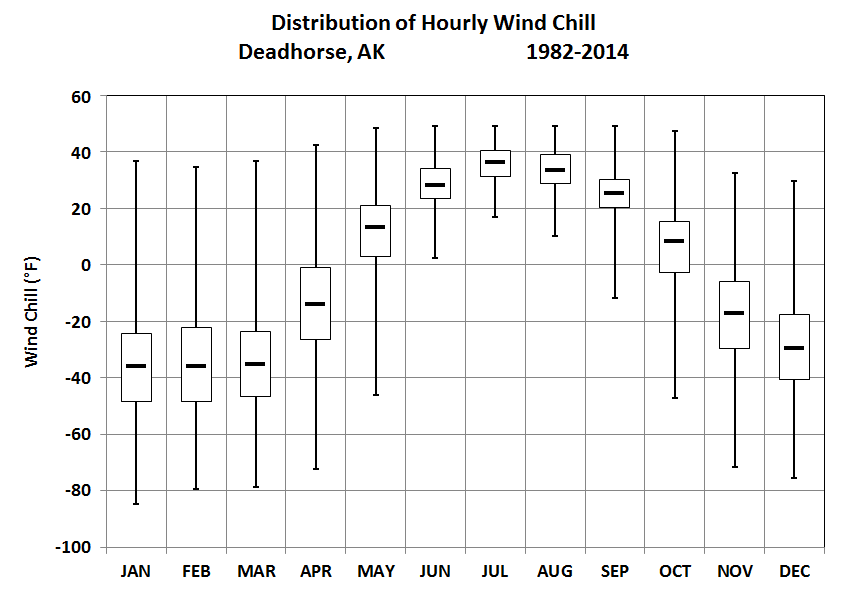 We see that the lower quartile of wind chill values in January is -49 °F, so the wind chill is below that value 25% of the time.  It is between -24 °F and -49 °F half of the time.  Interestingly there is little relief from low wind chill values until April, as temperatures don't improve until then (and average wind speeds change rather little from month to month at Deadhorse).

I also looked at data from Barrow and Barter Island; the chart below shows the median wind chill from all three locations by month.  Deadhorse is the chilliest of the three locations in winter, but Barrow is coolest in summer owing to the stronger marine influence. 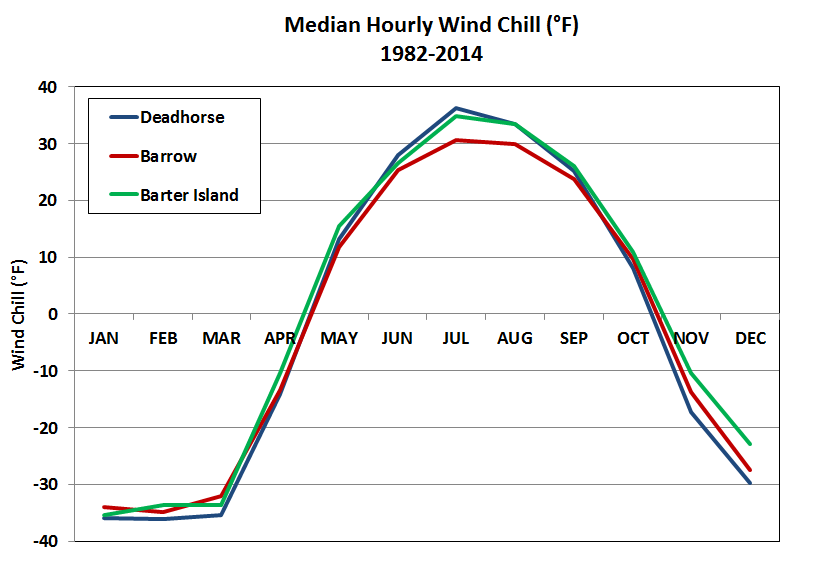