Will the PDO Influence Return?

Yesterday was the fifth day in a row with a minimum temperature of -40 °F or below in Fairbanks.  This is the longest such sequence since December 2012, which saw 9 straight days of -40 °F temperatures.  The Fairbanks record (1930-present) for longest such sequence is 18 days in January 1965 and January 1971 (the latter month also produced the all-time state cold record at Prospect Creek).

It is of interest to note that the PDO phase is still strongly positive as it has been throughout the winter so far (see below).

Is it therefore a surprise that colder than normal conditions have emerged over Alaska this month?  Wouldn't we expect a positive PDO episode of such magnitude to prevent deep cold from developing over Alaska?  Perhaps - but this is so far only a brief cold spell by historical standards, and this month's mean temperature will still end up above normal in Fairbanks.  Moreover, as we discussed back in December, the PDO influence on Fairbanks temperatures is smaller in January than in early or late winter.  I don't know why this is so, but it's clear in the summary statistics I showed before and in the monthly scatterplots shown below.  Note that for these plots I computed the monthly temperature anomalies with respect to the contemporary 30-year normals. 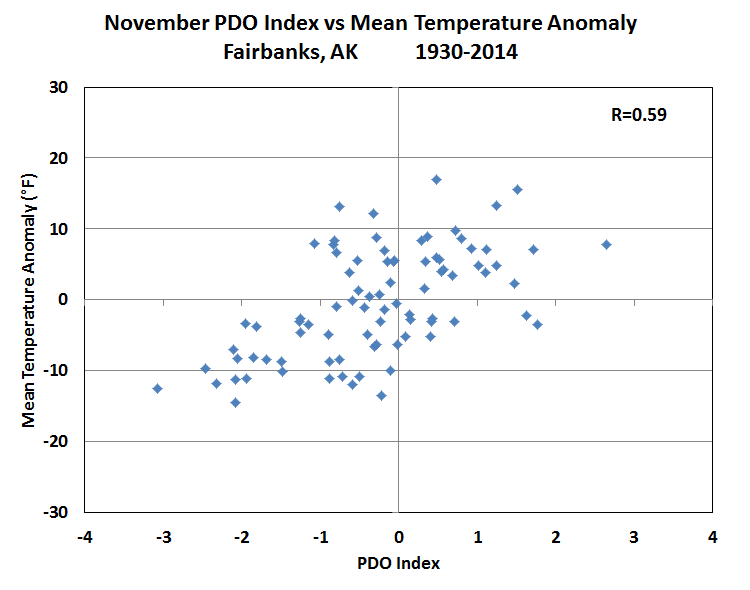 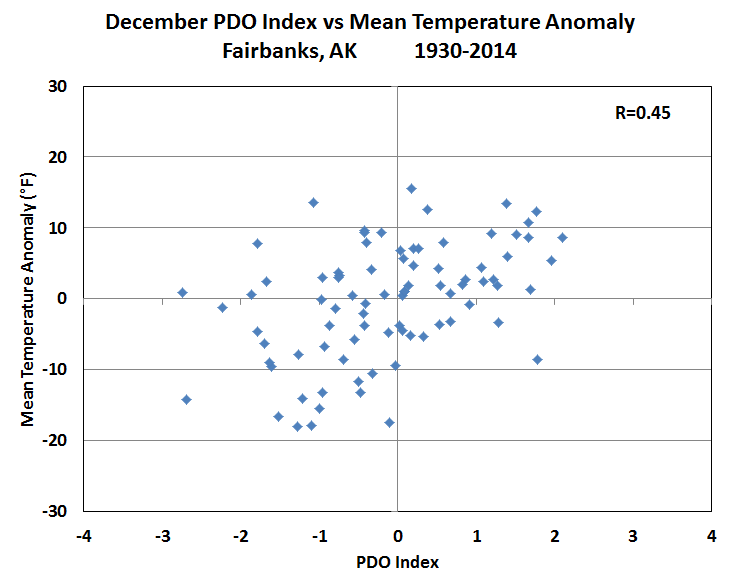 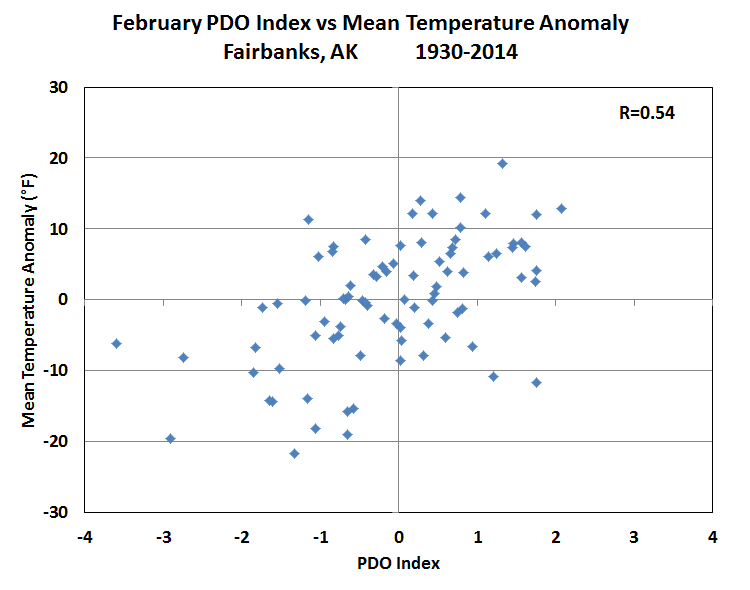 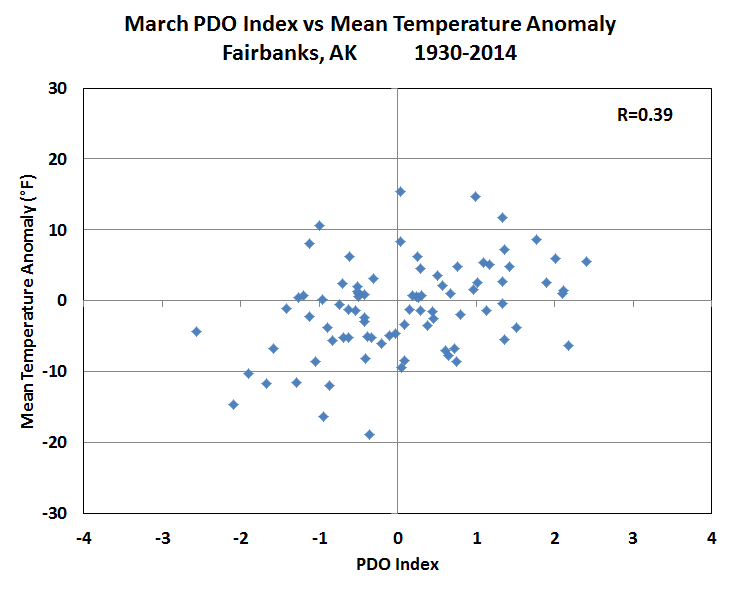 The historical data reveal that the PDO typically reasserts itself in February, with the scatterplot showing a considerably better correlation than in January.  Given the magnitude of the current PDO anomaly, we would therefore NOT expect February to remain cold overall in Fairbanks.  Of course, there are always exceptions - for example, February 1936 was the 10th coldest February in Fairbanks but also had the second most positive PDO index for the month.  Perhaps this year will be a similar outlier - indeed the first 10 days of the month certainly look cold - but if cold persists throughout the month, then it will be counter to the long-term PDO correlation.

Posted by Richard James at 6:33 AM