As a companion to yesterday's post, here are the 1981-2010 normals for the temperature aloft at Barrow, as observed by the twice-daily balloon soundings.  The color scales are the same as in the Fairbanks plots. 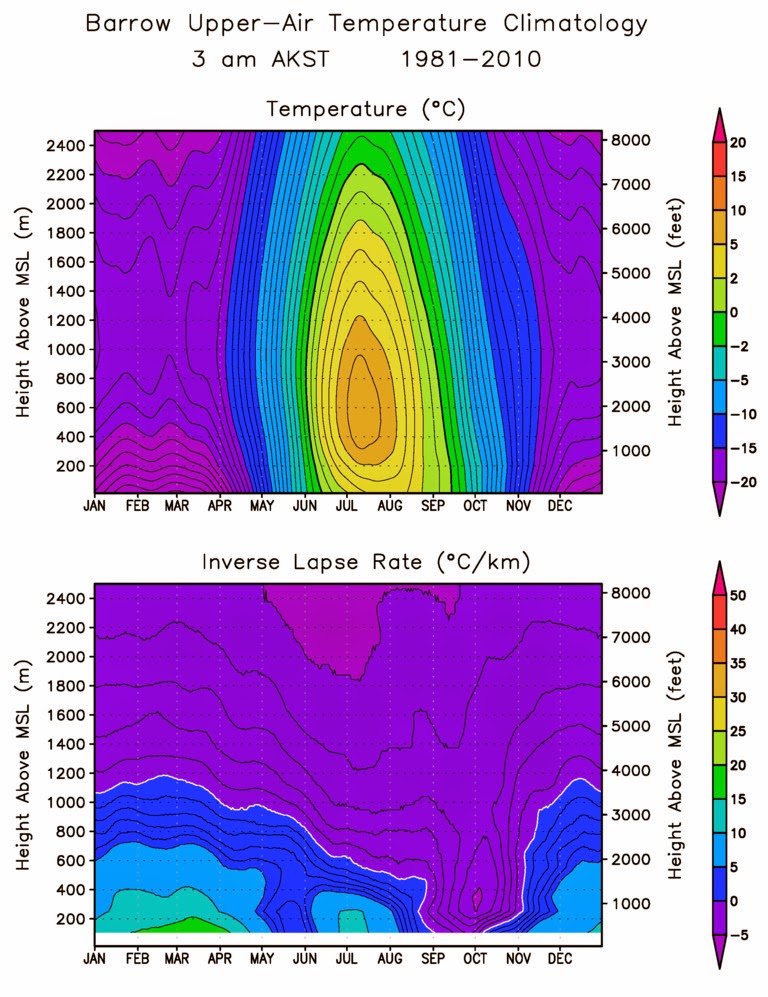 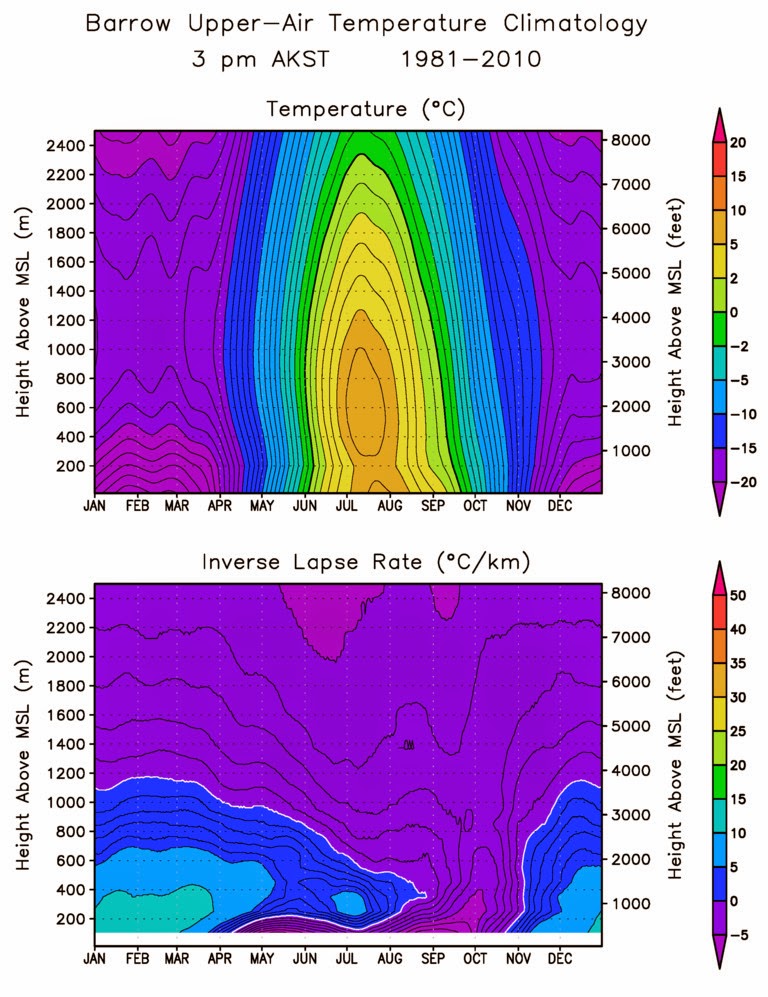 Looking first at the cold half of the year, we see that a deep low-level temperature inversion is characteristic of the atmospheric profile at Barrow, and in this respect the climatology is similar to Fairbanks.  The warmest temperature in the "normal" sounding is found above 3000 feet from late November all the way into May.  However, the inversion strength at the surface is nowhere near as strong as at Fairbanks, because the near-constant wind mixes the low-level air and usually prevents radiative cooling from getting out of hand.

It is very interesting to observe that there are two distinct maxima in low-level lapse rate, in which temperatures are relatively high at the surface compared to aloft.  The first, and lesser, maximum is found in May when surface temperatures are warming rapidly, and solar heating is relatively strong, but the air aloft is still cold.  The second, more significant, maximum is in late August through early October, when the open ocean nearby keeps surface temperatures relatively high while the air aloft is cooling.  Between these two periods, particularly in early July, lapse rates are notably lower (more prone to inversion) in both morning and afternoon; this period is close to the time of peak warmth aloft.

Lastly, I'll point out that the average morning sounding shows no surface-based inversion throughout September and the first few days of October, because the ocean warming is sufficient to offset nighttime radiative cooling during this period.  Contrast this situation with that in Fairbanks, where even in the height of summer the morning sounding still shows a healthy inversion.

Posted by Richard James at 9:30 AM