A significant snow event is about to get under way in the Brooks Range; the following statements were issued by the NWS in Fairbanks this morning:

SNOW WILL DEVELOP THURSDAY ABOVE 3000 FT AND LOWER TO 1000 FT THURSDAY NIGHT. SNOW WILL CONTINUE THROUGH FRIDAY. STORM TOTAL SNOW AMOUNTS OF 3 TO 6 INCHES ARE POSSIBLE WITH THE HIGHEST AMOUNTS ABOVE 3000 FT.

...SIGNIFICANT SNOWFALL THURSDAY EVENING THROUGH THROUGH FRIDAY FROM THE PIPELINE WEST...

FROM THE PIPELINE WEST...SNOW WILL DEVELOP THURSDAY AFTERNOON ABOVE 5000 FT AND LOWER TO 2000 FT THURSDAY NIGHT. SNOW WILL CONTINUE THROUGH FRIDAY. STORM TOTAL SNOW AMOUNTS OF 2 TO 5 INCHES ARE POSSIBLE WITH THE HIGHEST AMOUNTS ABOVE 3000 FT. THIS COULD MAKE TRAVEL DIFFICULT OVER ATIGUN PASS THURSDAY NIGHT.


Snow has already been falling in the western Brooks Range, as evidenced by the Red Dog FAA webcam photo from earlier today (elevation 962' MSL): 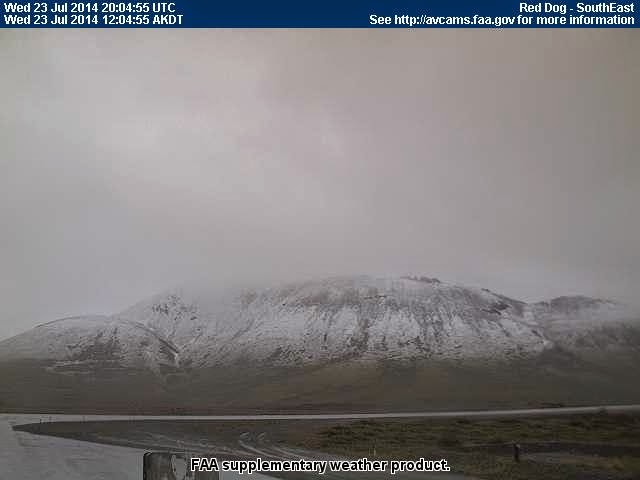 I took a quick look at the latest high-resolution (6km) NAM model forecast for the area, and indeed the model indicates substantial snowfall in the higher elevations over the next two days.  Below is a map of the estimated total snow accumulation through Friday evening (note: the model predicts snow accumulation in liquid equivalent, and I used a 10-1 ratio to estimate total depth).  I added markers for some of the FAA webcam locations, including Anaktuvuk Pass (red), Chandalar Shelf DOT (blue), Coldfoot (green), and Arctic Village (turquoise). 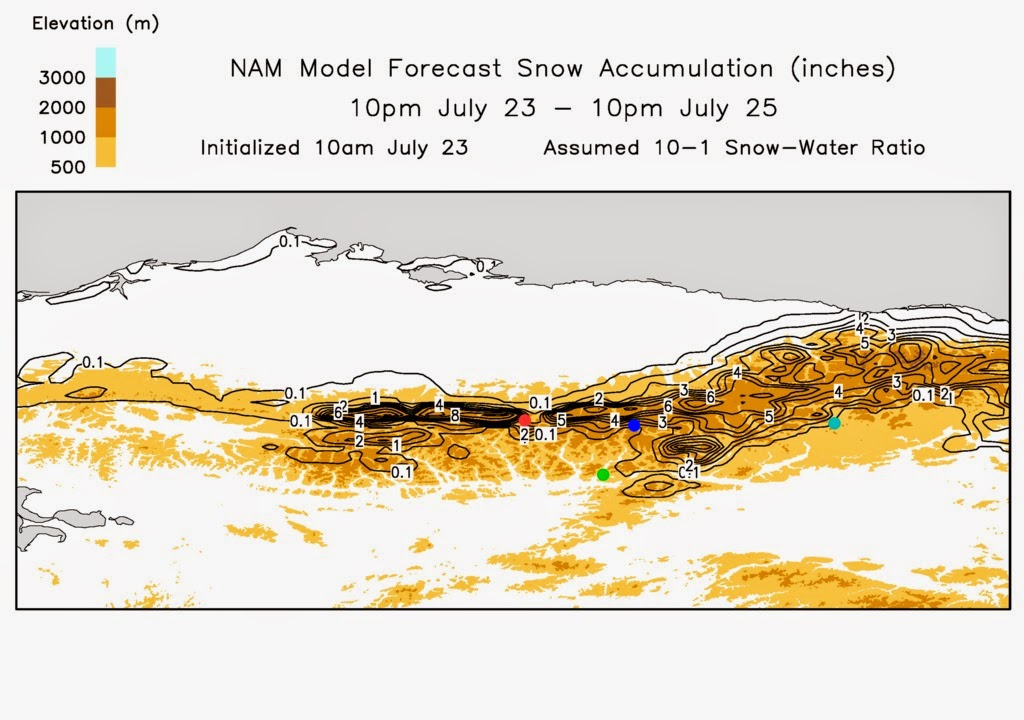 For historical context, here's a map that Brian put together a few days ago, showing all Alaska observing locations that have reported measurable snow accumulations in July (per GHCN data).  The Brooks Range location with 2.5" is Chandalar Lake, and that event occurred on July 17, 2003. 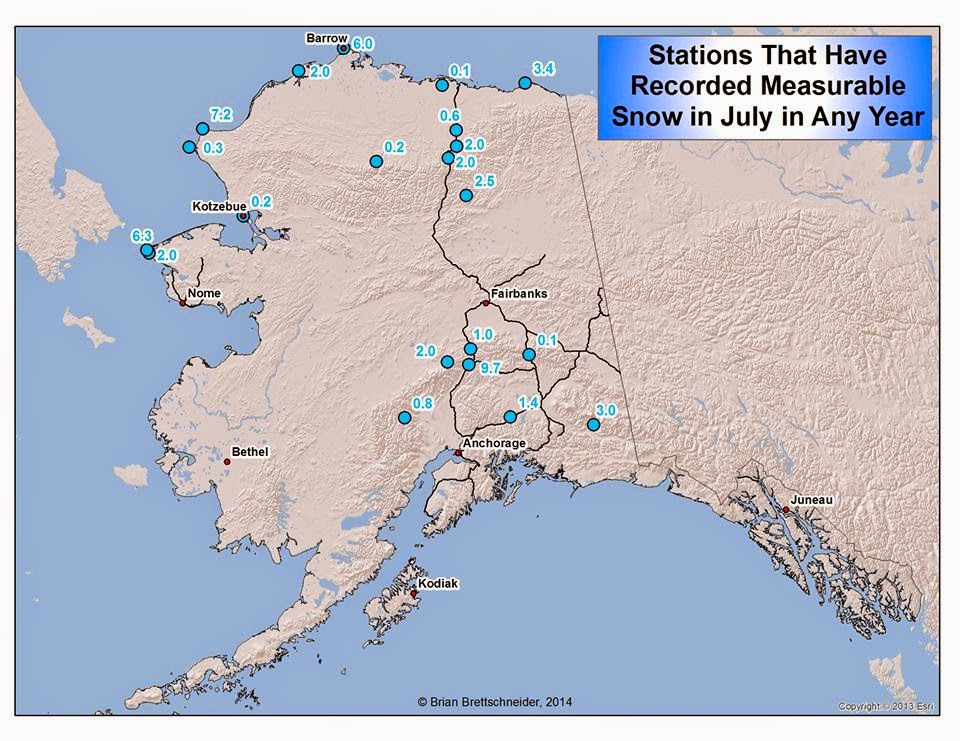