The Barrow sea ice webcam has shown a nearly ice-free view for a week or so now (see below).  A nice satellite shot from the Suomi-NPP satellite two days ago (below, image from 22:43 UTC July 10) confirms that ice has retreated far from the coast on the west side of Point Barrow, but is hanging on near the coast on the east side. 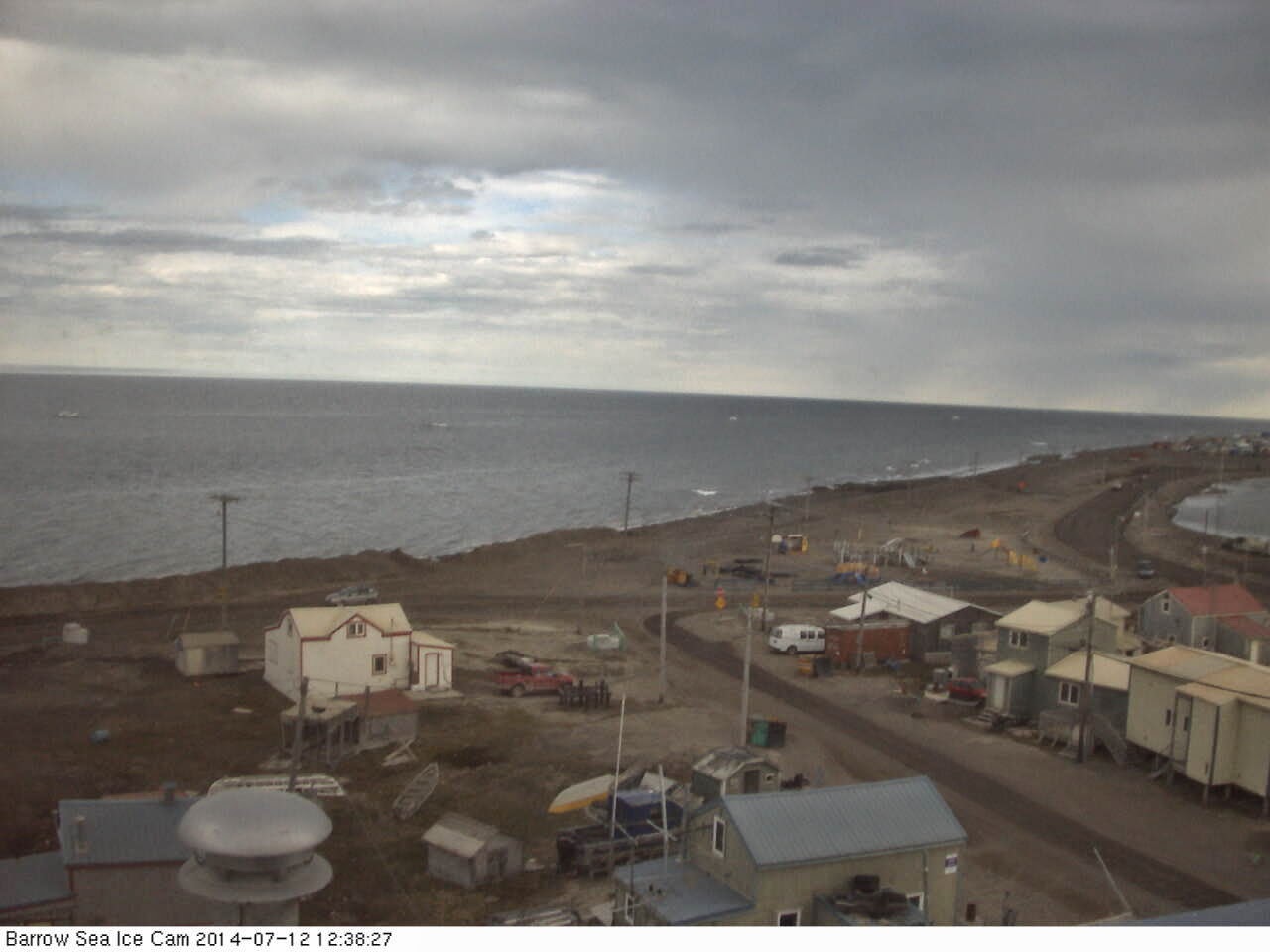 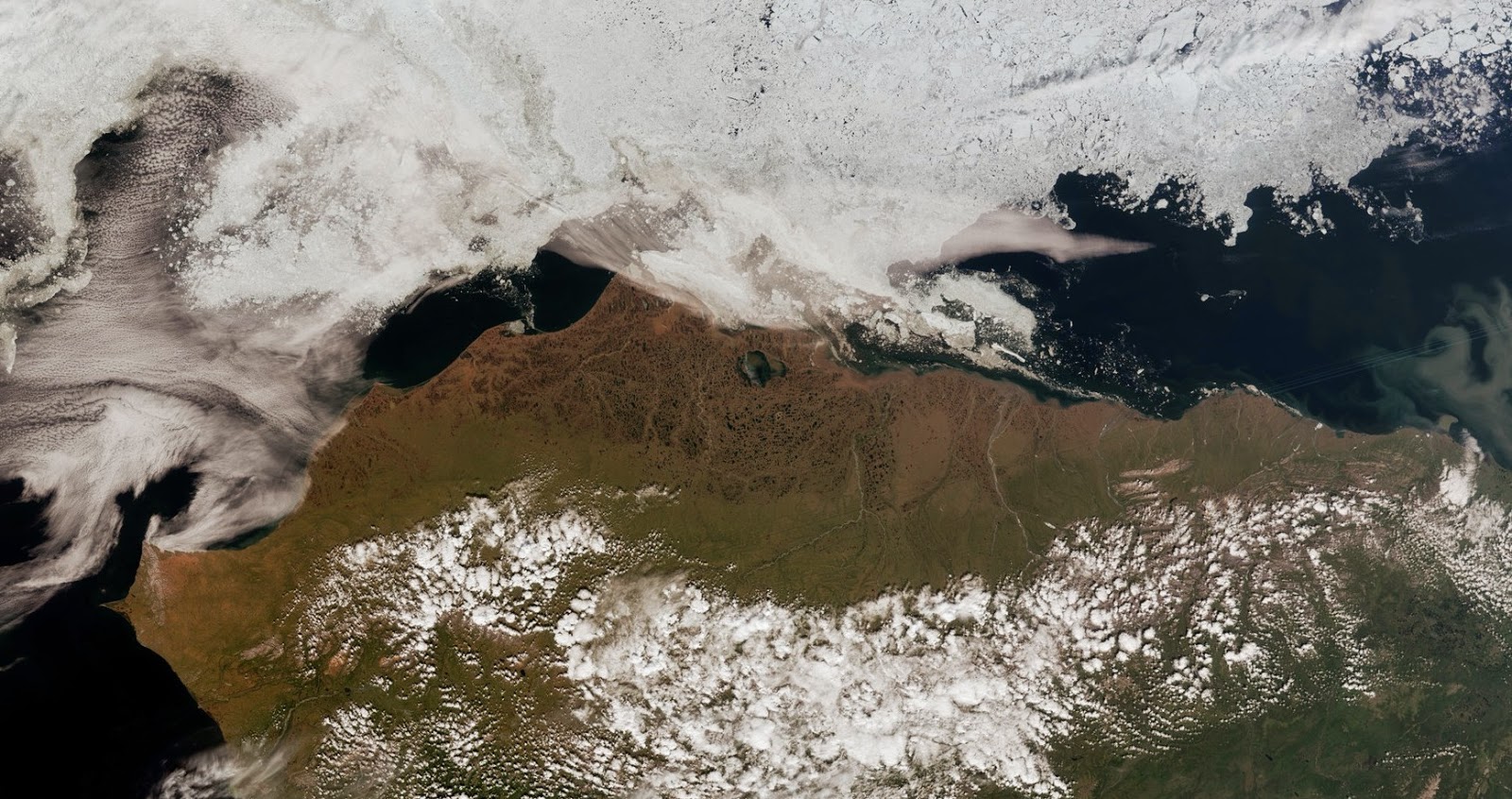 Comparing the basin-wide ice concentration map to those from the past few years, we can see that the higher concentrations are more extensive than last year at this date, and much more than in 2012 (the record melt year).  However, the areal extent of ice cover is comparable to recent years and still well below the 1981-2010 normal. 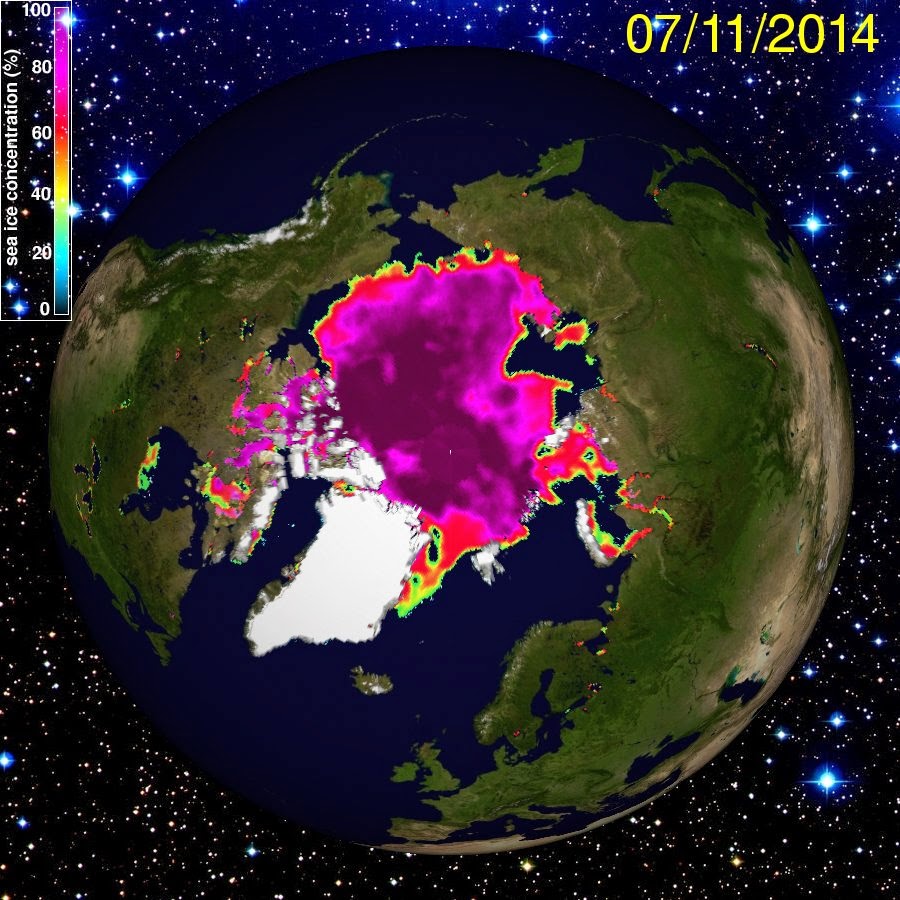 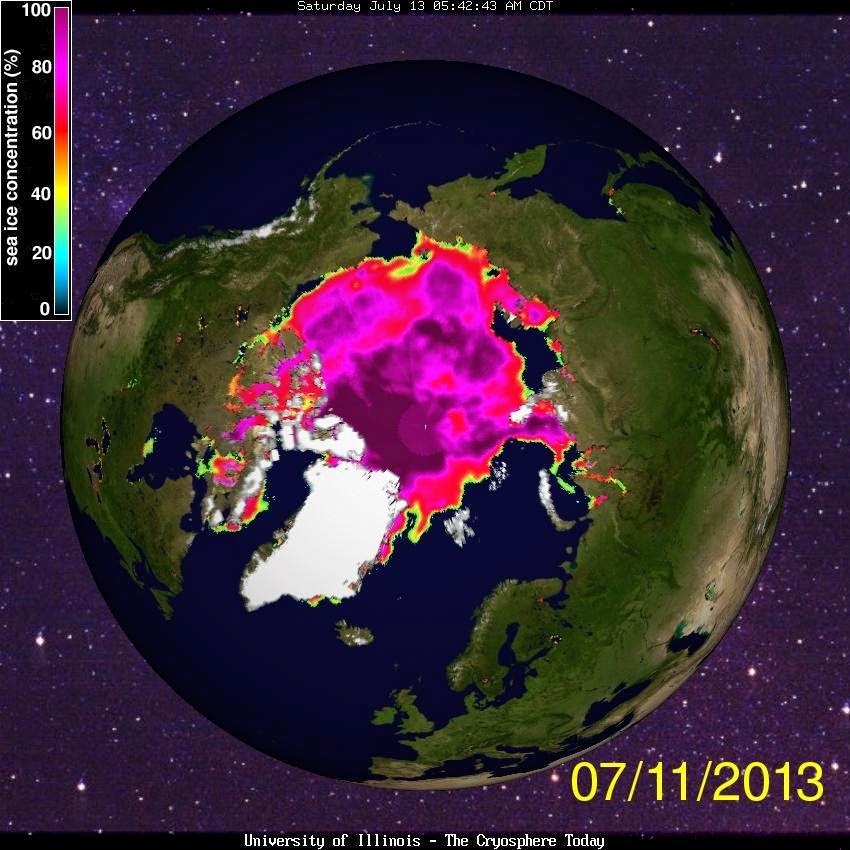 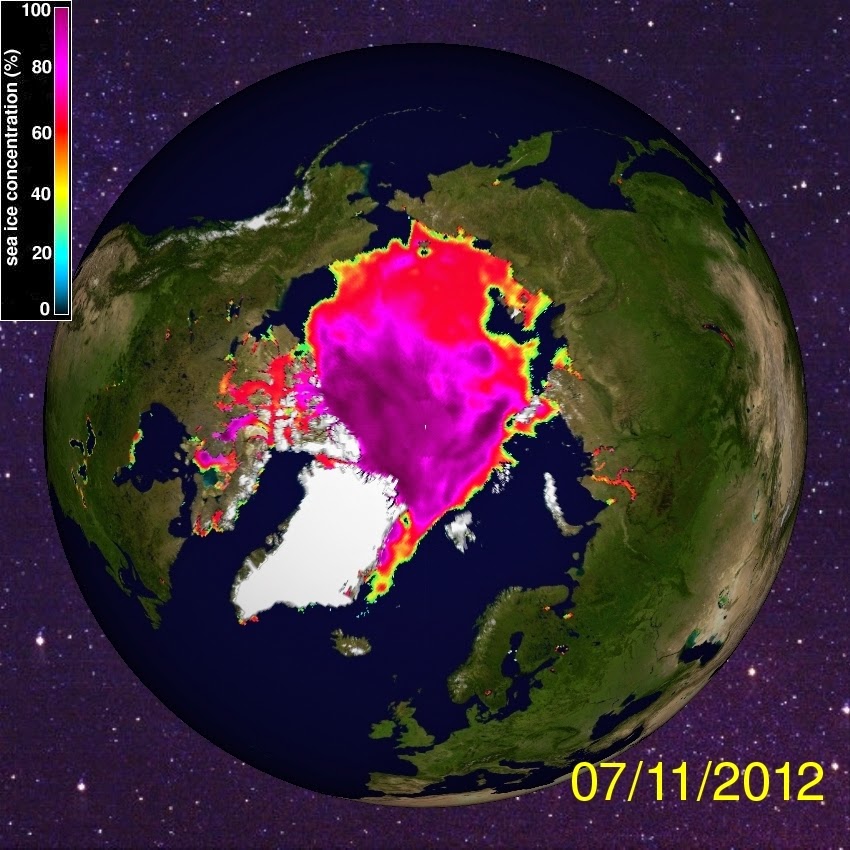 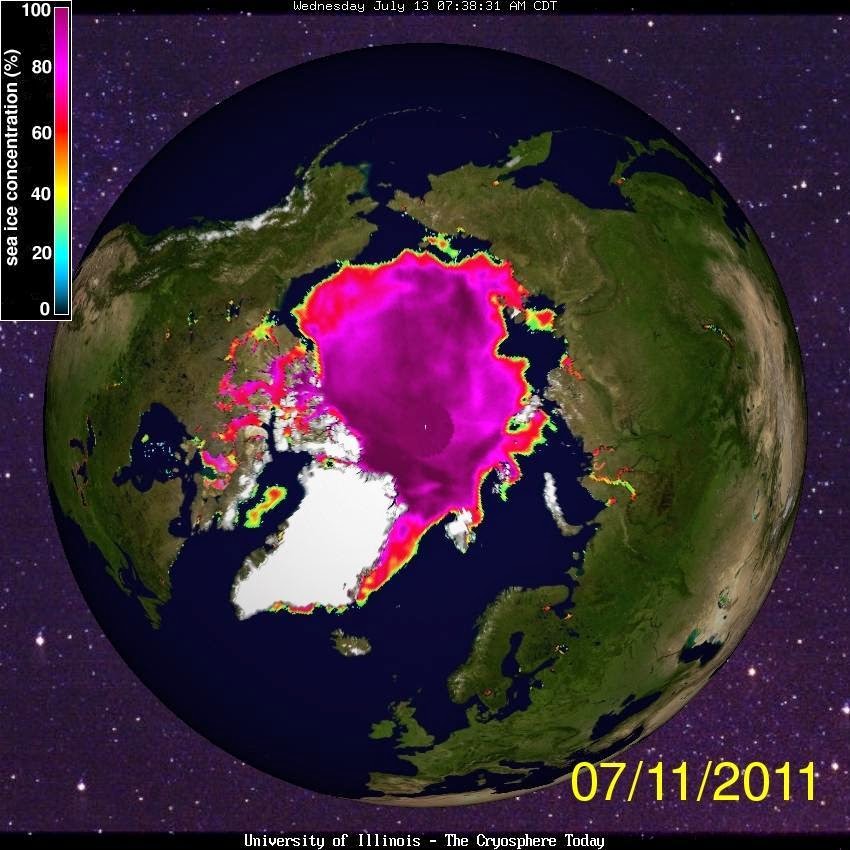 Just for the record I'll also note that the latest CFSv2 forecast, which I wrote about earlier, is still showing above-normal ice extent in September, but the forecast is now much lower for August and has pulled back a little for September.  I would wager that the forecast will continue to retreat and we'll end up below-normal for September - though perhaps not as far below as in recent years.