For several months I've been meaning to create a climatology of upper-air temperatures for Alaska observing stations at various heights above the ground.  The goal here is to visualize the evolution of temperature anomalies in a time-height cross-section, similar to the plot I showed here, but for departure from normal as well as just temperature.  Well, I finally got around to it, and the results are posted below for Fairbanks and Barrow since June 1.

There was a good deal of cool air around in June at both locations, with temperatures struggling to get much above freezing over Barrow until mid-June; but it's been quite warm lately, with freezing levels recently poking above 10,000 feet at Barrow.  Chilly Arctic air has just returned to the North Slope, however: Barrow reported freezing drizzle and 0.05" of ice accumulation overnight last night. 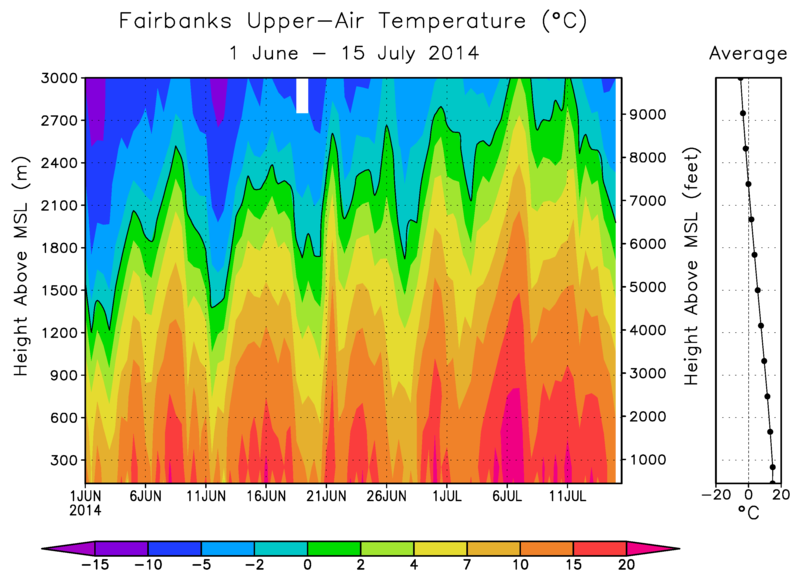 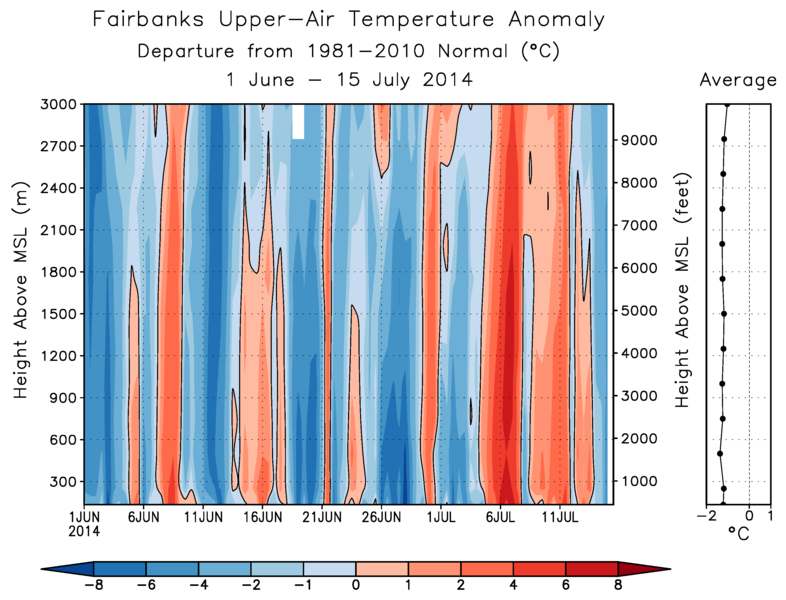 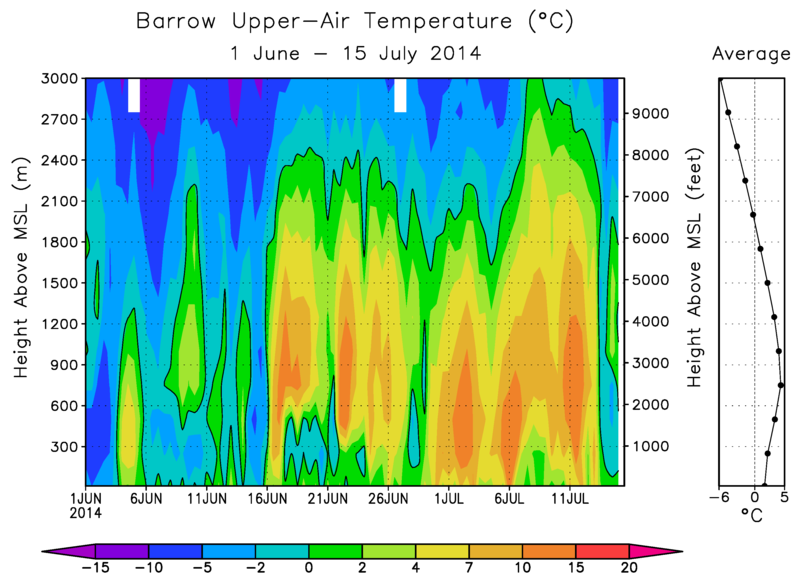 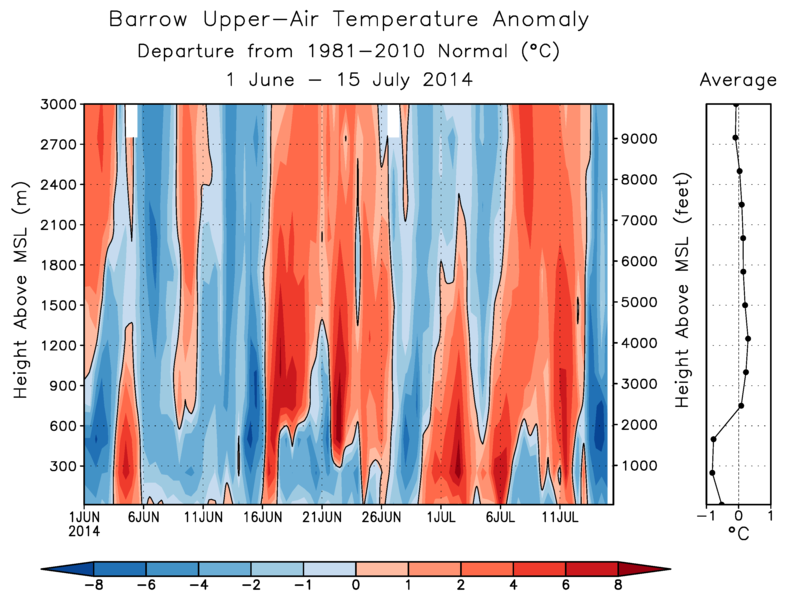 Posted by Richard James at 4:48 AM