Heavy rainfall is occurring again in Fairbanks this morning - the fourth time in less than three weeks, and this time accompanied by thunder in the early morning hours.  As of 8:11am AKDT, 0.84 inches of rain had fallen.

The culprit for today is a near-stationary east-west band of rainfall with embedded convection.  Let's hope it doesn't remain in place too long, or it will cause renewed flooding concerns. 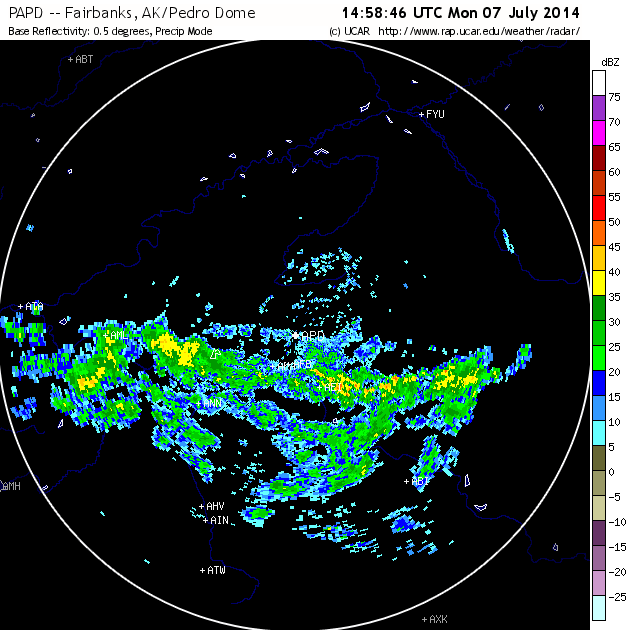 Posted by Richard James at 8:47 AM