The recent two-week spell of unseasonable chill has ended in Fairbanks, with temperatures finally getting back above 70 °F the past three days.  As reader Gary pointed out, the Climate Prediction Center is expecting a warmer than normal August, which I'm sure would be most welcome for residents of the Interior.  I thought it would be interesting to look at the statistical chance of a warm August based on the observed wetter than normal conditions in June and July.  We went through a similar exercise last month based on having a wet June, and suggested then that "unusual warmth appears to be a more likely outcome for the late summer".

The scatterplot below is the same as the first figure in last month's post, but now I've colored the points based on the August mean temperature; the colors correspond to the four quartiles of the 1949-2013 distribution for August temperature.  The slight correlation between June and July precipitation was noted last month.  The most notable feature of the color distribution seems to be that a cool August is favored when a dry June gives way to a wet July (upper left quadrant).  This year we fall in the upper right quadrant, and here we see a slight tendency for warmer than normal conditions in August; 10 of 16 years in the quadrant had a warmer than median August, and 5 of 16 were in the top quartile.  The two exceptions with high June rainfall were 1949 and 1955, but these were negative PDO summers.  This fact suggests that we should divide out the negative and positive PDO years - see the next two scatterplots for this breakdown. 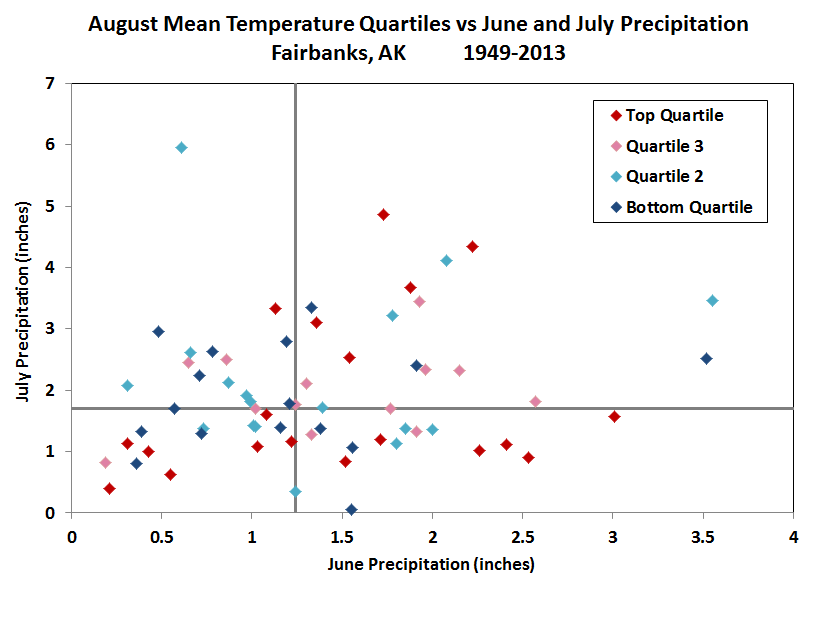 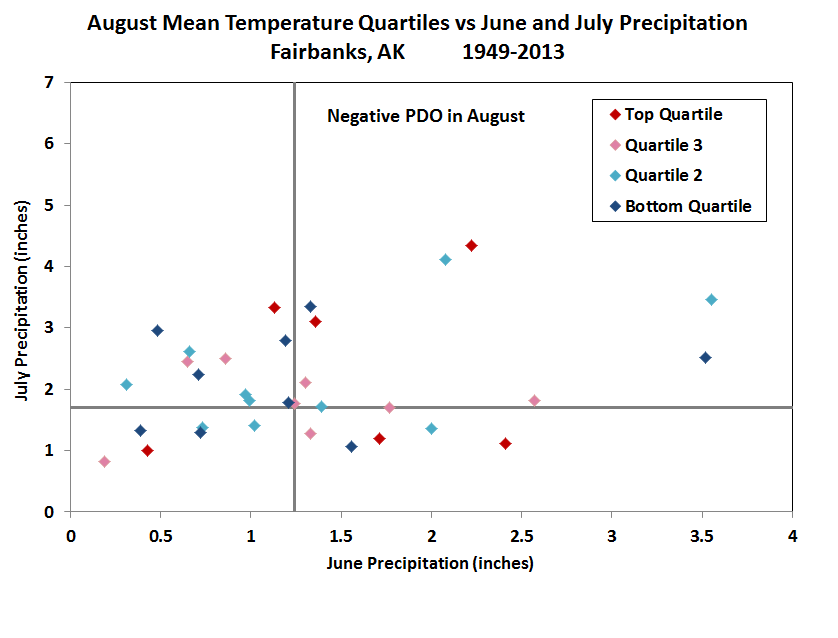 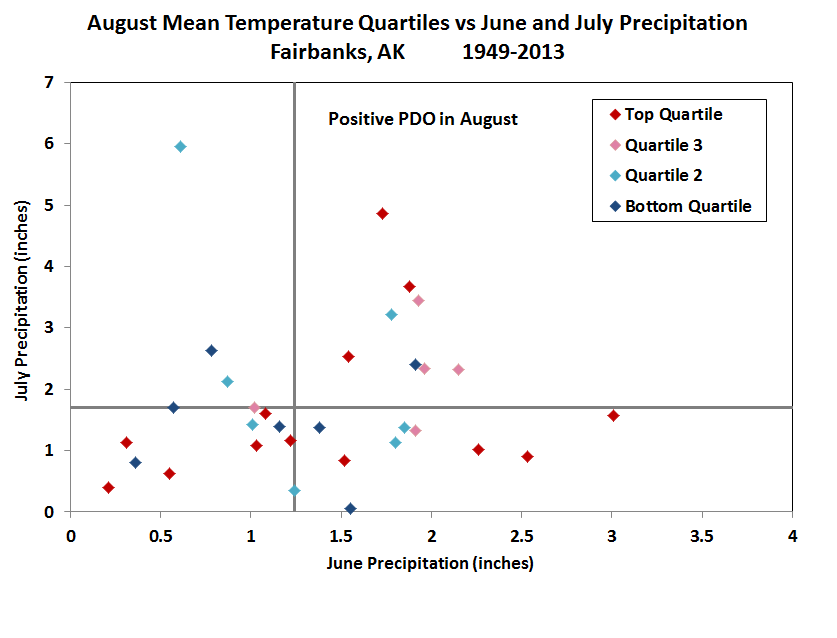 The scatterplot for the positive PDO phase (as we are seeing this year) shows a possibly more robust indication of warmth in August, with 6 of 8 years seeing a warm August after a wet June and July.  It's also interesting that the aforementioned flip from dry June to wet July seems to be more common in negative PDO years.

In summary, wet June and July conditions are, perhaps counter-intuitively, associated with a higher than normal chance of a warm August in Fairbanks, especially when a positive PDO phase is observed.  This analysis agrees with the CPC outlook.