Summer 2014 is turning out to be cooler than normal in interior Alaska, as highlighted by reader Gary who mentioned yesterday that for the first time in many years it's been necessary to run the heating stoves in July in Fairbanks.  The temperature anomaly is mostly seen in the daily high temperatures, which have been more than 3 °F below normal on average since June 1.  In contrast, the low temperatures have actually been above normal on average; the compressed diurnal range is directly related to the abundant cloud cover and precipitation.

Below are charts showing the daily high temperatures compared to normal at Fairbanks and Keystone Ridge, and also at Bettles where they have been having a very wet time of it.  Not only is it the wettest summer-to-date on record at Bettles, they have had measurable precipitation on 34 out of 50 days since June 1, which is also a record.  The last two weeks have been particularly bad, with measurable rainfall on 13 of 14 days and with daytime temperatures dropping to levels more typical of early September. 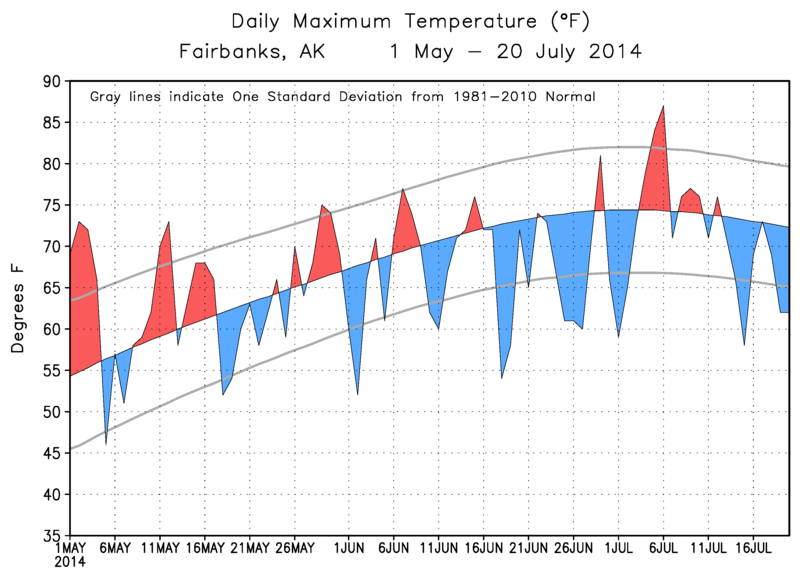 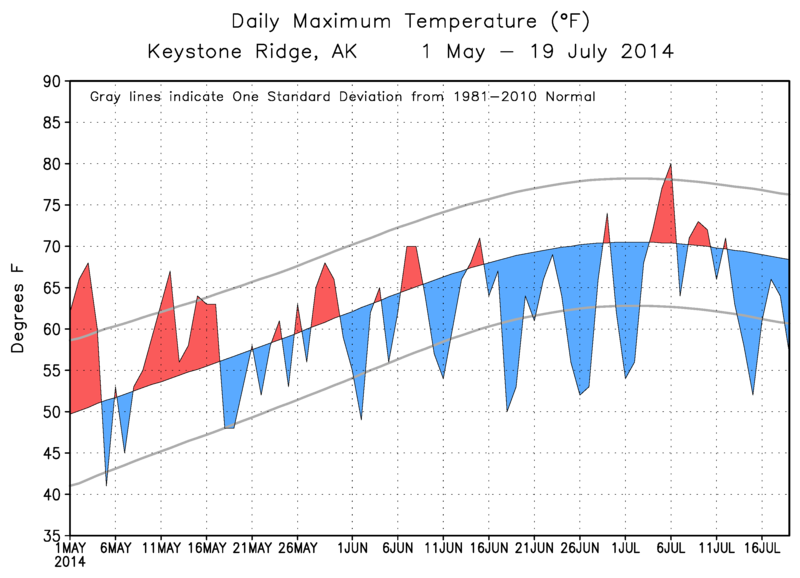 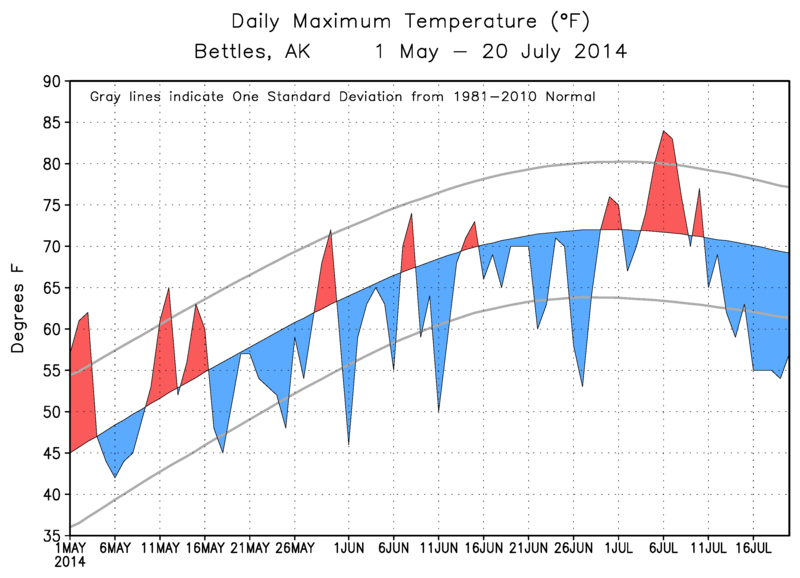 Here's another way of looking at the distribution of high temperatures since June 1: the charts below show the counts of days exceeding a range of threshold temperatures.  We can see that the frequency has been especially lacking for days on the warm side, with (for example) only 6 days reaching 77 °F at Fairbanks, compared to a normal of 15 days.  Up on Keystone Ridge, only 2 days have reached 75 °F, compared to a normal of 11 days.  The anomalies appear particularly large on Keystone Ridge, but part of this could be due to the station history beginning in August 1996; the "normal" period only includes the (presumably) warmer half of the 1981-2010 period, so current anomalies will look cooler relative to normal than for stations with longer histories. 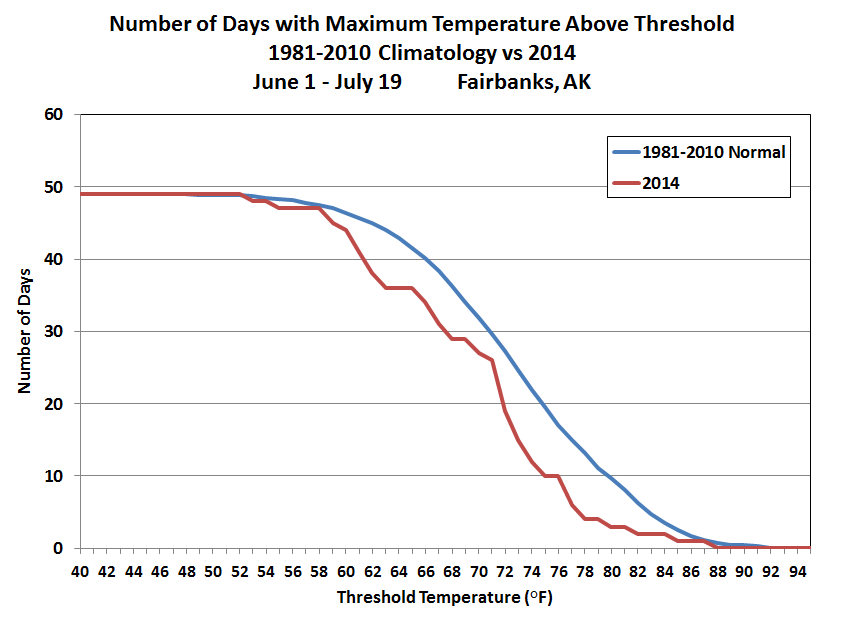 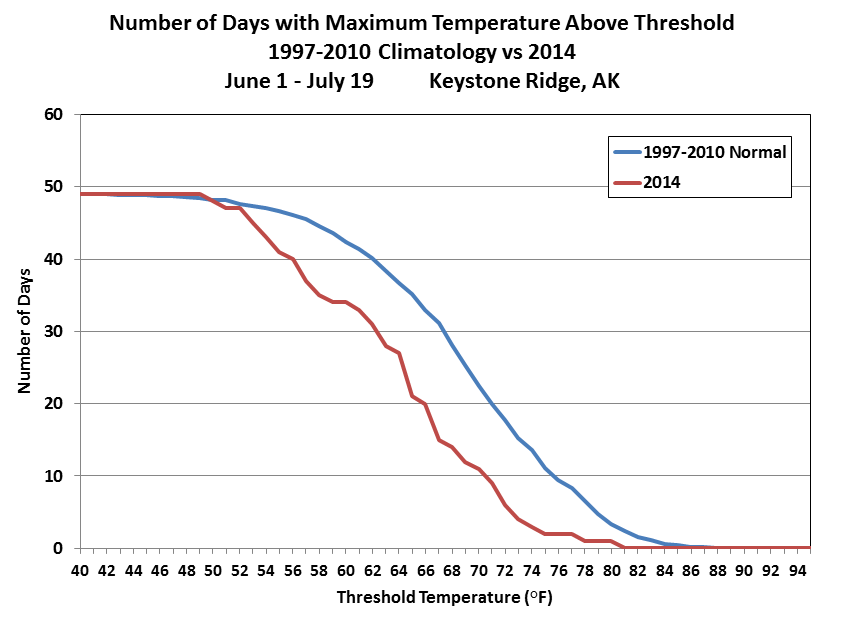 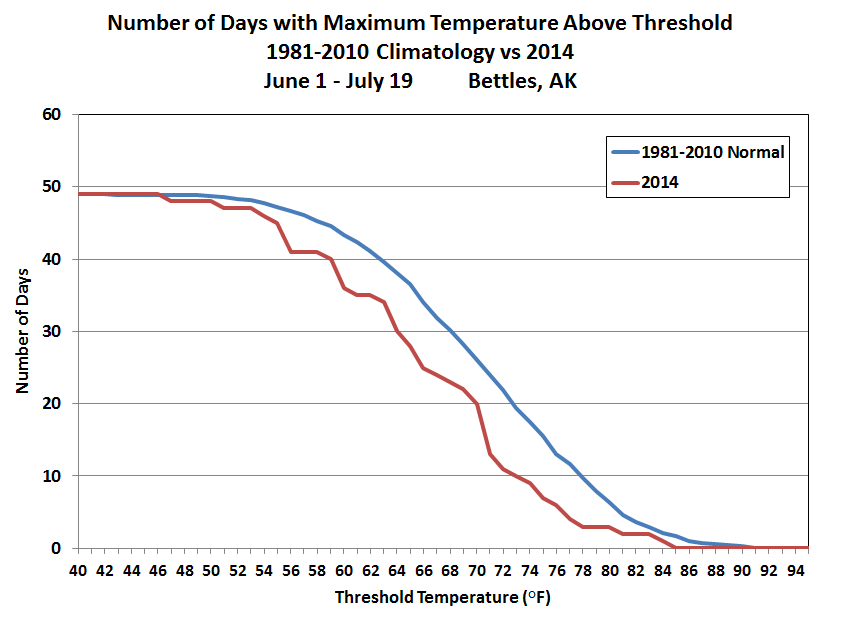 Update July 22: reader Eric asked about corresponding charts for last summer and last winter.  Here they are for the standard three-month seasons.  Summer 2013 was really excessive in terms of the number of days above 80 and 85 °F. 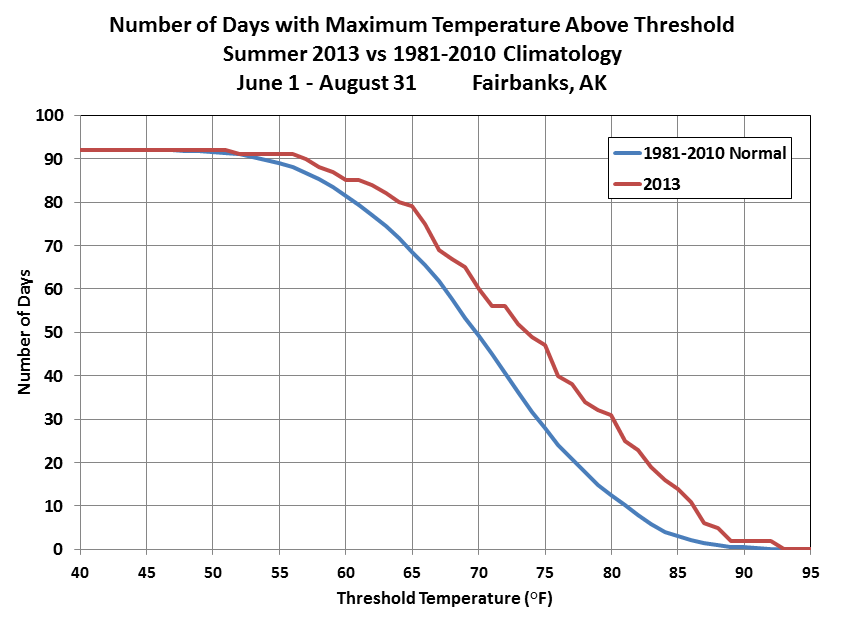 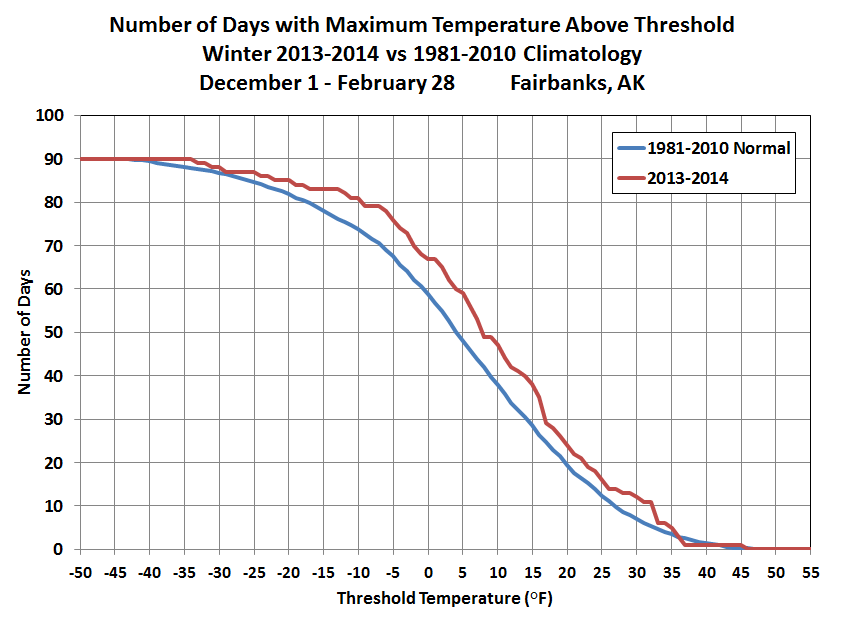