As most readers of this blog know, precipitable water (PW) is a measure of the amount of moisture that is contained in a column of air extending from the surface to about 300 millibars. It also represents a measure of the volume of water that can contribute to a precipitation event. The PW amount is calculated from upper air balloon soundings released from each of fourteen sites around the state. It stands to reason that more moisture in the atmosphere will lead to more precipitation. In fact, anomalously high PW values are frequently noted in Area Forecast Discussions as indicators of heavy rain potential. So, let's put this to the test.

Since this June-July has been the wettest on record for Fairbanks (by far) I wanted to see if a correlation existed between the average daily PW value and the precipitation totals during this two month period. Using a June-July time period also has the advantage of eliminating snow events and it is also the season of peak thunderstorm activity.

When looking at it on an annual scale (June-July constituting a single year) there is no correlation between average PW over the 61-day period and the total rainfall over the same period (see Figure 1). For Fairbanks, this June-July is already the wettest on record but the average daily PW has been unremarkable. 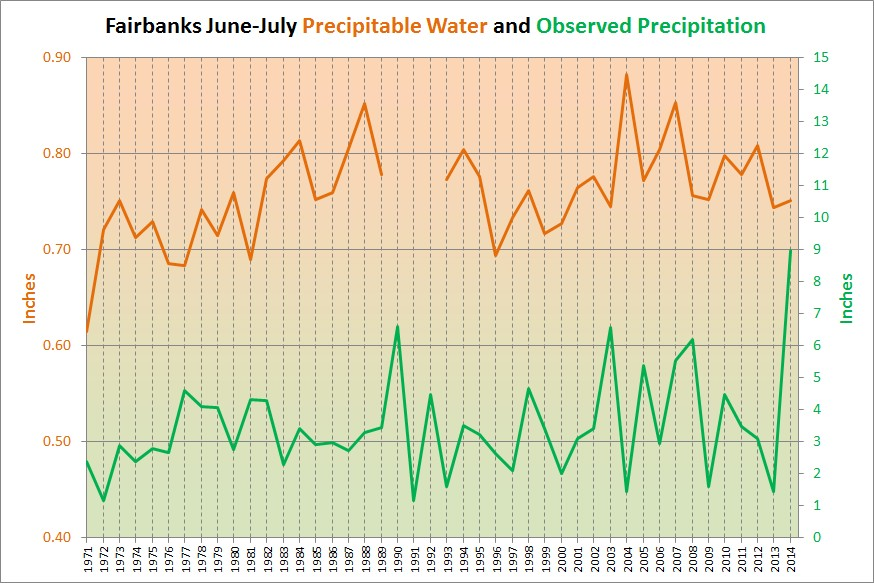 The apparent discrepancy between the two charts is primarily a result of the number of days with precipitation not taken into account in the first graph. If most of the rain falls in 3 or 4 days, the PW from those days is averaged with the PW from the other 57 or 58 days and thus blends in with the other values. 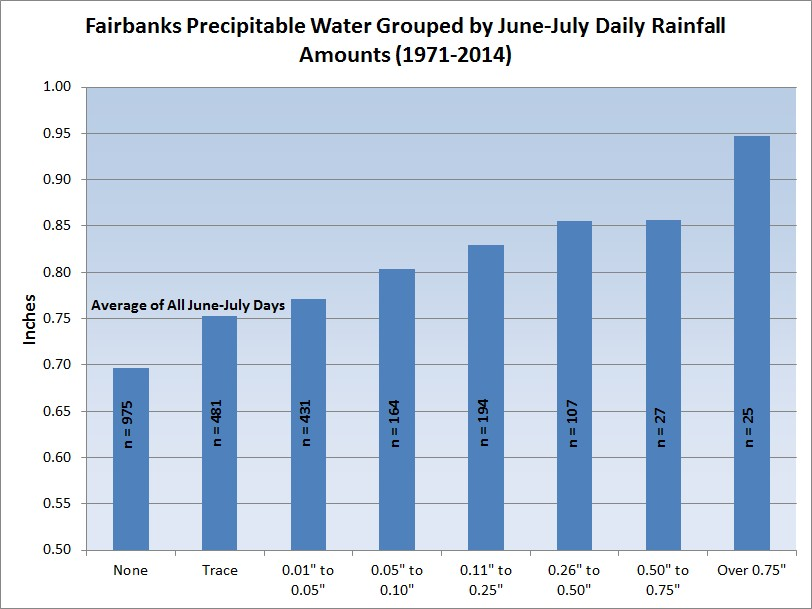 
Note: Here is a site ( http://www.crh.noaa.gov/unr/?n=pw ) that has PW climatology for all upper air stations in the U.S.
Posted by Climatologist49 at 2:18 PM

Email ThisBlogThis!Share to TwitterShare to FacebookShare to Pinterest
Labels: Precipitation