Wet But Not Thundery

With the June rainfall record having been broken this year in Fairbanks, and with July already in the top 10 wettest on record, it is interesting to consider that thunder has been reported only twice this year at Fairbanks airport (June 8 and 23); and these two events contributed zero precipitation to the June total.  This led me to wonder if very wet summer months are typically lacking in thunder in Fairbanks.  If so, this suggests a very non-linear relationship of thunder to total precipitation, because very dry weather would also tend to be associated with a lack of thunder.

In conclusion, the wettest summer extremes in Fairbanks are not associated with much-enhanced thunderstorm activity, but in fact quite the reverse: thunderstorms are less common in the weather patterns that bring the wettest conditions.  This is evident also in the history of heaviest daily rainfall amounts: of the top 20 one-day rainfall events in June and July (for years with hourly weather reports available), only 5 days reported thunder. 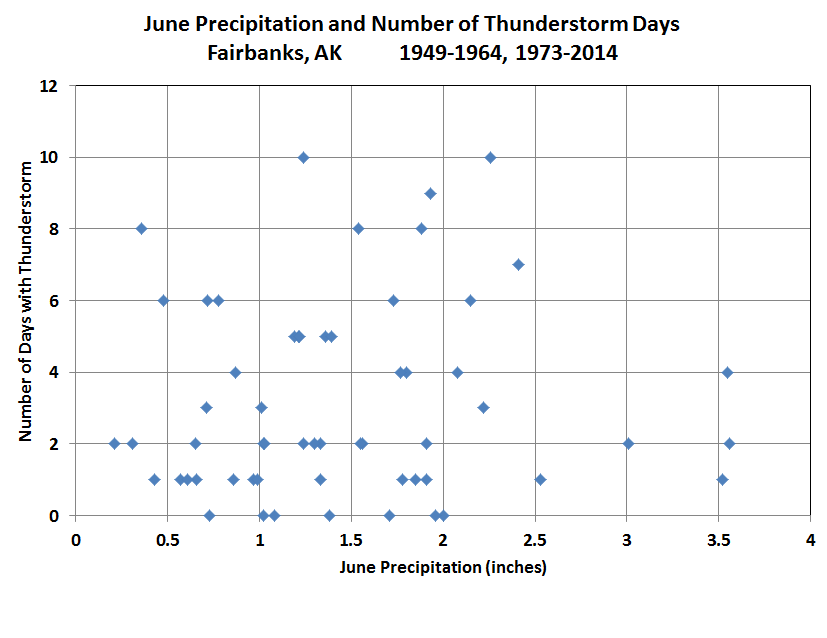 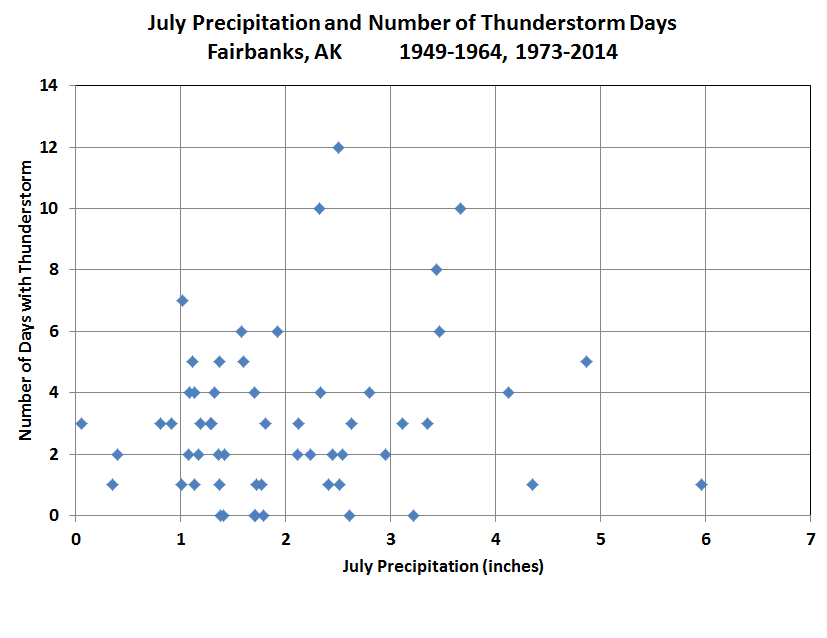 Posted by Richard James at 5:13 PM