Arctic sea ice extent appears to have reached its seasonal minimum in the past day or two.  The National Snow and Ice Data Center has not yet "called" the minimum but indicated a few days ago that the minimum extent would be slightly lower than last year.  However, the Danish Meteorological Institute graphic suggests that the ice extent is very slightly higher than last year (see below).  Regardless, this year's ice extent has followed a similar path to 2013 throughout the melt season. 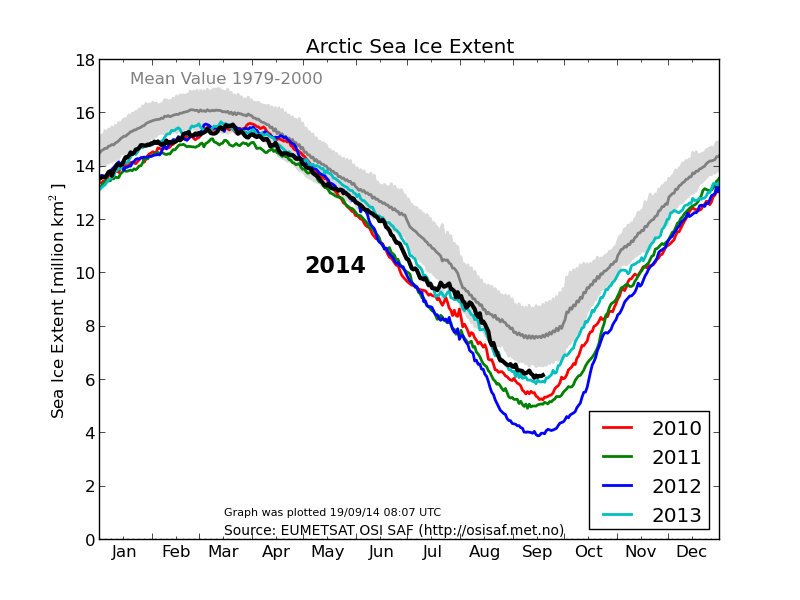 It's worth noting that the CFSv2 computer model forecast of significantly increased ice extent this year was flat-out wrong.  We discussed the forecast here and here.  Given the magnitude of the anomaly in the forecast, this is quite a bust.

Here are some other figures to document this year's ice cover at seasonal minimum, courtesy of the University of Illinois and NSIDC. 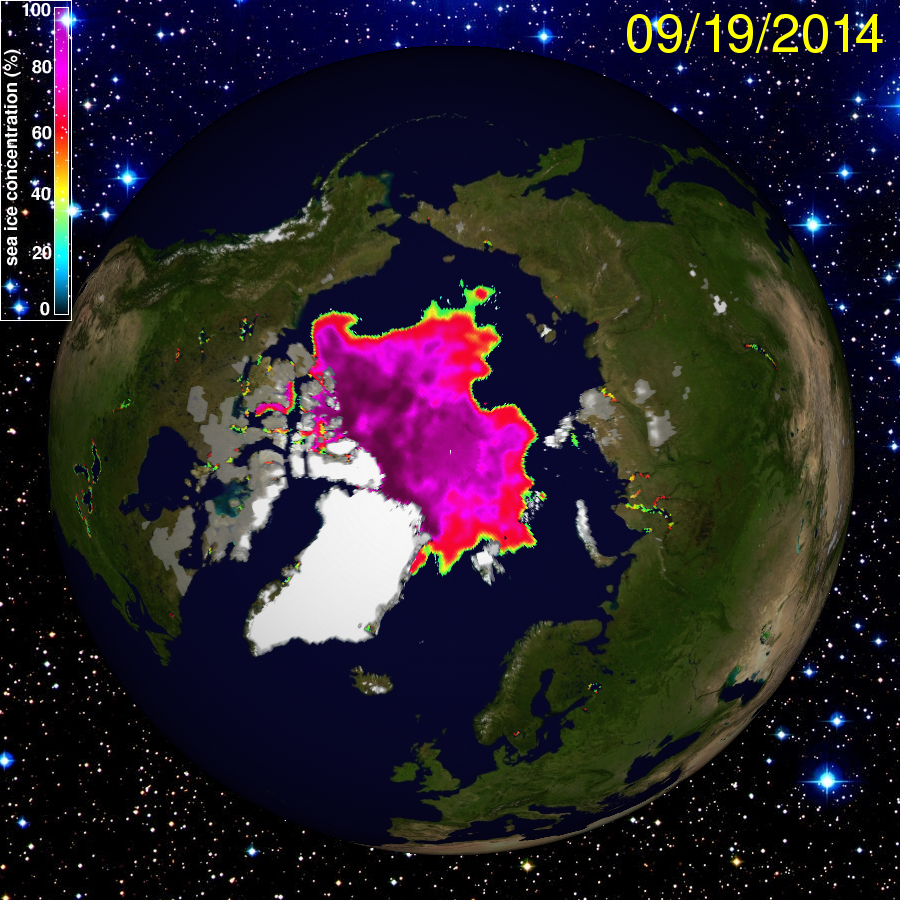 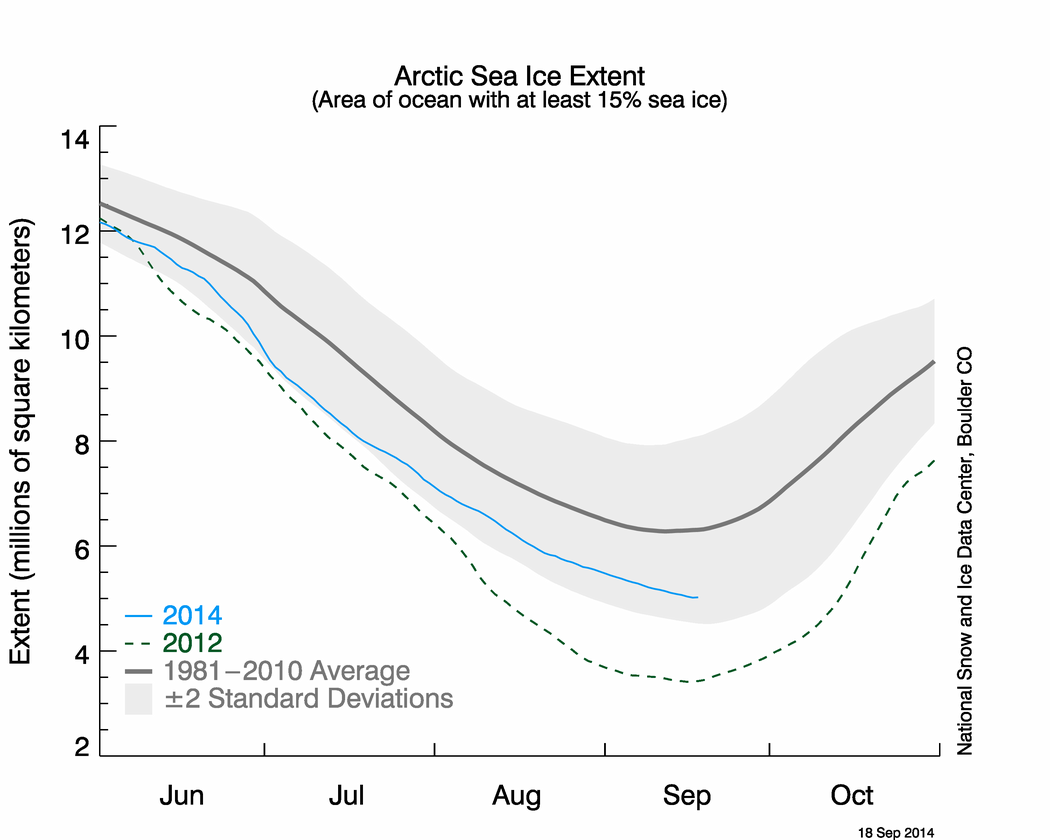 Posted by Richard James at 1:28 PM