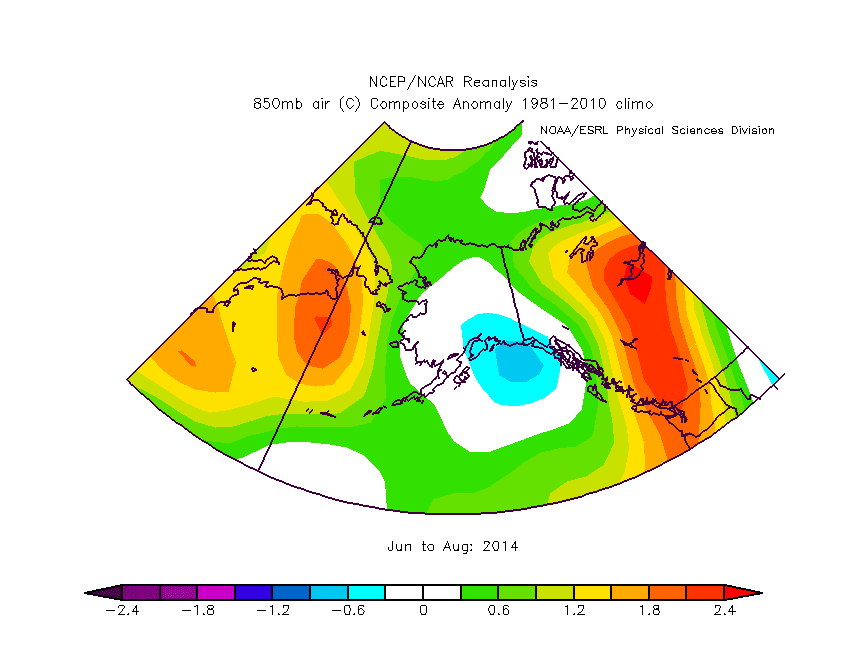 However, this conclusion would be incorrect, as in fact surface temperatures were significantly below normal at several interior stations and also at Barrow, while the southwest - and especially Cold Bay - were very warm. 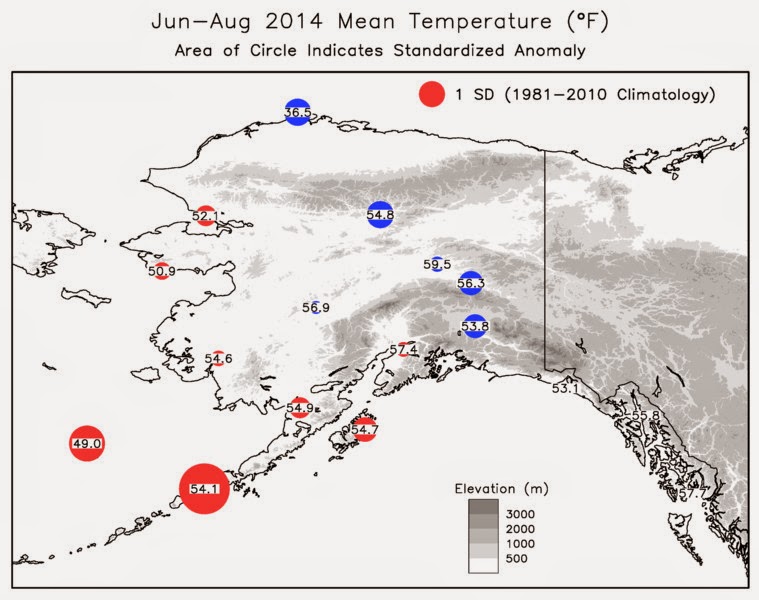 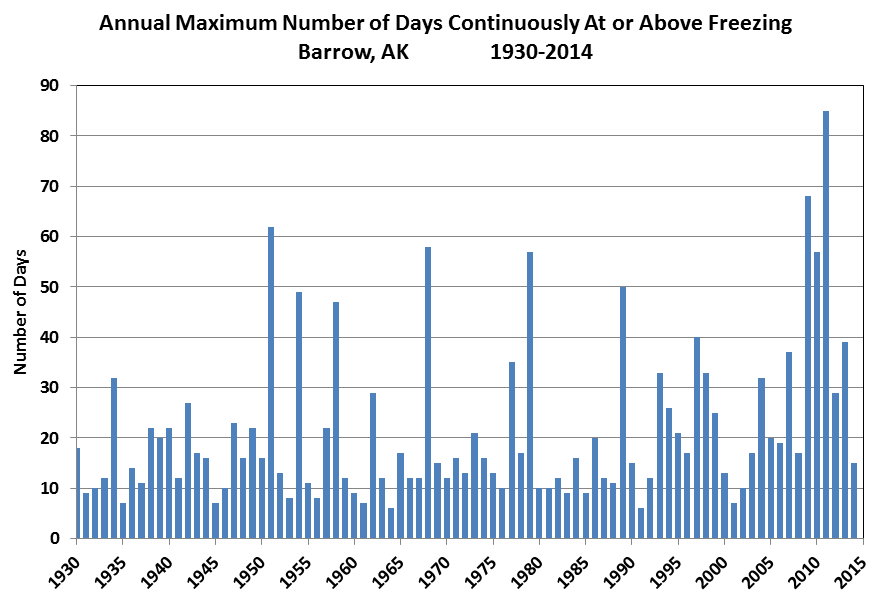 The charts below show the time-height cross-sections of temperature (departure from normal) at Cold Bay and Barrow for the summer months.  At both locations it's clear that the temperature anomaly was strongly focused near the surface, i.e. mainly below 2000 feet above sea level.  At Cold Bay the warmth was directly related to the very warm water temperatures in the North Pacific, and at Barrow the anomaly was caused by persistent low-level northerly flow and a cold low-level Arctic air mass.  Higher up in the troposphere the temperatures fluctuated but remained close to normal on average at both locations, as we saw in the 850 mb temperature map. 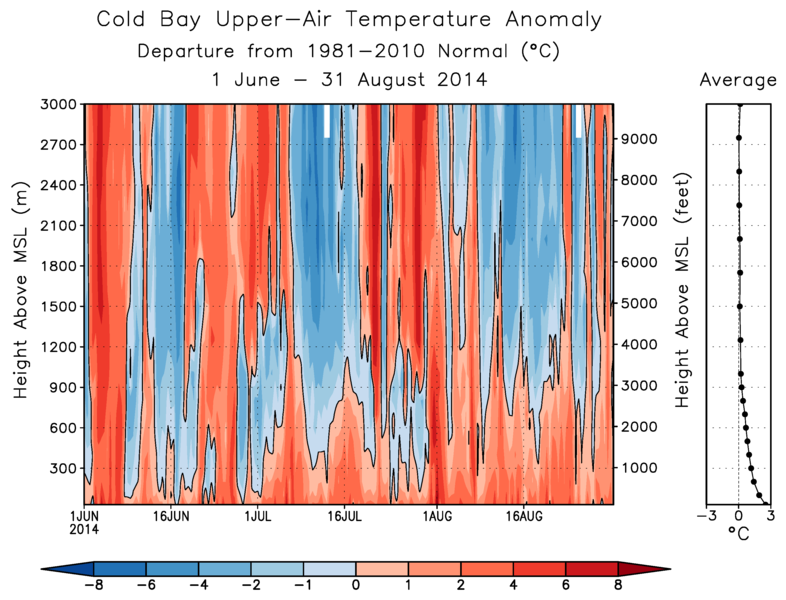 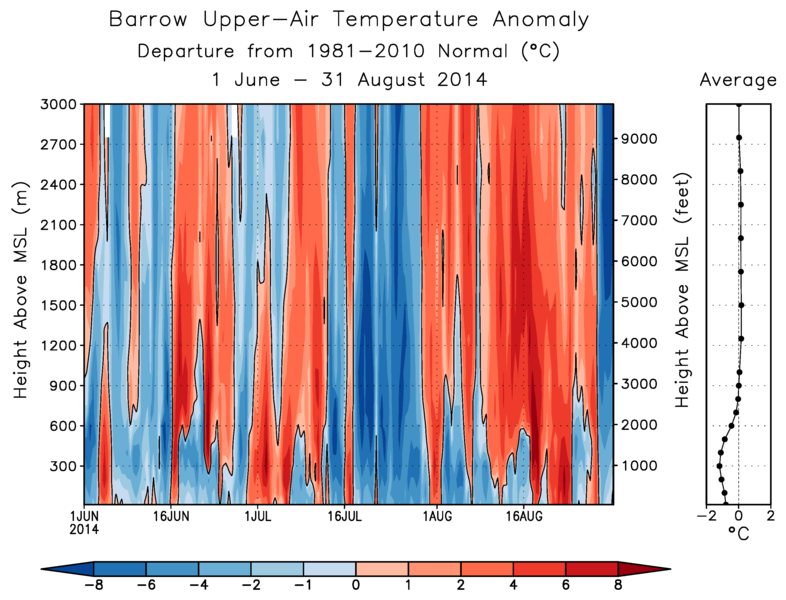 For the sake of interest I'll throw in the Fairbanks chart, where we see that there was little variation of temperature anomaly with height; cooler than normal temperatures were the rule in June and July, but August was a good deal warmer. 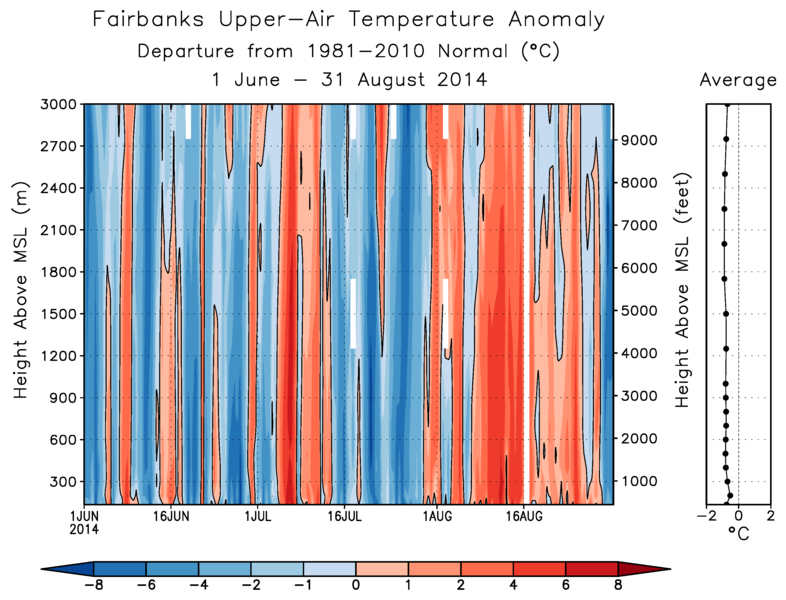