Regular reader Mike asked if we could take a look at the long-term trends in 850 mb and surface-level temperatures over the interior, with a particular focus on whether surface temperatures are warming more rapidly than temperatures aloft.  For an initial look at this, I pulled out the data for Fairbanks airport since 1950, because a direct comparison between the two levels is possible at this location.  The charts below show the 64-year history of mean temperature anomalies for each of the conventional meteorological seasons.  The red and blue lines at the top of each chart show the 850 mb (blue) and surface (red) temperature anomaly relative to the 1981-2010 normal, and the green columns show the difference between the two (surface minus 850 mb anomaly).  If the surface has warmed more than the 850 mb level, then we would see a general upward trend in the green columns. 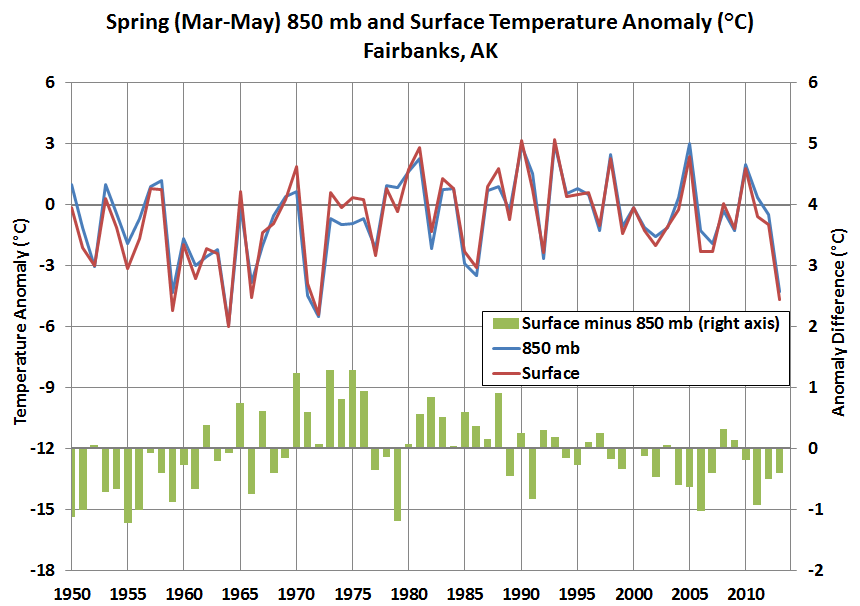 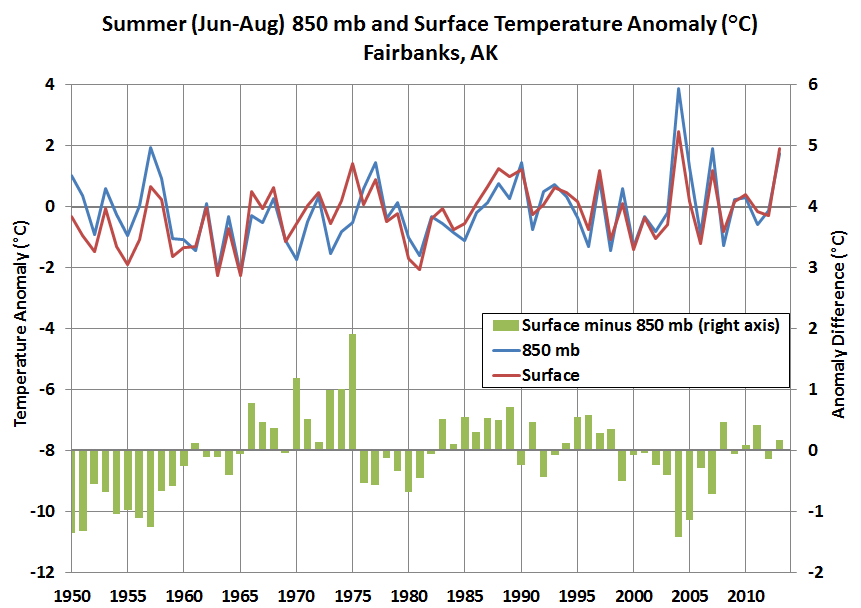 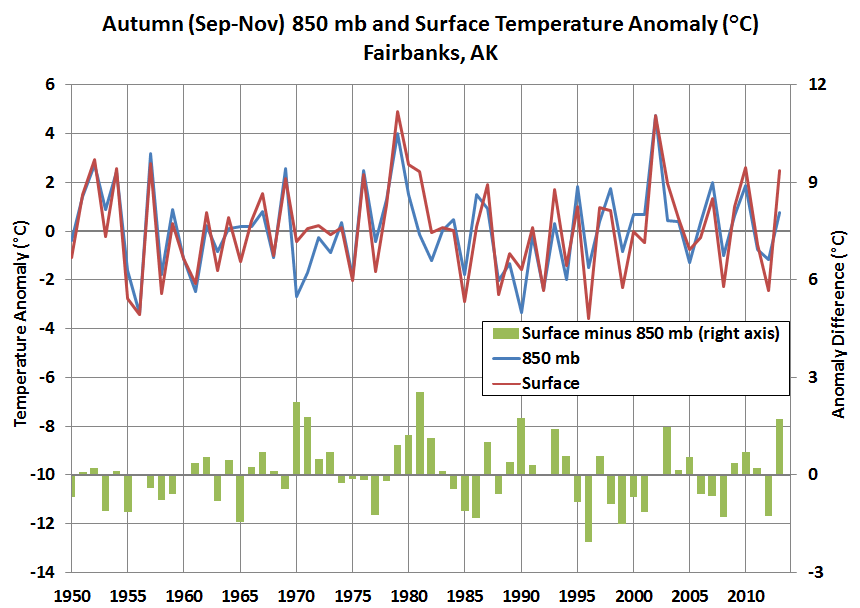 The long-term trends are summarized in the following chart, which demonstrates that winter has seen by far the most significant warming over the long haul, and autumn has seen almost none.  It's also clear that the surface has indeed warmed slightly more than the 850 mb level, but the difference is quite small. 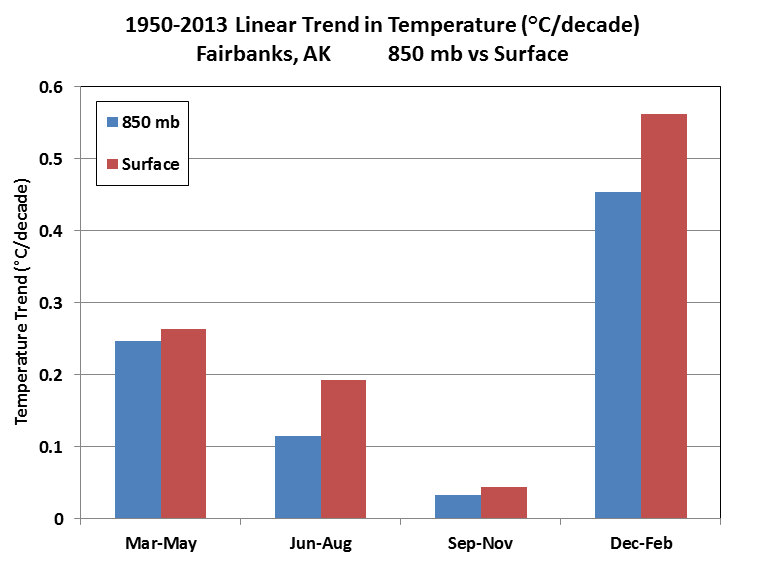 There are a number of interesting aspects of the data that seem to be worth commenting on.  First, the great Pacific climate shift of 1976, i.e. the switch to a positive PDO phase, stands out very clearly in the winter temperature chart.  There has been no long-term winter warming since 1976, but then the PDO phase has been more often negative in recent years, so we might expect this.  In fact, if the PDO was all there was to it, then temperatures would have dropped more in recent years.

Second, the 1976 PDO shift also appears to be evident in the spring temperature anomalies, but much less so in the summer and autumn.

Third, it's interesting that autumn does not show more warming because of the loss of Arctic sea ice; we recently discussed the remarkable warming in October over much of Alaska, but Brian showed that Novembers have been cold lately; so the October and November changes have opposing contributions to the overall autumn anomaly in Fairbanks.

Fourth, there is a suggestion that the surface-850mb differences peaked in the 1970s and 1980s, and were more negative both early and late in the history - especially for spring and summer.  The Atlantic Multidecadal Oscillation (AMO) was negative in the 70s and 80s, and positive on either side, so I wonder if there is a causal relation.

Finally, I couldn't help but notice that the autumn temperature anomalies seem to show a rather regular zig-zag pattern from year to year at times, i.e. the inter-annual variations look less random than in the other seasons.  More analysis would be required to assess whether this is unlikely to be just a coincidence.