I couldn't resist a brief post about the chilly temperatures being reported today from the new high-quality CRN station at Ivotuk on the north side of the Brooks Range.  The new station has been in operation since mid-June and promises to supply a wealth of interesting data in years to come.  This morning the temperature dropped to 6 °F there, and the chill in the surrounding area is evident from the VIIRS I05 band thermal infrared image provided by the Suomi NPP satellite at 4:20 am AKST today (click on the image for a larger version). 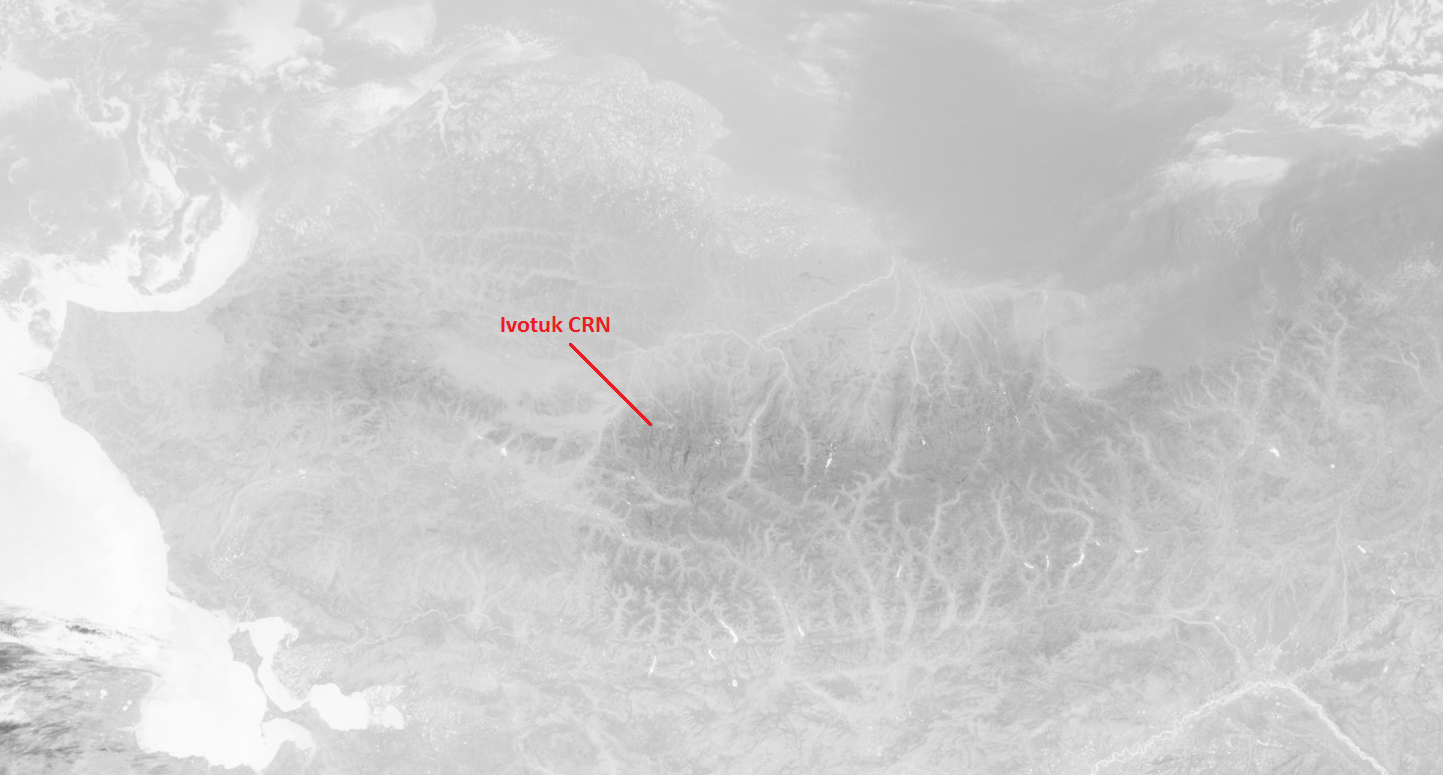 Kotzebue Sound is visible in the lower left and the Yukon River in the lower right; darker shades are colder, so unfrozen ocean, lakes, and rivers appear white.  Interestingly, the Brooks Range river valleys were warmer than the high terrain this morning, which I assume must be because the valley bottoms are snow-free, while most of the higher terrain is snow-covered.  However, an exception to this is seen near Ivotuk, as some of the high-elevation valleys just to the southeast of Ivotuk were very cold.

The table below shows the five-minute temperature observations from the Ivotuk CRN station since midnight local time.

[Update: it appears there is no credible historical report of a temperature this low so early in the season in Alaska.  More investigation might be warranted to confirm this.  I expect the Ivotuk station will set many new records of this sort in coming years.] 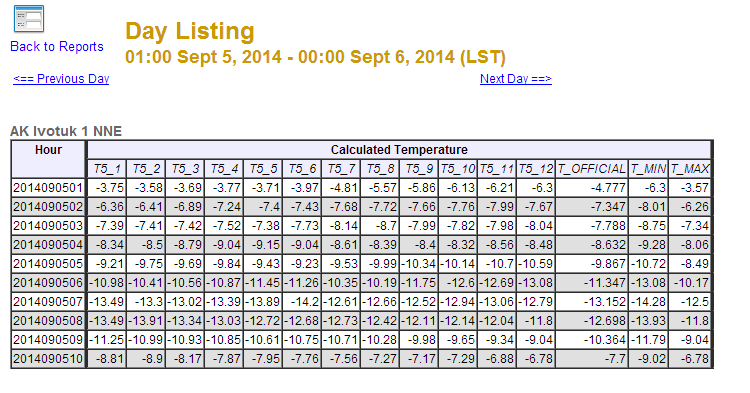