The forecast for Fairbanks on Tuesday includes a mention of snow for higher elevations. Here is the text-based forecast issued at 4:00 p.m. AKDT for Zone 222:

TUESDAY...MOSTLY CLOUDY. RAIN LIKELY...MIXED WITH SNOW ABOVE
1500 FEET. UP TO 1 INCH OF SNOW ACCUMULATION. HIGHS IN THE MID
40S. LIGHT WINDS.

TUESDAY NIGHT...MOSTLY CLOUDY WITH RAIN AND SNOW LIKELY IN THE
EVENING...THEN DECREASING CLOUDS AFTER MIDNIGHT. NO SNOW
ACCUMULATION. LOWS IN THE 20S. WEST WINDS TO 10 MPH.

There are several places around Fairbanks that are greater than 1,500' above sea level. The only one with at least 15 years of snowfall data is Keystone Ridge. If they receive the forecasted 1" of snow, it would be 2 days earlier than the median date of September 25th. All other stations have a median first snow date between September 30th and October 4th. As the map in Figure 1 indicates, the first snow has been as late as the end of October or even early November! 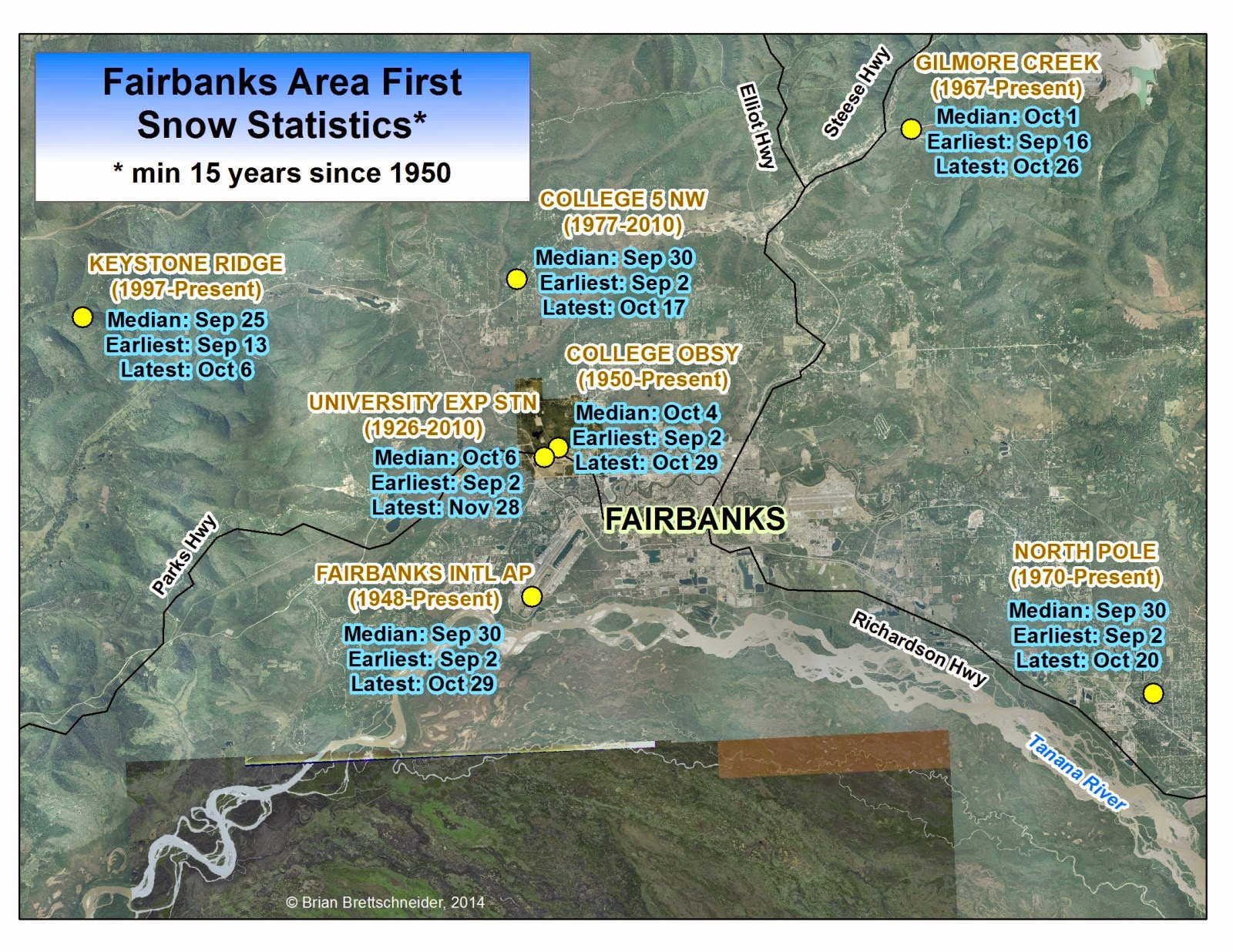 Figure 1. Dates of first snowfalls for stations around Fairbanks with at least 15 years of complete snowfall data since 1950. 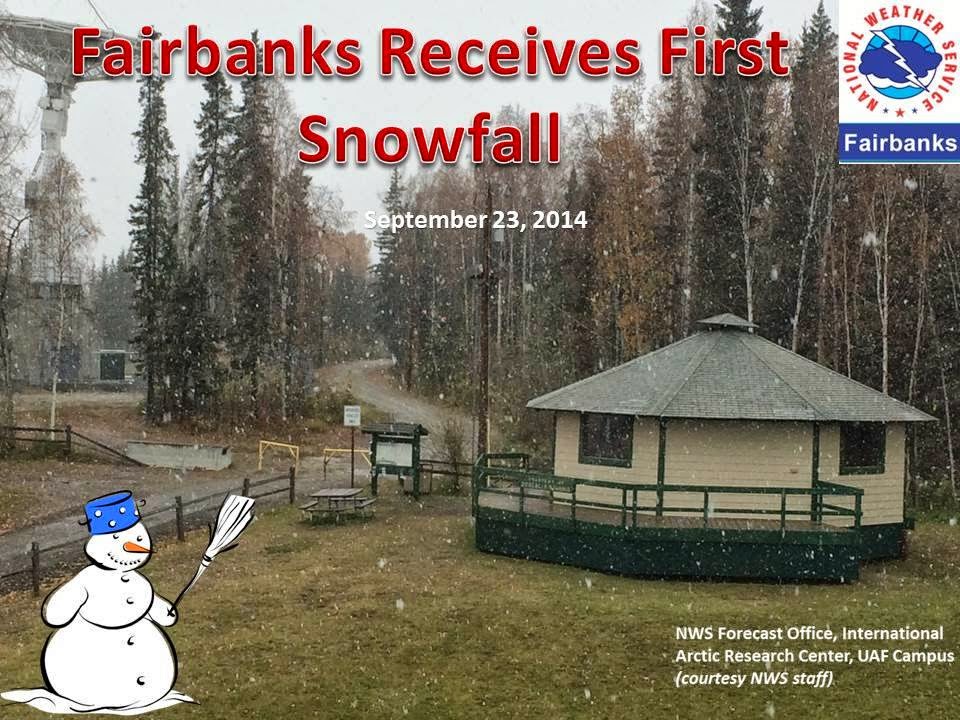