Fairbanks airport reported light snow for more than 12 hours this morning, but with temperatures no lower than 34 °F there was little or no accumulation on the valley bottom.  However, on UAF West Ridge, at over 600 feet elevation, the temperature was close to 32 °F and there was accumulation for a while before diurnal warming led to melting.  Up on Keystone Ridge (1600'), the accumulation was 3.5" by mid-afternoon.  See below for photos: the first courtesy of the Alaska Climate Research Center webcam this morning, and the second from Keystone Ridge at about noon AKDT. 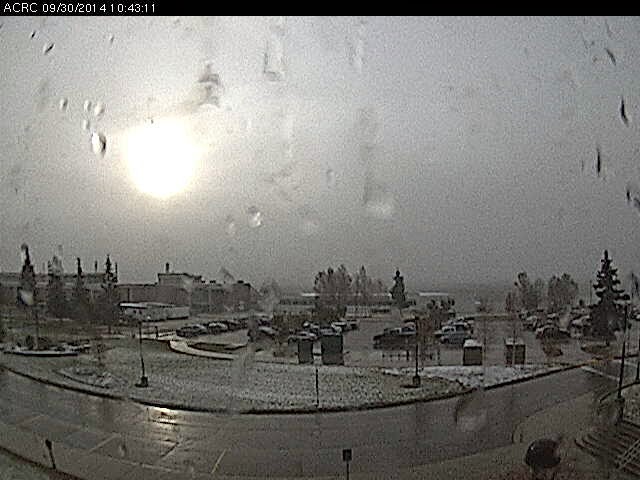 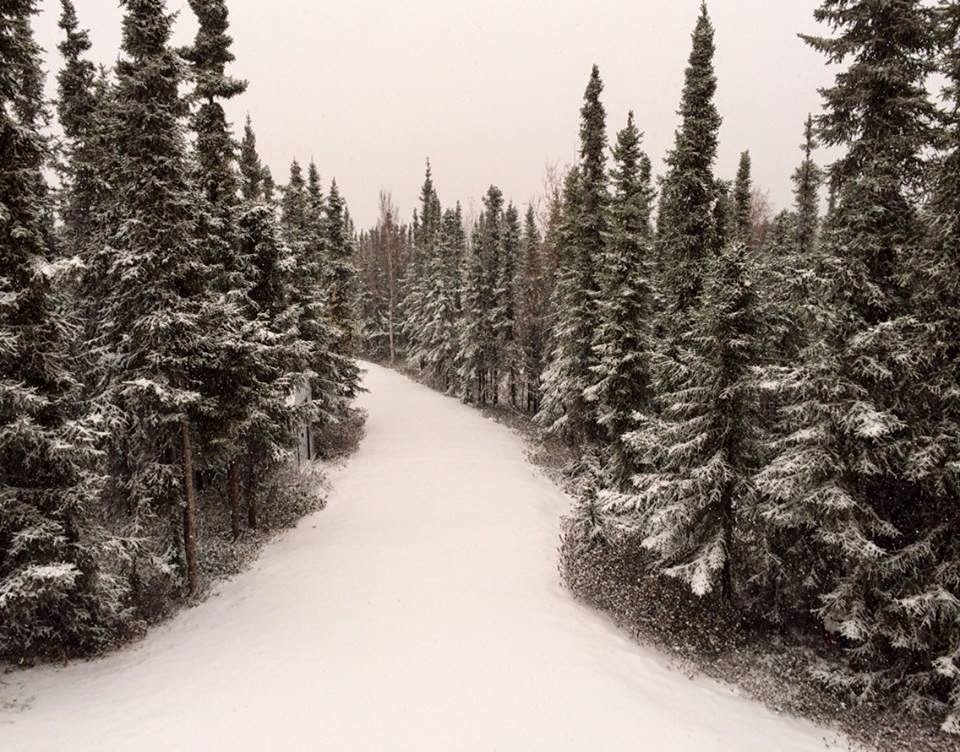 In the 18-year history of observations on Keystone Ridge, measurable snow has been on the ground on September 30 on 9 occasions; and this snow remained throughout the winter in 6 of 9 cases.  So we might estimate approximately a two-thirds chance that today's snowfall represents the establishment of the permanent winter snowpack in the hills around Fairbanks; although with a healthy 3.5 inches reported, and below-normal temperatures expected by Friday, it seems the odds may be higher than that.
Posted by Richard James at 5:25 PM