A few items of follow-up in relation to recent posts may be of interest to some readers.  First, the year-to-date temperature time series plot from Cold Bay is quite breathtaking in terms of the persistence and magnitude of the unusual warmth.  Nearly 60 percent of days in 2014 have been at least 1 standard deviation warmer than the 1981-2010 normal. 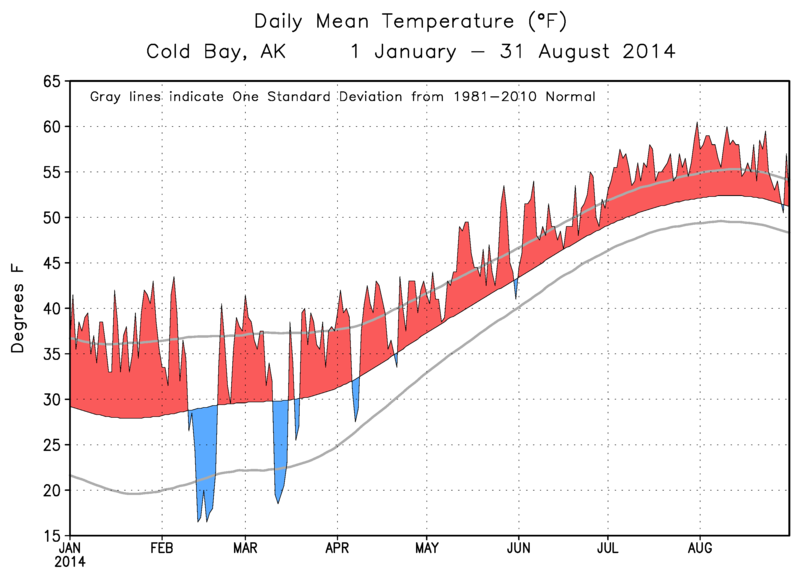 Second, Brian reminded me that global reanalysis data allows for a large-scale view of the remarkable October warming that has taken place over Alaska since 2002.  The three maps below show the differences of the 850 mb temperature, 850 mb height, and 500 mb height, between the two periods 1981-2001 and 2002-2013.  The large-scale warming and higher pressure over the Arctic are notable, but we also see the low pressure in the Bering Sea that has caused warm air to be transported north across Alaska in the autumn. 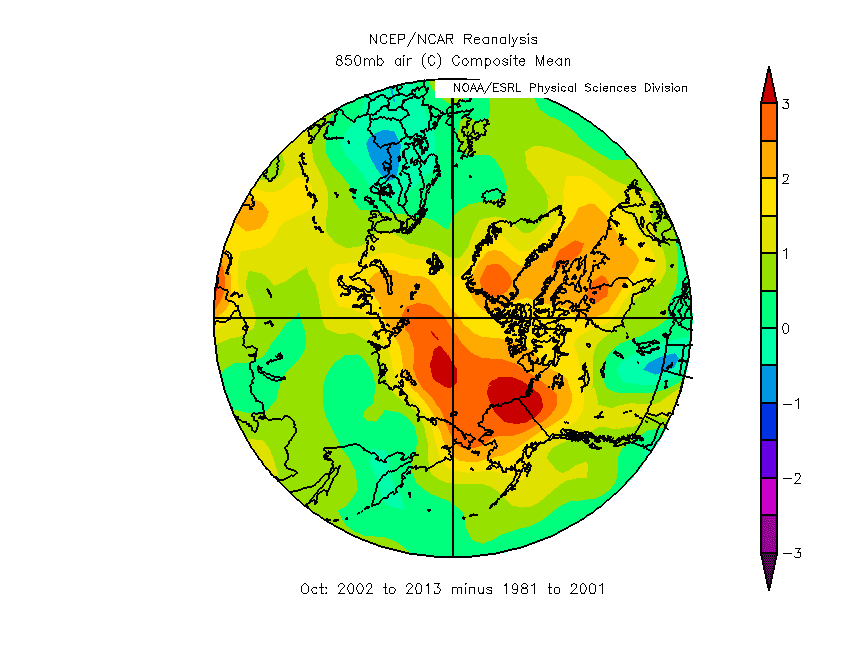 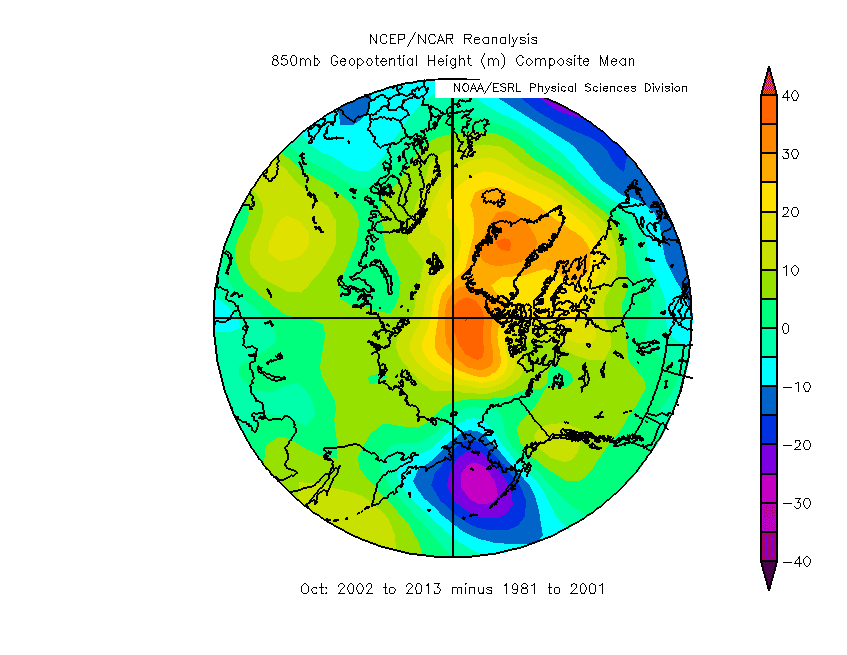 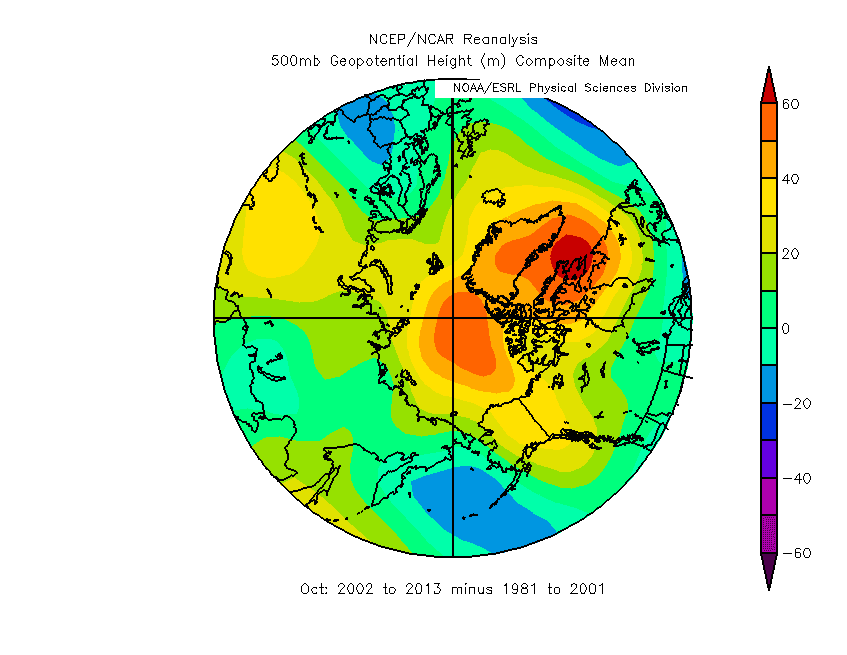 Finally, reader Gary helpfully linked to the Ivotuk website showing webcam images from this remote location.  Mostly for my own interest, I put together a simple page showing thumbnails of the most recent images from several North Slope webcam locations; the images may be enlarged by clicking on them (and a second click shrinks them again).  The page may take a while to load because it pre-loads all the images.

Note that several other North Slope webcams are available at the FAA Aviation Camera page:  http://avcams.faa.gov/

Posted by Richard James at 8:29 AM