After a chilly start to September, the temperature trend has gone into reverse and brought unseasonably late warmth to interior and northern Alaska.  The temperature exceeded 70°F in Fairbanks today, which happens this late in the season in only about 15% of years.  A strong low pressure system in the Bering Sea is largely responsible for the deep southerly flow that has brought warmth northward; heavy rain and strong winds were experienced in southwestern Alaska today.  The visible satellite image below shows the enormous comma-cloud appearance of the storm this afternoon as it was getting wound up. 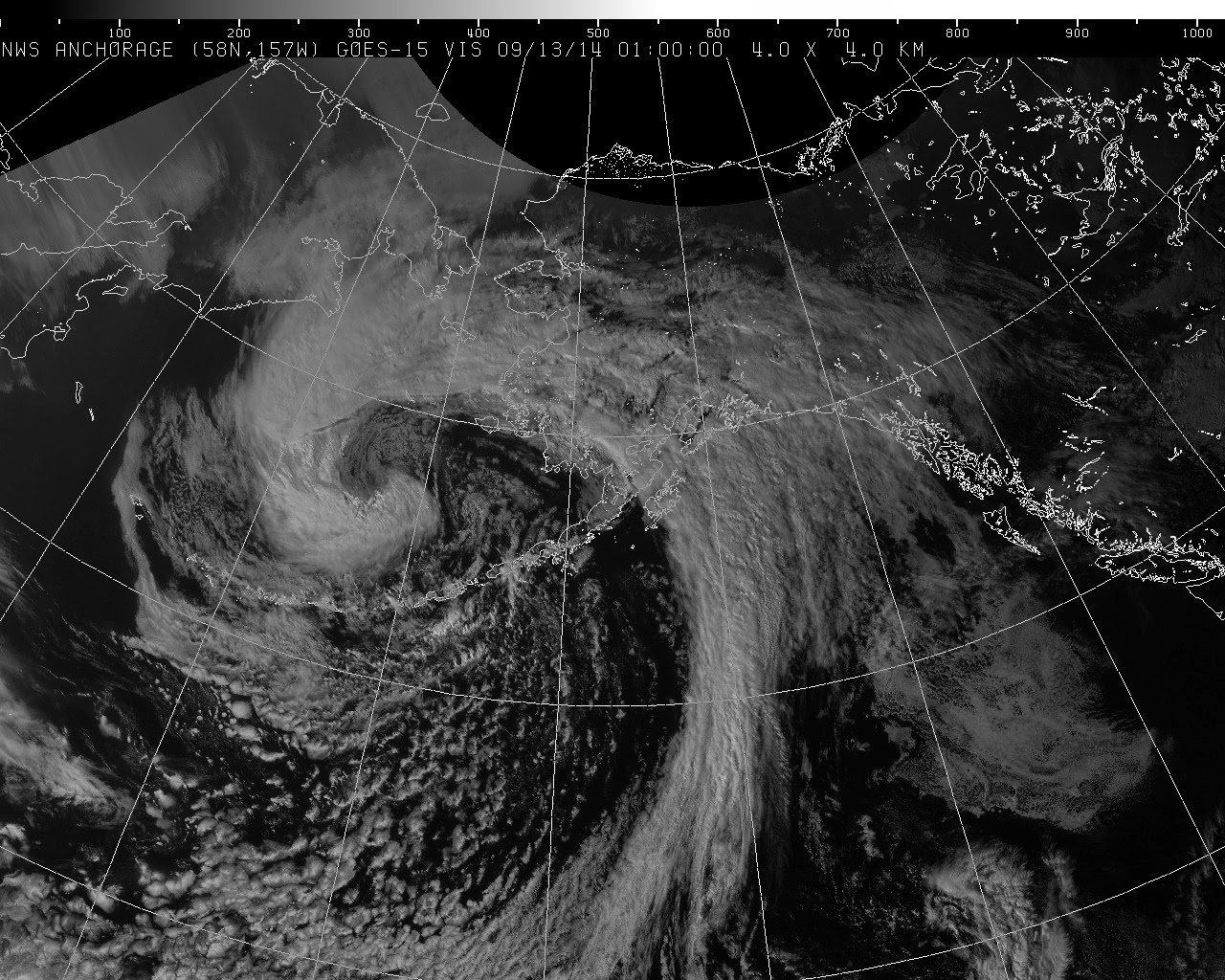 The rapid intensification of the storm is evident in two sea-level pressure analyses from Environment Canada - see below.  The first is from 4 pm AKDT yesterday and the second is from 10 am today; in the 18 hours between these maps, two distinct low pressure centers merged and a rapid deepening was observed.

The more southerly of the two low pressure centers at 4 pm yesterday was the remnants of Tropical Storm Fengshen, which passed to the south of Japan on Monday as a 60-knot storm.  I'm no expert on the extratropical transition of tropical cyclones, but it's likely that the deep tropical moisture associated with the southern storm helped feed the intensification of the combined system.  Ironic as it may seem, the climate of Alaska is closely tied to events in the tropics.

Update: here's a wonderful infrared satellite image of the storm on Saturday morning, as linked by Gary in a comment.  The image is from the water vapor band, so light areas show regions of cloud and/or high humidity in the middle to upper atmosphere, while darker areas represent low humidity aloft (not close to the surface). 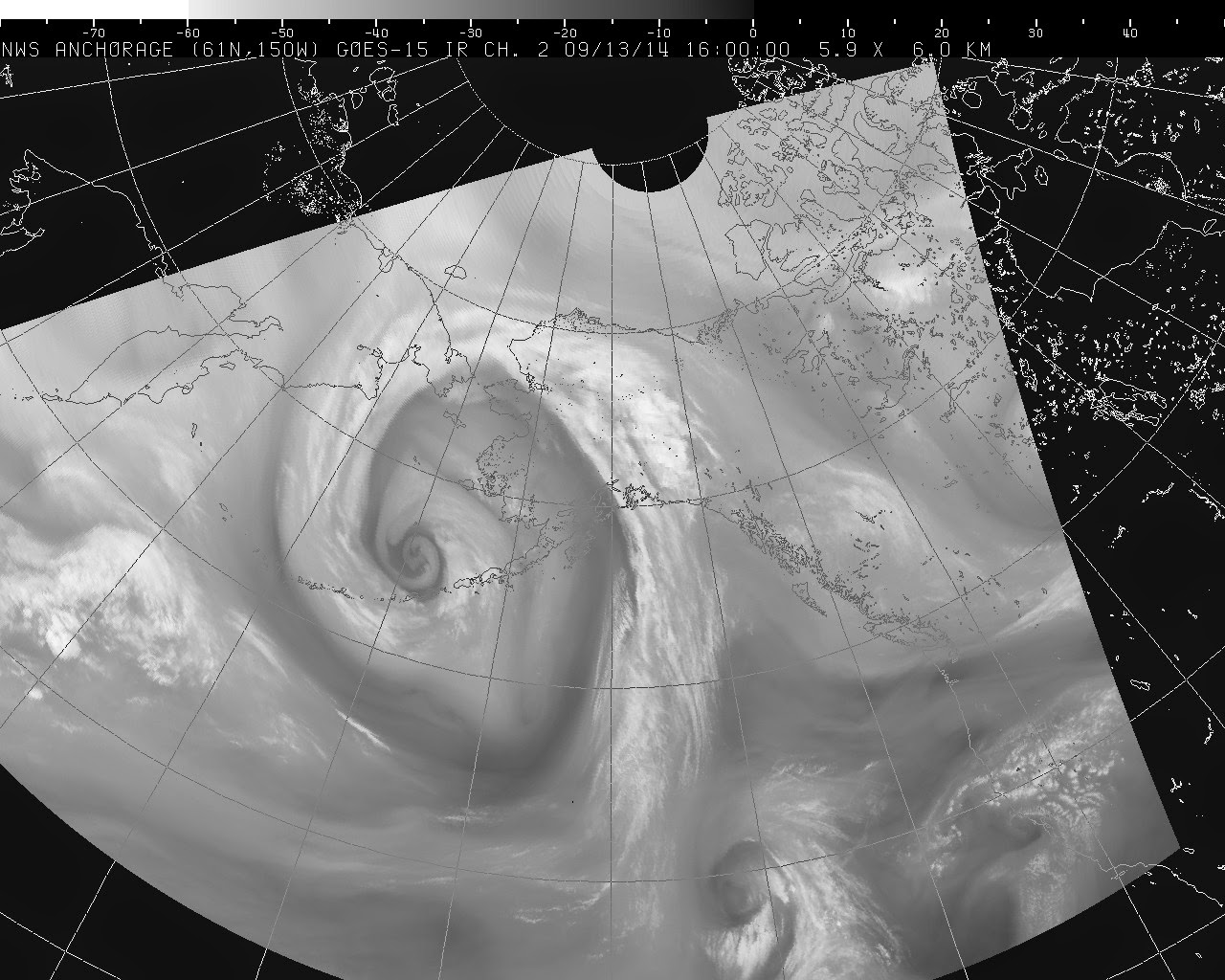