In my last post I looked at recent temperatures observed by the balloon soundings from Barrow and Fairbanks, as compared to the 1981-2010 climatology (normal).  I thought it would be interesting also to look at the temperature climatology itself to see if there is anything to learn.  Starting with Fairbanks, the images below show, in the top panel, the normal temperature throughout the year in the lowest ~8000 feet of the atmosphere,
and in the lower panel, the lapse rate (multiplied by -1 for easier interpretation).  The first image shows the normals for 12 UTC (3am AKST), and the second image shows 00 UTC (3pm AKST).  Click on the images for a better view; discussion is below. 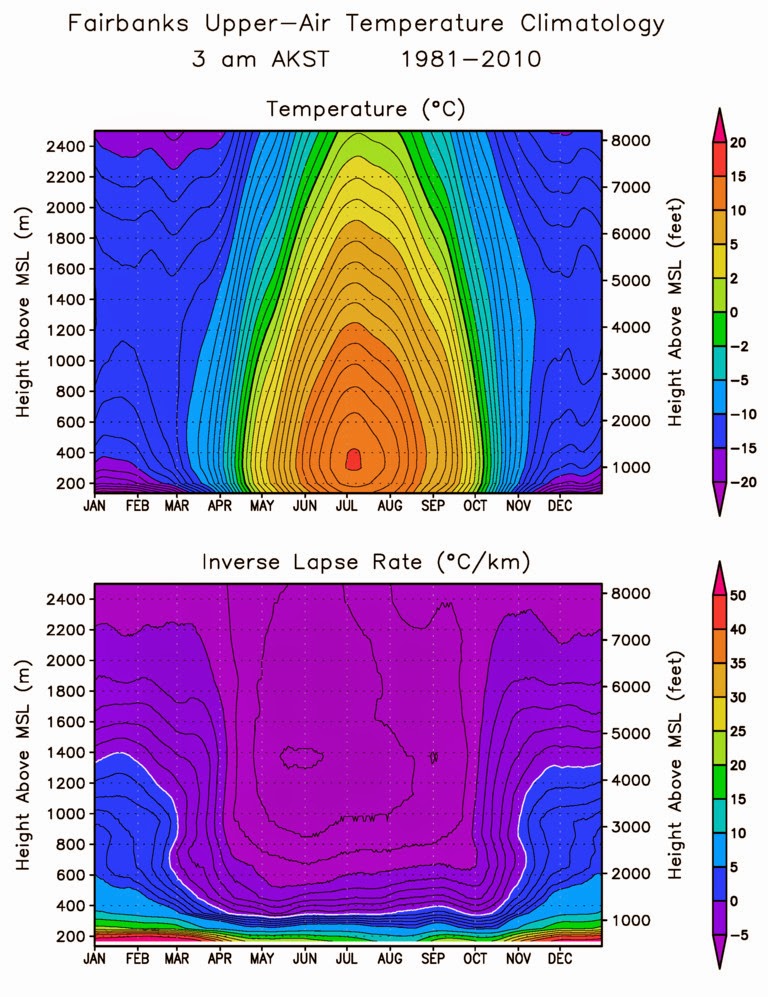 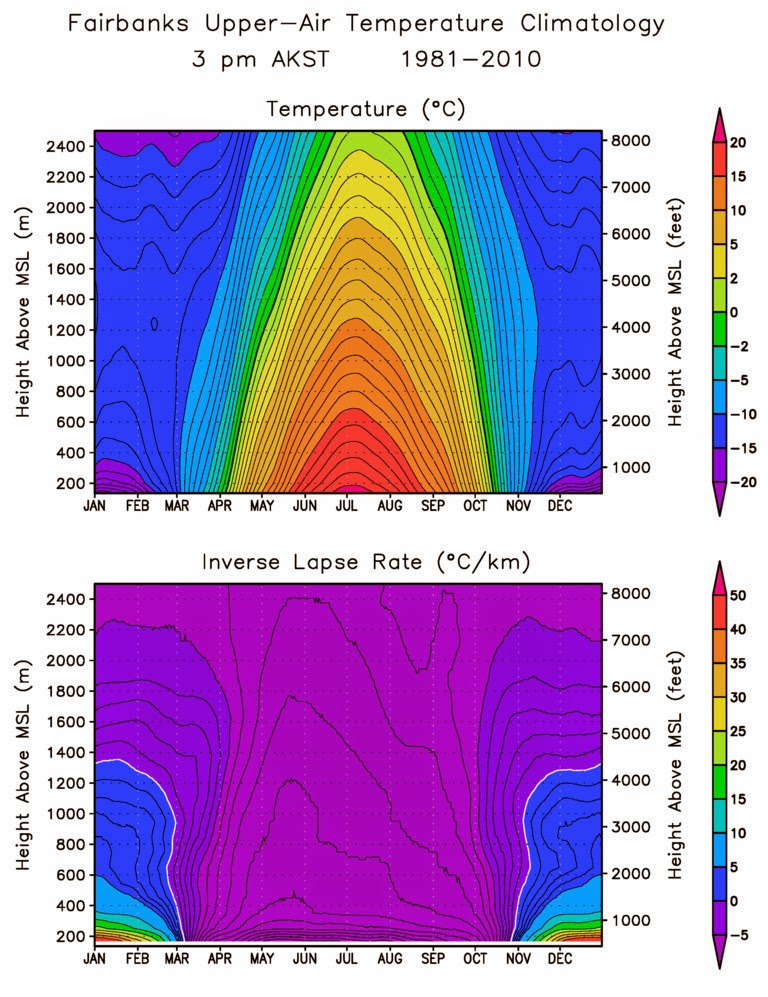 There is not too much surprising in the Fairbanks climatology, for those familiar with the march of the seasons in the Alaskan interior.  From late October through early March the "normal" sounding shows a low-level temperature inversion even in the afternoon, and the inversion remains strong throughout the day in December and January.  For three months of deep winter (mid-November to mid-February), it is usual for the temperature lapse rate to be inverted to above 4000 feet elevation, i.e. the warmest temperature in the sounding typically occurs above 4000 feet.

The most interesting feature of the warm-season climatology may be the "super-adiabatic" lapse rate near the surface that is seen at 3pm from late March all the way through the beginning of October.  A super-adiabatic layer has temperature decreasing with height at more than 9.8 °C/km, which means that the layer is absolutely unstable to dry convective overturning.  The phenomenon is ubiquitous over land surfaces around the world when there is adequate solar radiation, because strong solar heating of the ground causes the lowest layers of air to gain heat more quickly than any heat removal mechanism (radiation, conduction, convection) can transport it elsewhere.  The implications of such a layer are that thermally-driven turbulence will be active, a fact that aircraft pilots are well aware of.

The 3am lapse rate climatology shows that low-level inversions are typically found in the early morning throughout the year, but are shallow from March through most of October.   The morning inversion is weakest in early August, and also shows a slight secondary minimum in early October; both of these times correspond to increased cloud cover and precipitation frequency, but usually without snow on the ground.  As snow cover typically becomes established later in October, the morning inversion strength rapidly picks up owing to efficient radiative cooling.

Given the length of this post, I'll discuss the Barrow temperature climatology in a separate post soon.