Computer model forecasts are indicating that the end is near for the upper-level ridge and attendant warmth over eastern Alaska and western Canada; the pattern should soon be replaced with westerly flow and much cooler temperatures.  Of course, this is overdue for the time of year.  The images below show two of the leading computer model forecasts for the middle of next week (Wednesday afternoon Alaska time); the shading indicates temperature anomaly (departure from 1981-2010 normal) at 850 mb, and the dotted contours show the 500 mb heights, which run approximately parallel to the upper-level flow.

Although the outcome could differ quite a bit from these model predictions (a week is a long time in Alaska weather), both forecasts indicate major change.  Fast westerly flow is expected along with below-average temperatures across northern Alaska.  Translation: much cooler in the interior and north, with rain likely for many places. 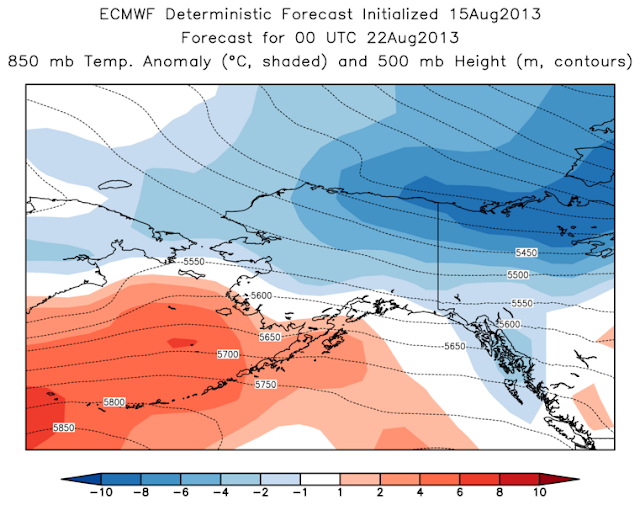 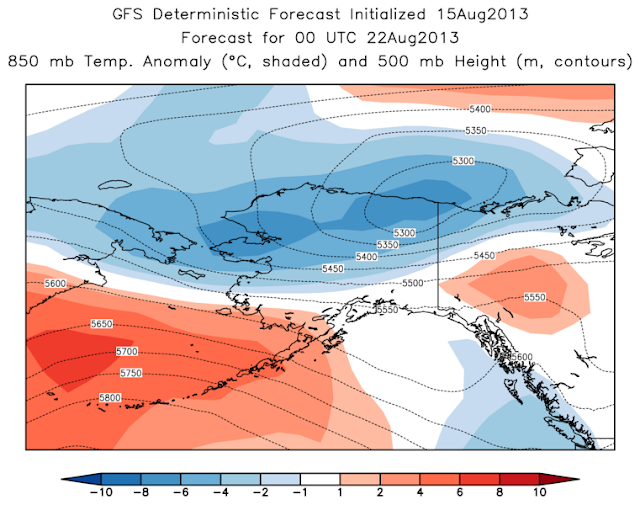 Posted by Richard James at 3:37 AM