Two brief items of interest.  First, here's a nice summary graphic for "summer 2013" that Rick showed on Thursday at a NOAA "state of the climate" national briefing. 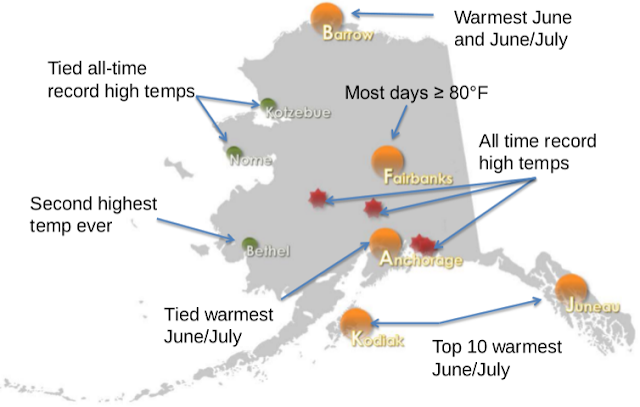 Second, after some discussion prompted by reader Mike, I created an animation of recent Arctic temperatures and temperature anomalies.  It's nice to be able to track the development of cold air masses as winter begins in the high Arctic.  Here's the link; the data should update once a day.  It may take a few seconds for all the images to load.


Here's last night's temperature analysis.  The air mass north of Alaska and Canada's Arctic Archipelago is unusually cold for the season, but temperatures are well above normal north of Scandinavia. 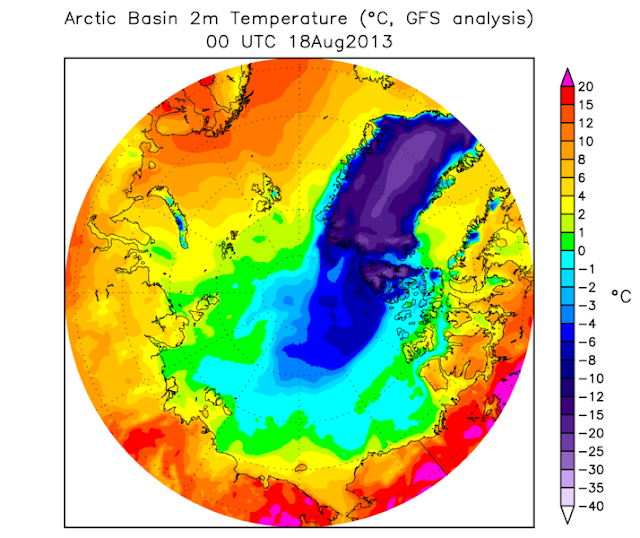