Here's a nice visible satellite picture of the low pressure system currently spinning over the ocean south of the Alaska Peninsula.  The low was analyzed at 983 mb this morning, making it the deepest low to the south of Alaska since April.  Far to the northeast, over Canada's Northwest Territories and Arctic Archipelago, there is an enormous blocking ridge, as evidenced by the mostly clear skies in the interior. 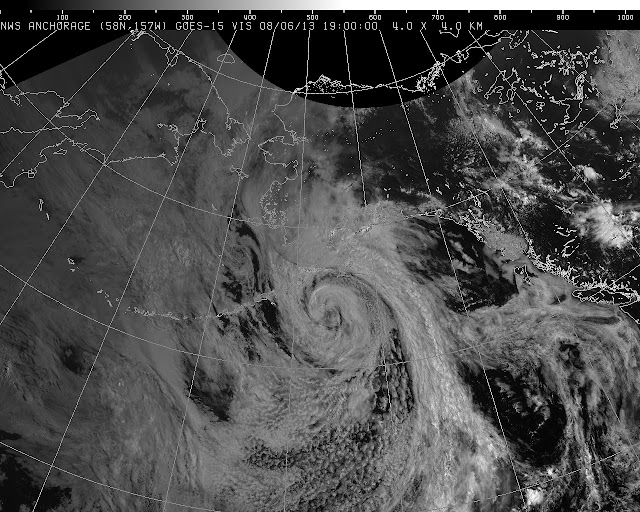 As the low weakens and pulls back to Bristol Bay in the next couple of days, a powerful surge of warm air will be drawn northwestward across interior and northern Alaska.  The most unusual conditions relative to normal may be along the eastern North Slope, where the computer models are indicating 850 mb temperatures above 15 °C by late tomorrow.  The forecast graphic below shows a time-height cross-section of temperature at Barter Island; the horizontal axis shows time (UTC) increasing to the right, beginning at 12 UTC (4 am AKDT) today, while the vertical axis indicates pressure in mb.

It seems rather likely that some high temperature records may be broken across northern Alaska in the next day or two. 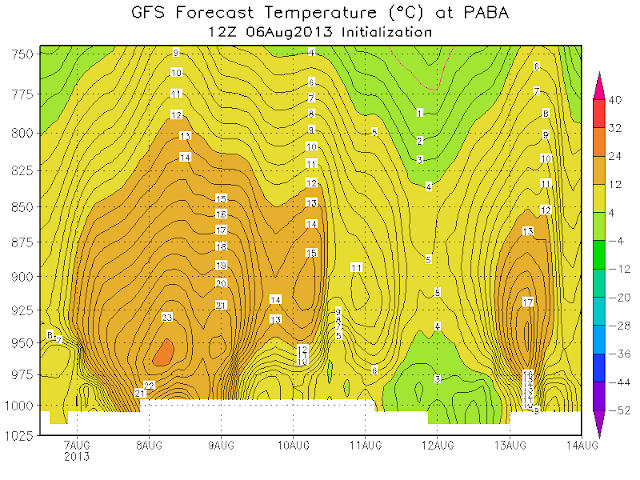