Here's some updated Fairbanks temperature and anomaly plots to compliment Brian's post Friday. First, the plot of the daily mean temperature reflected around the 1981-2010 normal: 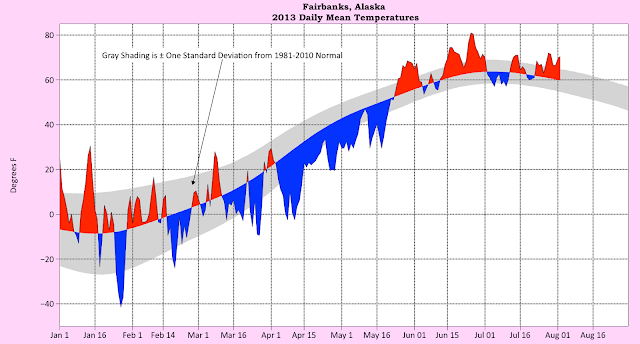 The sustained, though not monolithic warm weather since late May is evident. Next is the raw daily departure from normal (and for good measure the year to date running departure): 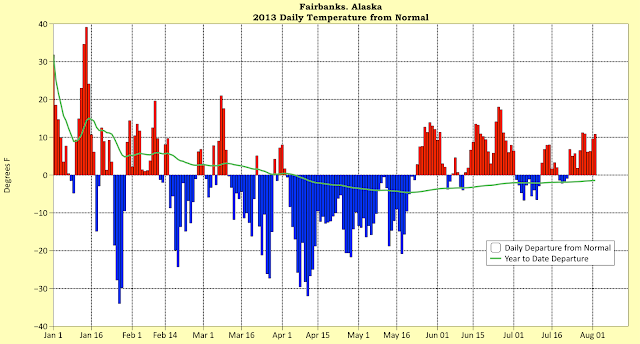 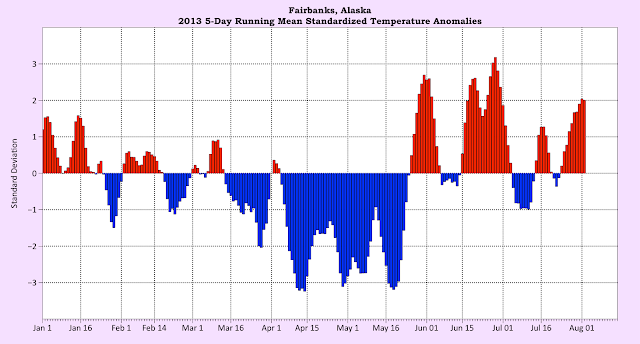 This is the five-day running standardized departure, which smooths the day to day variation and clearly illustrates that we've had a lot of unusual weather since late March.
Posted by Rick at 8:50 AM

Email ThisBlogThis!Share to TwitterShare to FacebookShare to Pinterest
Labels: Tempertaures