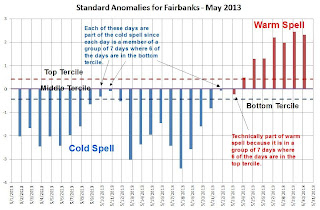 The next chart shows the length of cold spells in Fairbanks since 1920 using the methodology described above. The typical length of a cold spell is 13.5 days and has been nearly steady over the last 90 years. However, the time interval between cold spells has not always been steady. 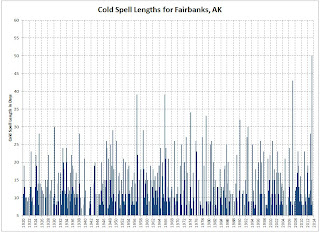 Here is the companion chart for warm spells in Fairbanks. The length of warm spells has increased from 13 days to 14 days over the last 90 years. However, as with cold spells, the interval between warm spells has not been uniform. 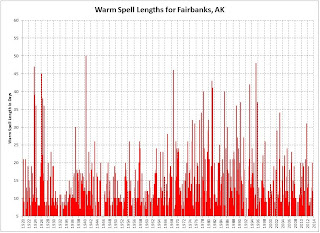 The final chart shows the number of days per year that Fairbanks has been in a cold spell (blue), a warm spell (red), and the combined number of days (black dashed). 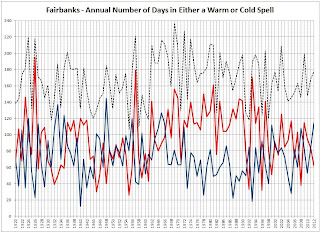 As stated earlier, I am interested in hearing the thoughts of others on the criteria described in the introductory paragraph.